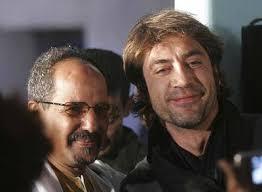 Mohamed Abdelaziz, a native of Marrakech, Morocco, had been Secretary General of the Polisario Front since 1976, a year after Morocco annexed the contested territory of the Western Sahara from Spanish colonial administration. During Abdelaziz's leadership, the Polisario Front pursued an obdurate secessionist campaign for independence, fighting a guerilla warfare from 1975 until 1991 when the UN brokered a ceasefire with the aim of establishing a referendum for self-determination. Almost three decades later, no such plebiscite has taken place and the conflict has effectively descended into a regional quagmire. Despite many UN attempts to negotiate a comprehensive settlement to the conflict, all parties continue to advance their own intransigent claims.

With Abdelaziz at the helm of the Polisario Front, the separatist movement's biggest achievement has undoubtedly been the high profile international attention this little known conflict has continued to garner. Abdelaziz's public relations approach has framed the conflict in colonial terms, as the Polisario, somewhat successfully cast the Moroccan annexation and subsequent rule over the Western Sahara as a foreign colonial occupation in violation of self-determination principles. In so doing, it managed to deemphasize the historical and cultural roots that link the region to Moroccan territorial claims. The success of this discourse of occupation was recently on display during the UN Secretary General Ban Ki Moon's visit to the Sahrawi camps. As the Secretary General toured the camps, he recklessly and most undiplomatically, called Morocco's control of the territory "an occupation" much to the furore of Morocco.

The Polisario increasingly capitalized on nongovernmental organizations' scathing reports of Moroccan human rights violations in the territory to frame the conflict as a struggle against authoritarianism. Abdelaziz even courted the support of celebrities like Spanish actor Javier Bardem, who made a documentary film, "Sons of the Clouds: The Last Colony," on the Western Sahara that claims to shed light on the Moroccan control of the territory and abuses of human rights. The documentary, probably wouldn't have caught anyone's attention, including a high-level congressional viewing, if it were not the project of the Hollywood A-lister and Oscar-winning actor.

Beyond the use of public relations and the media, Abdelaziz has rejected any proposals calling for anyting short of full independence of the territory, even when Morocco compromised in its position and offered a plan for Sahrawi autonomy under Moroccan sovereignty in 2007. The plan has US, France and Spain's support, but the Polisario and its patron, Algeria, have rejected the plan as a mere Moroccan attempt to legitimize its de facto control of the territory. The talks between the two parties (some say three parties including Algeria) to work on confidence-building measures have led nowhere over the last few years, and change in leadership of the Polisario will likely not result in any breakthrough in the polisario rejectionist position, that primarily centers around the right of the Sahrawis to self-determination. Such principle, while affirmed by international norms, is unlikely to yield any practical comprehensive solution to the conflict.

Modern conception of self-determination could grant people in the Western Sahara a choice for autonomy and sovereignty. However, it does not lay down the parameters of defining such people. A simple theoretical discussion on the evolution of the norm of self-determination leaves us with the contentious question of who is entitled to take part in deciding the future of the Western Sahara through the UN sponsored referendum. To be sure, the dizzying number of UN resolutions, as the Western Sahara conflict shows, fail to demarcate the contours within which an identity exists, while clearly positing the right of self-determination as sine qua non to self-governance. However, such conceptualization of the Western Sahara case also reflects the United Nations' lack of historical considerations of the territory, which could have enriched its understanding of the complex identity issues that are at stake for all parties involved in the conflict.

The application of self-determination also discounts historical relationships of allegiance that existed between Moroccan sultans and leading Sahrawi tribes. These allegiance rapports were recognized in the International Court of Justice's famous advisory opinion in 1975. Boundaries of the territory itself are colonial creations and were drawn with no respect for existing nomadic tribes that roamed the whole Saharan and Sahel regions. Self-determination of peoples, in the Western Sahara (as demarcated now), legitimizes colonial structures that were imposed in the first place. In other words, the United Nations' attempt to implement the referendum for self-determination in the Western Sahara is based on colonial imposed demarcations of the region, and as such, it cannot result in an adequate resolution to the conflict.

In addition to identity and historical factors, the fight over the Western Sahara is mostly beset by regional and international factors. Past non-interventionist strategies followed by major international powers and lack of international urgency of the issue contributed to prolonging the conflict. Only targeted pressure and active diplomatic engagement from the United States, France or the European community as a block can provide a window of hope in the resolution of the dispute, and a much needed relief to the plight of the thousands of Sahrawis in the camps of Tindouf.

Most importantly, the nature of inter-Maghrebi politics, especially, the rivalry between Morocco and Algeria has fueled the conflict and has exacerbated the situation in the territory. Domestic issues have further fomented this rivalry namely the role of the military in Algeria, and its hard line strategy vis-à-vis the conflict in the Western Sahara. While Morocco has offered a slight compromise with the autonomy plan, there is still mass domestic support for the "Moroccanity" of the Western Sahara and the territorial integrity of Morocco.

The passing of the long time leader of the Polisario Front, Mohamed Abdelaziz, won't do much to alter this complex web of realities. The next leader of the Polisario Front will still take major cues from "Le Pouvoir" up in Algiers, while any prospects of regional integration and cooperation necessary to face the security challenges in north Africa and the Sahel region will continue to stall. The Future of the conflict lies in the ability of the major parties to cast the old shadows of intransigency and to offer compromises that will help improve the lives of the Sahrawis, especially those in the camps in Algeria.