Robert Lyons' provocative drama "Death of the Liberal Class", directed by Jerry Heymann, enjoyed its World Premiere last week at New York City's New Ohio Theater. If the name of the play sounds familiar, it is because the show is inspired by the best-selling, oft-discussed 2010 book of the same name by Pulitzer Prize-winning journalist/activist/author Chris Hedges. (Of note, the play's title is used with Hedges' blessing.) With the race for the White House being the overwhelmingly dominant topic in American consciousness at the dawn of 2016, the terms "liberal" and "conservative" are tossed around (Some would say "exploited" as well...) on a constant basis in our various forms of media. However, "Death of the Liberal Class" the play defies the dichotomous branding of "liberal" and "conservative". In fact, the personalities and ideologies of the four main characters-- and their subsequent personal and ideological conflicts with each other-- transcend any simple, media-imposed labels. As a result, who is "right" or "wrong" soon becomes up for interpretation. As the play progresses, the quiet setting of a remote Canadian farm reveals an environment where searing drama exists alongside the chirping birds and freshly laid eggs.

Nick Pinder (Steven Rattazzi) is a New York City-based author of an anti-capitalist book named "Robo-Corp: How Man-Made, Money-Making Machines Are Devouring Our Future". The book theorizes that corporations have become the equivalent of robots who will eventually be controlling the humans who created them. We learn that the book has become not just a best-seller, but also a cultural talking point with a cult-like following of trans-generational admirers. However, professional success soon leads to personal disappointment when the author learns that he cannot realize solutions for the crises he speaks about. Our protagonist-- now separated from his wife and seemingly mellowed in his late 40's-- retreats to a farm in Canada, a secluded location where the play is set. Joining Pinder on the farm is his teenage daughter Andrea (Jeanette Dilone). At first, there seems to the proverbial "generation gap", albeit an amiable one, between father and daughter: While Nick is content with his new rural life, Andrea is fanatically attached to her laptop, and frustrated with the farm's limited internet access. To say she's "tech-savvy" is a severe understatement-- which the audience learns more about, in a big way, later on.

Nick and Andrea aren't alone for long. Nick's aforementioned wife Daphne (Melissa Murray), a charismatic and successful TV personality with a loyal fan base, comes to visit for the Canadian Thanksgiving. The third side of this domestic triangle becomes complete, and the three-way relationship between the "happy family" is revealed to be quite complex. The audience learns that Andrea is disappointed that her former renegade of a father has "lost his edge". Like her dad, this daughter is also idealistic... but this young woman's ideals are clearly in a league of their own. The girl finds a kindred spirit in a mysterious "chatroom friend" named Even (as in "even number", played by Justin Colon), who seemingly appears out of nowhere. The climax of "Death of the Liberal Class" comes when Nick's pretty blonde neighbor and discreet lover Maggie (Olivia Horton) gets hacked in a major way, and a strapping, no-nonsense Canadian constable (Arthur Aulisi) comes to the farm to investigate. Simple domestic drama (Whether Andrea will return to live in New York City with her mother, for example) gives way to power struggles and, ultimately, the revelation about a rather unholy alliance which could have quite far-reaching effects-- both for these characters and WAY beyond...

"Death of the Liberal Class" is essential theater for the new generation-- where cultural, social, and political mores are constantly evolving, weaving together, and merging. Robert Lyons has given us exceptionally well-written characters, with the central relationship being the dynamic between Steven Rattazzi's Nick and Jeanette Dilone's Andrea. Rattazzi expertly conveys the evolution of a left-wing author whose life has changed with middle age (The "flashback" scene, where Rattazzi's Nick is interviewed on a CNN-style talk show, is a deft directorial touch.). Dilone's Andrea is a post-millennial who appreciates the music of The Ramones and The Talking Heads; her expressive eyes give the audience a view into a wild spirit much too large to be satisfied with a rural setting. The supporting cast is excellent as well, and the play also has an unseen character in the form of Nick Pinder's pivotal book: a symbol of ideal theory versus living reality. The play never tries to sway the audience as to who is "right" or who is "wrong". The characters' assorted value systems alternately intertwine, clash, and at times even parody each other. Depending on the audience member's viewpoint, the conclusion of "Death of the Liberal Class" is either open-ended, or the ultimate fulfillment of the ideology of one of its characters. Bring on the debate!

"Death of the Liberal Class" runs Wednesday through Sunday, through February 13, 2016 at The New Ohio Theatre, 154 Christopher Street, NYC. For tickets and more information, visit www.NewOhioTheatre.org.

(All photos by Steven Schreiber.) 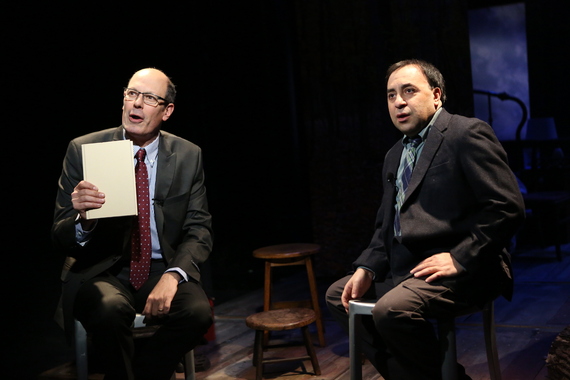 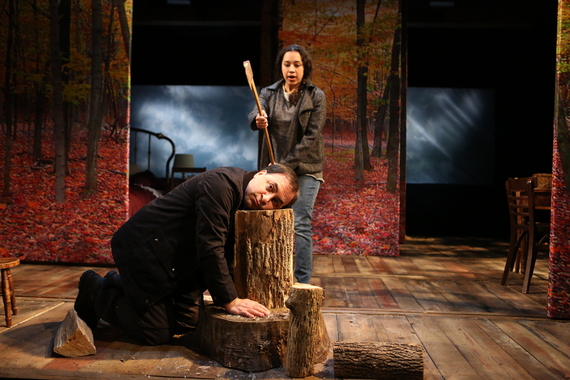 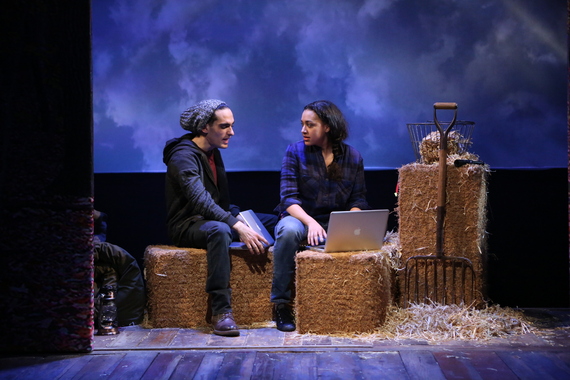 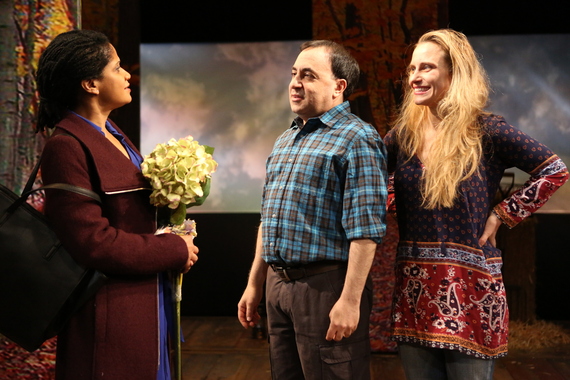 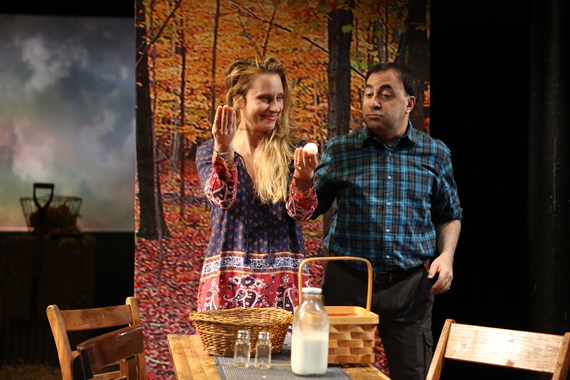