When the time comes to consecrate communion, most celebrants approach the altar and read from a prepared liturgy. In the moment when Jesus is supposed to be closest to us, I have always felt like the consecration of communion is a time to explain what the incarnation means. Based on Jesus' promise to inhabit the least of these amongst us, I feel like the incarnation changes and transforms constantly with the changes and transformations that go on in the world around us.

Consequentially, I approached the altar last Sunday and declared, "I know some people are not comfortable with body and blood language when it comes to communion. Some find it ancient and repulsive. This week, the people of Georgia are prepared to execute Warren Hill. Warren has an IQ of 70 and is intellectually disabled according to every doctor who has ever examined him. I believe that Jesus is closest to those that we marginalize and oppress. On this day, Jesus is with Warren. When you take communion this week, I want you to remember Warren. If we want to stop using body and blood language in communion, then we need to stop killing those that Jesus inhabits. We execute Jesus and our own consciences every time we shed someone's body and blood. Jesus was executed in a state-sponsored execution and will be executed again if we execute Warren Hill."

In the midst of person after person coming to receive the body and blood of a Jesus that we keep on killing, I realized that these executions have become most effective at executing our consciences. The performed and scheduled executions this week give us a moment to push back and reflect. 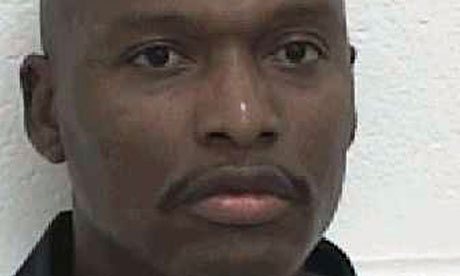 Though I expect more from our whole society, I am saddened and outraged that most of the executions in our country are carried out by states that are predominately Christian. In Georgia, people who claim to follow Jesus are largely responsible for executing Warren Hill. At every step of the way, Christians could have stepped in and stopped the killing of an intellectually disabled man. Like the disciples before them, few people said anything. In their race to execute their own consciences and pretend that this execution was justified, the followers of Jesus forgot that Jesus said that he would be with the least of these. It wasn't just Warren Hill that was executed. 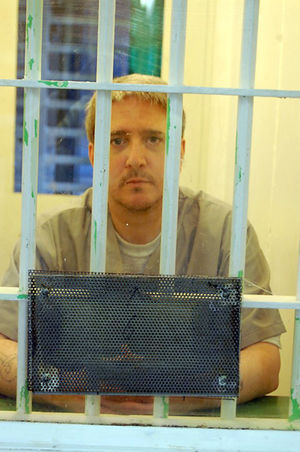 Richard Glossip was convicted of murder based on the testimony of one person. Though Justin Sneed is the one who actually committed the crime, he testified that Glossip hired him to do it and got a life sentence. Recently, Sneed's daughter sent a letter to the Oklahoma Clemency Board that said her father lied in his testimony and was afraid to formally recant for fear of getting the death penalty. Our execution system encourages the execution of the conscience in order to save your own skin. In a case of possible actual innocence, we can't know the truth because we have already decided what we want to happen and created a system that will make it happen. The execution of Jesus was similar.

The authorities are ready for another execution in Texas. Robert Ladd has a measured IQ of 67 and has qualified for special needs most of his life. Texas is still determined to kill him. People don't care about who Robert is. We simply declare that he is a murderer. In our othering of Robert, we other Jesus and execute our consciences. Robert is a child of God who deserves our help not our violent retributive hate.

Who are the killers and who are the victims in these processes of execution? If we can somehow develop a tiny sliver of conscience, we will understand that this process makes us all killers and victims. I thought our existence was about giving life and not taking it. There is an antidote to our vengeance and hate. Love can awaken the consciences that we have executed and set us free from this madness. Would you open your heart for the revival of your soul?