Support for the death penalty is the lowest it's been since 1972, according to a Gallup poll released Tuesday afternoon.

A majority of Americans -- 60 percent -- still favor putting convicted murderers to death. In the past 20 years, the level of support has dropped gradually, from a high of 80 percent in 1994, and 69 percent as recently as 2007. 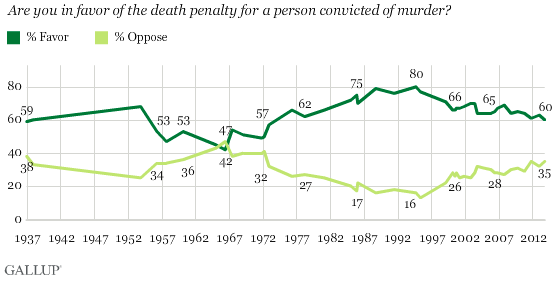 Along party lines, 81 percent of Republicans, 60 percent of independents, and 47 percent of Democrats favor the death penalty.

"The current era of lower support may be tied to death penalty moratoriums in several states beginning around 2000 after several death-row inmates were later proven innocent of the crimes of which they were convicted," Gallup managing editor Jeffrey M. Jones wrote. "More recently, since 2006, six states have repealed death penalty laws outright, including Maryland this year."

While there is little other recent national polling on the death penalty, a 2011 Pew Research poll found that 62 percent of Americans favor it, down from 78 percent in 1996. A Quinnipiac poll in April found that 48 percent of Americans favor the death penalty over life in prison with no parole as a punishment for convicted murderers, while 43 percent prefer life imprisonment.

Support For Death Penalty Falls To 40-Year Low: Poll
Countries With The Most Executions Last Year 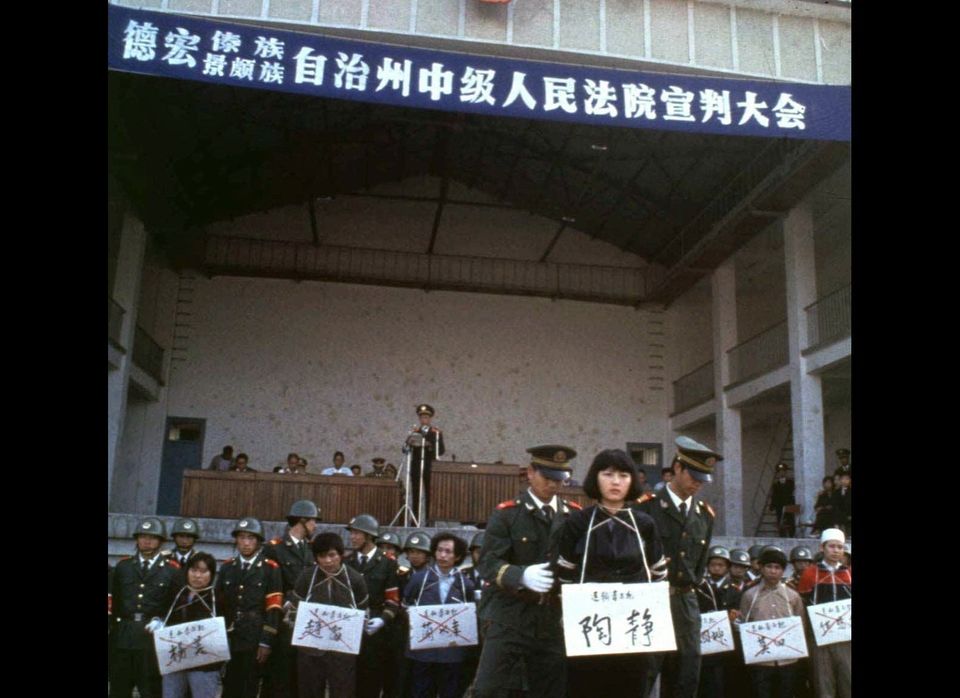