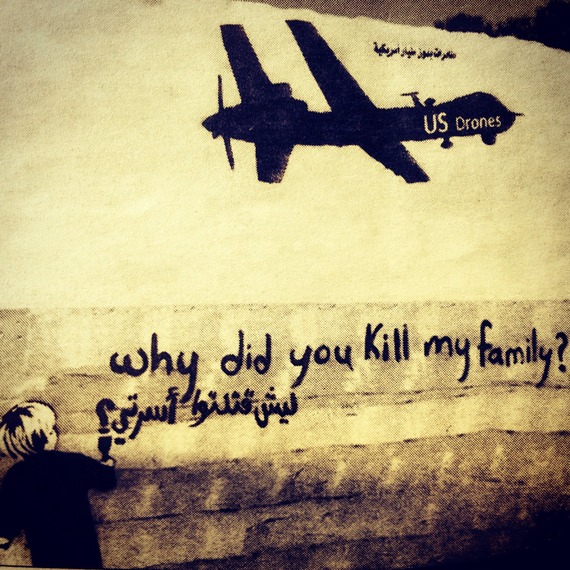 With Yemen politics in perpetual disarray -- as President Abd-Rabbu Mansour Hadi escapes house arrest, rescinds his resignation, and seeks refuge in the south and a transitional council commences in the capital -- the country's economy and currency remain on the brink of collapse, its water resources are near complete depletion, and some of the world's highest malnutrition and poverty rates demand serious and immediate assistance. While insecurity is everywhere, worsened since Houthi rebels dissolved Yemen's government weeks ago, all is not lost.

To be clear, the Houthis' agenda is more about increasing internal intrastate autonomy and tackling government corruption and repression than it is about broader regional interstate power plays. And while the Houthis are not a pawn of Iran or Muslim extremists, they'll need to be held accountable for their pledge to fight corruption, rewrite the constitution, uphold a representative transitional governing body, and undermine the growth of a mutual adversary, al-Qaeda in the Arab Peninsula (AQAP).

The U.S. and its Western allies would be wise to get Yemen's political process back on track immediately, before any further derailing of fragile democratic gains. In doing so, they must remember that Houthis are rational actors capable of engagement, previously joining Arab Spring protests and laying down their weapons. Violent intimidation is clearly not their sole tactic.

The Houthi takeover in Sana'a doesn't have to have serious spillover effects. What Washington decides to do next will have enormous ramifications for how the violence plays out on the ground. Time is of the essence, however. With the U.S. embassy closing in Yemen and CIA operations drawing down, the UN is concerned that Yemen is on the brink of civil war, after a history of proxy wars with Gulf States and Western nations.

Bringing Yemen back from this brink won't be easy. What's messy about the Houthis in power is their speculated collusion with former Yemeni President Ali Abdullah Saleh, who once waged war on the Houthis and solicited U.S. support by claiming, erroneously, that they were at Iran's beck and call. The real rub in U.S.-Houthi relations, however, is the group's past resistance to U.S. military involvement in Yemen and the fact that Saudi Arabian bombing campaigns against Houthis received tacit U.S. support. The bridge to build, therefore, is big.

If and when the U.S. reengages -- and they should do so immediately and non-militarily -- it'll be critical to remember that the Houthis in Sana'a are savvy political operators. In my meetings in the capital last year with one of Saleh's closest political advisors and top tribal leaders, which was attended by the Houthis' head of communications, it was clear that practical minds trumped political theater. After joking about "death to America," upon hearing that I was a U.S. citizen, a very pragmatic political conversation ensued over tea and qat. There is clearly some showmanship here.

The way forward, then, is to avoid political pomp and circumstance and focus instead on sound policy. Past Presidents Saleh and Abd-Rabbu Mansour Hadi have played the U.S. before, milking money and munitions for their benefit while Yemenis suffered from pervasive corruption and under-representation in the Sana'a capital. It is time for Washington to prioritize addressing the increasingly extreme social and economic needs of the populace, saving the currency from collapse, ensuring water resources are managed sustainably, and fixing overwhelming malnutrition and pervasive poverty. This is the Yemeni reality that few are addressing and where Washington can play a substantial role. Getting the Yemeni government back on track is critical. But unless her people have sufficient food and water, there's no point.