So when Death Wish Coffee Company sent a press release claiming that its coffee was the "most highly caffeinated premium dark roast organic coffee in the world," I immediately sent an intern to find me some. Apparently, the company has a guy, because it found a bean that has 200-percent more caffeine than your average coffee shop's bean.

Not only that, Death Wish guarantees your money back if the cup isn't the strongest you've ever had. Who better to judge its power than a reporter whose daily coffee intake could keep four Latin American Fair Trade farms in business for a month?

I spent three days drinking the self-proclaimed "masterful blend" exclusively, using a French press. No, it's not supposed to be made stronger by way of French press -- but my death wish is a wolverine riding an intercontinental ballistic missile over the Grand Canyon into my face, so I did it anyway.

I'll admit, before I drank Death Wish Coffee when I arrived at the office oh-so-early, I was all like: 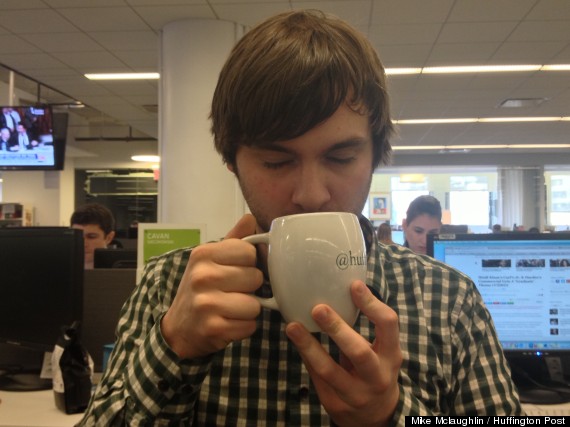 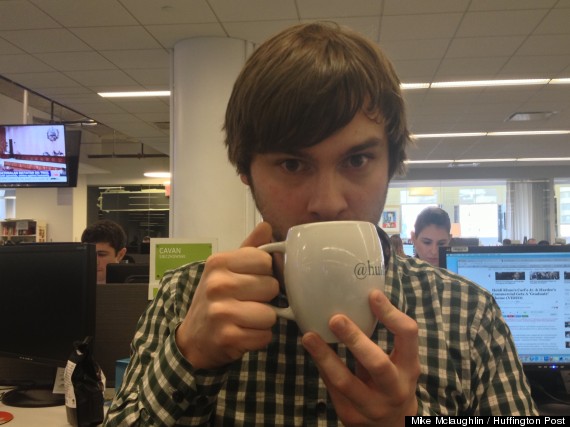 But is it the strongest, most amazing cup in the world? No. Let me break it down for you:

I'll happily go to the grimiest deli in Brooklyn and fill up a 20-ounce styrofoam cup with coffee that's been burning for five hours and leave without adding sugar or milk. Matched up with that, Death Wish is delicious.

I shouldn't be so harsh, though -- it's not a terrible tasting cup of coffee. In fact, it's not even the darkest roast I've ever seen. As you may know, the lighter the roast, the higher the caffeine content. This is a dark roast, but with Robusta beans rather than Arabica, which has a lower caffeine content. This stuff is palatable without sugar or milk, and has a smooth finish. Dark roast fans will enjoy its bold smoothness. But that's not why we're here.

Indeed, that "World's Strongest Coffee" claim is supposed to come from the buzz.

As I write this, I'm pretty high. Sometimes I drink enough coffee at the office that I'll blast "Hold The Line" by Toto or the Top Gun anthem, then stand up and dance for anyone who will watch. After two cups of French-pressed Death Wish, I'm not at that point yet. My hands aren't shaking.

That said, giving me a buzz after two cups is a feat that few coffee enemas have achieved, so I can attest there is a small caffeine explosion going on in my cup right now.

I'll continue to drink Death Wish until the bag is gone. But I probably won't seek out another bag, even with my extreme caffeine addiction. It's probably not worth buying on flavor alone, and the kick isn't so fever-inducing that I want to start a soul train in the Huffington Post nap room.

I'll leave you with a quote from my boss, who probably gave a better review.

"Meh, it's a cup of coffee," he said after his first sip. Fifteen minutes later, he said, "I'm kinda high right now."