There are few traditions more central to political campaigns than debates between the candidates. In the biggest races, they're nationally televised events that journalists, pundits, activists, and the public eagerly anticipate and relentlessly cover. On the local level, they're community gatherings where residents are able to get to know their would-be leaders.

But what's becoming all too common is a debate over debates. Some incumbents refuse to debate their challengers, while some challengers request an unrealistically high number of face-offs. There are candidates who refuse to speak to the press, candidates who back out of debates after a disastrous mishap, and candidates who continue to argue about the issue even after events are agreed upon. This trend isn't restricted to any one party, nor is it always the incumbent who refuses to engage.

According to an analysis conducted by the Huffington Post, nearly one in three of 76 competitive and currently active U.S. Senate candidates have made headlines this election season for either refusing to debate or expressing a palpable aversion to participating in such forums. Similarly, the same can be said for nearly one in four of 87 gubernatorial candidates whose re-election hopes remain alive.

While the list of senatorial and gubernatorial debate-dodgers is composed of Democrats and Republicans, incumbents and challengers, one feature that stands out is the unwavering opposition to debates exhibited by some of this year's self-funded candidates.

Republican gubernatorial candidates Meg Whitman in California and Rick Scott in Florida have both independently set election spending records by funneling millions of dollars from their personal fortunes into their campaigns. The former eBay CEO and former Columbia/HCA chief have also both come under intense media scrutiny for avoiding reporters and running away from debates.

Still, there appears to be a general pattern to the seemingly endless debate over whether or not to debate.

"Refusing to debate is a tired but traditional tactic employed by almost every political incumbent in American politics," Republican political strategist Mark McKinnon told the Huffington Post. "The standard scenario: (1) Challenger calls on incumbent to mulitple debates; (2) incumbent claims busy schedule serving voters they represent; (3) challenger keeps pressure on suggesting incumbent is afraid to show up; (4) incumbent finally agrees to single debate held on a night and station that no one watches; and (5) incumbent wins reelection. We can only hope that voters have become hip enough to the game that they demand their representatives debate early and often. It ain't the law, but it sure as hell ought to be an obligation."

On the left, Democratic strategist Paul Begala agreed in the benefit of debates. "I think having debates is always good," he said. "There are few potentially unscripted moments in a campaign, and I think people ought to know. I understand when you don't want to give credence to your opponent, blah blah blah, but I think that's really kind of dumb. You know, the truth is, you're an incumbent? You're in trouble. And you ought to be able to go out there and defend yourself. So I always like debates. I've never liked to debate about debates. I've wasted more time in my life in debate negotiations... If the candidate can't handle a simple interaction with the opponent, how are they going to handle the pressures of office?"

This debate over debates is playing out in one of the most high-profile gubernatorial races in the country. In Texas, Gov. Rick Perry (R) is refusing to hold any debates with former Houston mayor Bill White, even though the two are locked in a very tight race. Media outlets around the state are urging Perry to accept the challenge and pointing out that every single governor in the past four decades -- except Perry -- has met with newspaper editorial boards. "Texas voters need a debate to make the most informed decisions in the governor's race," wrote the Houston Chronicle. "They deserve the direct, face-to-face confrontation on the issues a serious debate provides."

There are far too many House incumbents who are flat-out refusing to answer their challengers -- Charlie Wilson (D-Ohio), Rodney Frelinghuysen (R-N.J.), Marsha Blackburn (R-Tenn.), and Steve King (R-Iowa) to name a few. In fact, since taking office in 2003, King has never formally debated an opponent. "[W]e've got men and women standing in harm's way in Afghanistan and Iraq, facing bullets and land mines, and he certainly can stand in a room and answer questions and discuss the issues," said Democrat Matt Campbell of his opponent. King has countered that Campbell has not "earned" the right to debate him.

A similar scenario is playing out in Tennessee, where a statement by the Blackburn campaign seemed to imply that the public isn't interested in a debate between the congresswoman and her Democratic challenger Greg Rabidoux. "Tennesseans know that to stop out of control spending and the exploding debt, we have to fire Nancy Pelosi," the statement read. "They aren't interested in any candidate who would give her one more vote for the speaker's chair, and neither is Marsha."

In Virginia, Democratic Rep. Rick Boucher is ducking out on Morgan Griffith, the Republican majority leader in Virginia's House of Delegates. In fact, Griffith is so eager to debate Boucher that he originally proposed that the two men have 27 of them. (Later, he allowed, "I'd be happy with 10 or 12.")

Some campaigns are willing to go to extreme -- and sometimes hilarious -- lengths to debate debates. When Republican Brian Sandoval would agree to only three of the 12 face-offs that Democrat Rory Reid wants to have in the Nevada gubernatorial race, Reid brought a cardboard cut-out of his opponent to a speech and debated it. Sen. Chuck Grassley's (R-Iowa) wife has even stepped in and called on congressional candidates to debate each other, leading Grassley's opponent, Democrat Roxanne Conlin, to encourage her to get her own husband to debate. In California, Democrat Ray Lutz and Libertarian Mike Benoit went on a hunger strike to protest Rep. Duncan Hunter's (R-Cali.) refusal to engage with them in a series of debates.

There are some candidates who are actively bucking this trend. One lawmaker who has received kudos from both sides of the aisle for his willingness to engage with the opposition is Rep. Tom Perriello (D-Va.). Not only has he agreed to debate his challenger, but he's gone around his district and spoken at local Tea Party meetings. "Congressman Perriello is eager to debate Senator Hurt because we know that when voters hear about his plans to protect companies that outsource American jobs, raise seniors' prescription drug costs, and cut education funding, we will win," explained Perriello campaign Communications Director Jessica Barba.

Begala advised candidates not to get too wrapped up in the debate over debates and to focus on the issues that voters are really concerned about. "The whole thing becomes stupid because it's focused on the campaign," he told the Huffington Post. "It becomes a meta-campaign -- a campaign about the campaign -- and that's never good. You want your campaign to be about the voters. My old boss and hero, Bill Clinton -- President Bush did not want to debate him. The standard answer was always, 'The American people deserve a full and frank airing of the issues,' or 'He's afraid to debate me.' Instead Clinton, focused on the economy, gave an economic answer. He said, 'Oh, it's not that he's not a good debater. It's just that he can't defend his economic record; if I had a record that bad, I wouldn't want to defend it either. So he made it about the economy, not about debates."

The Huffington Post has put together a slideshow, with captions written by Jason Linkins, highlighting 24 of the most interesting races where the debate has become all about debates.

PHOTO GALLERY
The 2010 Campaign Season's Great Debate Over Having Debates

2010 Candidates Refuse To Debate Their Opponents: What Are They So Afraid Of?
The 2010 Campaign Season's Great Debate Over Having Debates 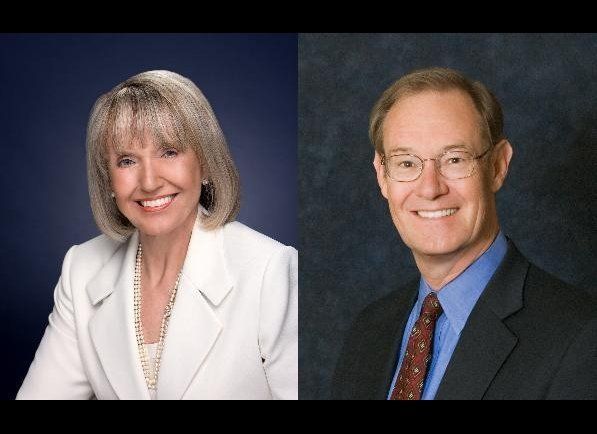 1 / 24
Jan Brewer Vs. Terry Goddard, Arizona Governor
You can hardly blame incumbent Governor Jan Brewer for <a href="https://www.huffpost.com/entry/jan-brewer-is-done-partic_n_705338">bailing on all future debates with her Democratic opponent</a>, State Attorney General Terry Goddard. Afterall, she really seems to be quite terrible at them -- right out of the gate in their first and only debate, Brewer <a href="https://www.huffpost.com/entry/jan-brewer-starts-badly-f_n_703559">gagged hard on her opening statement</a>. Afterwards, she fled at the sight of local reporters peppering her with questions about the lies she's been telling about decapitated bodies lying in the desert. And <a href="https://www.huffpost.com/entry/jan-brewer-is-done-partic_n_705338">that was enough of all that</a>! Brewer won't be making a return engagement to debate, and she'll likely go on to crush Goddard.