Now that Hilary Duff is pregnant, MIley Cyrus has ditched the blonde wig for a few tattoos, Demi Lovato has taken a trip to rehab and Selena Gomez has Bieber fever, Disney is on the hunt for its next superstar--and they might have found one in Debby Ryan. But Debby Ryan isn't your average Disney starlet.

Her new Disney show "Jessie" centers on a character much like herself--an 18-year-old fish out of water from Texas who becomes an au pair in New York City. Gone is the trivial high school drama. Instead, "Jessie" is a much more mature venture for the House of Mouse. But the role seems tailor-made for Ryan, who comes off as much more mature than her 18 years.

It's not uncommon to find Ryan knitting during her downtime or acting motherly toward her younger co-stars--a pastime that she truly enjoys.

"Now that I'm a bit older than the new Disney generation, I feel motherly toward these kids," Ryan tells The Huffington Post. "If we go to New York for a press trip, I'll take the young, new kids out and teach them about the business. It's like, 'Yes, people are handing you stuff for free, but don't find your value in these things.' In the same way, I've learned from a lot of people that have come before me in Disney."

Ryan took center stage on the hit show "The Suite Life on Deck," as country girl Bailey Pickett, and has brought the show, which starred twins Dylan and Cole Sprouse, to the top of the Disney Channel--beating both Cyrus' "Hannah Montana" and Gomez's "Wizards of Waverly Place" in the 2008 and 2009 relevant ratings. And because of her show's huge success, she's often compared to former Disney darlings like Cyrus, Lovato and Gomez.

But Ryan doesn't like to think about herself as Disney's next big star--in fact, she doesn't think about it at all.

"I don't think about it," admits Ryan. "I believe that people start to get into trouble when they start to believe their own hype. The easiest way to not believe your own hype is to not know what people are saying about you. It's definitely an honor because those are some very hard-working girls, and they've definitely blazed some trails."

Instead, Ryan wants to her own trail-blazer. And she thinks her new show "Jessie" is the perfect way to break out of the stereotypical Disney mold.

"Very rarely has there ever been a Disney show about a kid out of high school and trying to find her place in the world and figuring out a way to support herself," says Ryan. "She kind of takes this nanny gig as job and then realizes that she really loves these kids and they're her family and she's their lifeline. There's a lot of responsibility involved, and that's what makes this show different. On 'Suite Life,' it's really cool to think about sailing around the world, but 'Jessie' is entering a new part of her life where she needs to take responsibility for her actions--much like myself."

But don't be too quick to write Ryan off as just a Disney star. She's a dedicated songwriter, who is currently "producing a song over video chat" with her old brother. However, you won't see Ryan releasing an album anytime soon. "It's a fun, creative outlet--I don't do it to be a singer. You can't force music; It just has to come to you."

Ryan also has her sights set on the big screen. Last year, the teen starred in her first independent movie, "What If," which starred Kristy Swanson and Kevin Sorbo.

"Before the whole Disney realm had undergone this huge revamping, as a kid, I always saw myself doing these dramatic indie parts," says Ryan. "And then I fell in love with doing comedy and doing kid shows and really working for kids. But I can definitely see myself branching out and doing more dramatic roles and indies. 'What If' was an amazing experience."

While it hasn't always been easy for a post-Disney starlet to make the transition from mouse ears to bona fide Hollywood star, Ryan's not so concerned with the statistics. Inspired by fellow funny gals Tina Fey and Emma Stone, she's just going to keep living her dream, whether it's helping out her younger co-stars adjust to new-found fame, taking on more dramatic indie roles, "owning" her spot on top of the Disney crop--or even dawning a cape and some spandex.

"I would love to play an action hero. That's something that I've always had a heart for. I have an older brother, so you know, who ever got to the remote fast enough or could wrestle it out of my hands, got to choose what was on the television, so a majority of my childhood was spent watching 'Indiana Jones,' 'Star Wars,' 'Lord of the Rings' and 'James Bond.' So I always wanted to play a Jane Bond. I thought if these guys can do it, why can't I?" 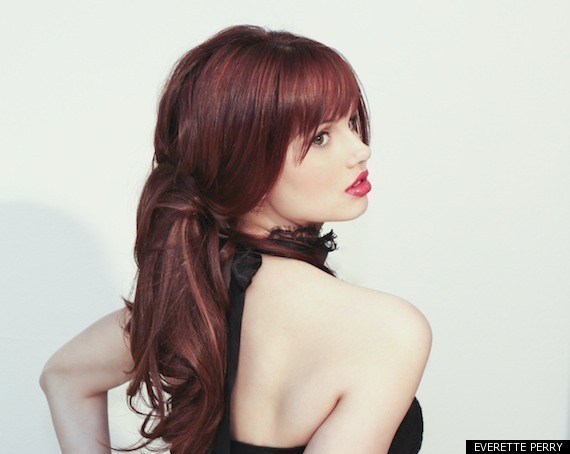