Nearly seven years after the release of her 2008 album “The Promise,” Deborah Cox is making her return to music as she adds the finishing touches to her forthcoming album, entitled “Work Of Art.”

In anticipation of the summer 2015 project, the Grammy Award-nominated singer-songwriter this week released her new upbeat, danced-infused single, “Kinda Miss You,” produced by The Rascals. And in addition to celebrating the recent success of Lifetime’s Whitney Houston biopic, "I Will Always Love You: The Whitney Houston Story,” Cox is also commemorating the 20-year anniversary of her 1995 self-titled debut album.

In a conversation with The Huffington Post, Cox shared her thoughts on recording “Kinda Miss You,” her reaction to the success of Lifetime’s Whitney Houston biopic, and why it’s difficult to explain America’s ongoing issues surrounding police relations to her 11-year-old son.

What inspired you to record and choose “Kinda Miss You” as the lead single for “Work Of Art”?

I wanted something that was going to kind of speak in the mode of where I’m at right now. I like to say it’s a soulful song that you can still dance to, and it’s a not-so-sad love song. It’s got the spirit of everything that I want to say right now … just over the years I’ve been continuing to explore different types of music. And I thought this song really reflected exactly where I’m at right now. It’s kind of exploring more of the fun side.

I also want to let people know that I have not abandoned the ballads. I’m still a girl who loves to sing a well-song. I also want to do music that my little kiddies can get into.

As this year marks the 20th anniversary of your debut album, what are your thoughts on the music scene since its release?

It’s changed a lot. I know for me, I’ve been very, very focused on making sure I sing timeless music that you can not only play today, but you can play tomorrow or years from now. And so, in this ever-changing industry, it’s been an auto-tune generation. I understand that I've got to try to find the balance between schooling the new generation of musicians whose ears are tuned to that, and also schooling them on the fact that if you start with skills and talent you can still make a great record that way too. With the whole auto-tune thing, I feel like I’m here to remind people that you still need the voice. You still need someone to express the lyric, and to sing the song, and tell the story. I don’t think that will ever go out of style.

Speaking of utilizing your voice, you were tasked with the challenge of re-recording Whitney Houston’s vocals for the Lifetime biopic. How important was it for you to pay homage to her?

It was really a moment for me to pay homage and honor to her. What I had to focus on was making sure I expressed the essence of her in her live performances. And all the scenes had to be cohesive with Angela’s vision. Her music had to fit that. My intention was to really remind everybody about her contribution to the industry, her music, her voice … so this was a moment where people were reminded of what a gift she was.

I was just blown away by the response and the positive feedback. I’m just humbled by all of it. And just the audience that night who watched all the programs on Lifetime. For that film to beat out some top-rated programs, that says a lot. And also the aftermath, it’s just that people really recognized that they missed singing. That just shows me that we need to use our talents and collaborate on a musician’s level. And Whitney was just that.

Were you surprised by Pat Houston’s statement about the film, stating "Lifetime is notorious for making bad biopics"?

I heard about the statement, but I didn’t go on Facebook or anything to see it. My motto is, I’m very, very focused and I stay in a very, very positive place because I know there’s going to be a lot of daggers and stuff. But I did get a lot of people hitting me up like, “What do you think, what do you think, what do you think?” I didn’t read the statement. I don’t know. I know it’s a very complicated situation, I say that as it pertains to Whitney and everything around her. It’s just complicated.

In 2007 you were honored with the Civil Rights Award from the New York Senate for your efforts in the fight for human rights and equality. What are your current thoughts on America’s police relations following the Michael Brown and Eric Garner cases?

I’m horrified, saddened, and really in disbelief at what’s been going on, because I’m a mother and I have an 11-year-old son and we live in the suburbs as well. So I’m looking at my son like, he’s to be endangered. I just feel nervous and scared for him to be out of my own sight. And I know at some point he’s going to have to become a man and have to live in this world, but it’s so complex I don’t know what to tell him. I don’t know if he can trust people of authority. When I grew up, those were the people that you ran to and felt safe or protected by. It’s very, very different now. So it’s really tough when it really hits home and impacts you. Because like I said, me trying to raise him I've got to tell him to just think differently.

He has to think about his conduct and the way he conducts himself in public. Wearing the whole hoodie thing. Now he has to think twice about what he’s wearing to school and public. All of these things we didn’t have to worry about before. It’s sensitive and it’s tough, because again, these are people who are supposed to be protecting us. And I feel sad that it seems like we haven’t made much progress from what was happening back in the '50s and '60s.

Has he expressed any concern to you about his safety?

When he saw the news in the height of it over the holidays, he’d ask a lot of questions like, “Why is that happening?” and “Why did police shoot a 12-year-old?” Because I’m sure he’s looking at the TV like, “Wow, that could’ve been me.” I think the issue that needs to be addressed really is that these police officers are really over-using their authority. And it’s just really hard to explain that kind of activity to a child. My son is still trying to grasp what he’s looking at on the television. It’s just a tough place to be … it absolutely has to change now.

Check out Deborah Cox’s new single, “Kinda Miss You,” below. 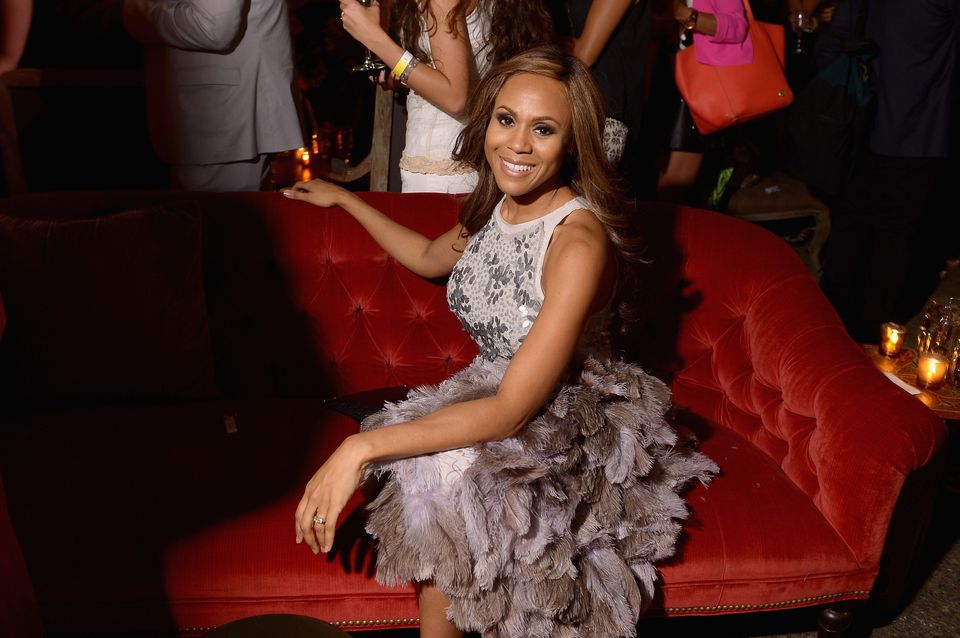