“Thrilled to announce ‘Vote Hillary,’ my official fundraising screen print for HRC campaign,” Kass writes in an Instagram post from Sunday. In the work, Trump, his face colored in a pale blue, wears a characteristic sneer and appears against the same orange background that is featured in Warhol’s print.

“I first wanted to do a work like this in 2004,” Kass told artnet News by phone. At that time, George W. Bush was the incumbent and John Kerry the Democratic challenger. “There was no way to make it happen then,” she said, “but sometimes the perfect opportunity comes up at another point in your life. It’s always been in the back of my mind, but anyway, it wouldn’t have been as much fun with Mitt Romney. It’s the right image for the right election.”

In her feminist critique of art history, Kass has frequently drawn on iconic male artists of the 20th century, creating works that copy their trademark styles. Warhol has been a mainstay; she has executed self-portraits that ape Warhol’s images of Elizabeth Taylor, for example, and a work depicting Barbra Streisand in the 1983 film Yentl in the style of Warhol’s depiction of Elvis Presley. Kass, who is represented by New York’s Paul Kasmin Gallery, has work in public collections including New York’s Museum of Modern Art, the Whitney Museum of American Art, the Jewish Museum, and the Solomon R. Guggenheim Museum.

Ruscha’s word-based artworks were the inspiration for her hit public artwork “OY/YO,” her first monumental sculpture, which was on view over the winter in Brooklyn Bridge Park. 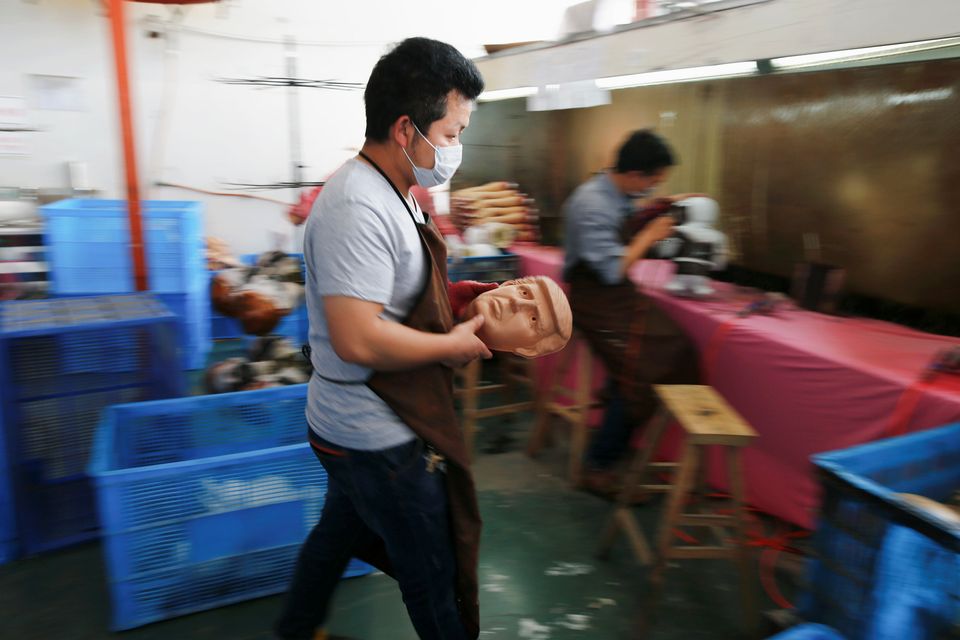