For 65 days in 1969, Marcia Shelton watched, waited and hoped against all odds that her missing 12-year-old daughter would turn up safe and sound.

The agonizing passage of those nine weeks in the city of Aptos, Calif., ultimately ended with the discovery of Deborah Lee Shelton's badly decomposed remains. The child, police said, suffered a violent death at the hands of an unknown assailant.

For 32 years, Marcia Shelton lived with, and eventually learned to cope with, the loss of her young daughter. She learned to live — for three decades — with numerous unanswered questions.

Then, in December 2001, there was another tragedy as equally disturbing as the first.

"They say lightning shouldn't strike twice but it does," Marcia Shelton told The Huffington Post.

That second lightning strike was the disappearance of her second daughter, Victoria Lee Specials.

"It brought Debbie's case all back to me," she said of the disappearance of her second daughter.

In January 1969, Deborah Shelton was a seventh grader at Aptos School. An auto accident took the life of her father, James Vern Shelton, three years prior and she, along with her mom and her sisters — Melissa, 5, and Vicki, 11 — had recently moved to the area from Los Gatos.

The circumstances leading up to Deborah's disappearance are rooted in the events of Friday, Jan. 3, 1969.

"Debbie wanted to go mini bike riding with some other kids," Marcia Shelton said. "I did not want her to go because I was worried about her getting on a mini bike. I finally relented and said OK, but I told her that she had to be home by noon because she had a dentist appointment."

Deborah left home at about 9:30 that morning. She told her mom that she was going to meet her friends near the Aptos railroad bridge and that they were going to ride to a nearby beach.

According to Deborah's close friend, Loni Reeder, she had planned the ride for about a week.

"I saw her at church in December 1968, right at Christmas time," Reeder told HuffPost. "She mentioned an older guy that she was interested in. His name was Sherman … She told me they were making a plan to go mini bike riding."

What happened to Deborah after she left her house is unknown. She never made it home for her dentist appointment, and the only possible clue as to what might have happened that day came in the form of a phone call –- a call Marcia Shelton initially thought was a prank.

"I came home from taking my other daughter to an appointment and Debbie wasn't there," Shelton said. "The phone rang and there was a young voice that said, 'We have your daughter. We want $500. Drive out to Trout Gulch Road.'"

Shelton said she thought that the call "was a joke" and hung up. It was only later, she said, that she realized "it probably wasn't a joke." Unfortunately, the individual never called back.

When local law enforcement received a report about Deborah's disappearance that evening, they conducted multiple searches for the young girl. Despite their best efforts, they were unable to find any sign of her.

The search ended on March 8, 1969, when a young boy who was out shooting his BB gun stumbled upon badly decomposing human remains in a wooded area about 100 yards from the Aptos Bridge.

Because of the condition of the remains, authorities had to use dental records to positively identify them as those of Deborah Shelton. The medical examiner estimated the remains had been there for at least a month.

Deborah's disheveled clothing and other evidence found at the scene suggested her killer strangled her with her underwear. Authorities also noted that her killer taped her hands together with masking tape. Remnants of tape found around her neck suggested that her mouth was also taped shut prior to death.

While the scene was suggestive of a possible sexual assault, the condition of the remains made it impossible for the coroner to determine whether or not this was the case.

Authorities had little evidence in the case and while they spoke with Reeder about the mysterious "Sherman" they were never able to identify him.

"She never told me what he looked like, aside from him being really cute, so I didn't have any description to give them," Reeder said. "Now, on reflection, I wonder if that was even his real name."

Deborah's mom had her buried in Saratoga's Madronna Cemetery, where the girls' father was buried three years earlier. Her murder remains unsolved.

According to Ryan Kennedy, a spokesperson for the Santa Cruz County Sheriff's Office, there have been no recent developments in the case.

"There's a certain time where we come to a point to where we don't have any more [leads to follow] and we just kind of have to sit on [cases like this], but they're never gone," Kennedy told HuffPost. "Whenever we get more information, we open them right back up … If there's information, we're going to explore it."

Shelton said it has been a long time since she has heard anything from the sheriff's office.

"There were a number of times over the years that I have contacted police or they have contacted me and said they had somebody they were interested in," Shelton said. "I would get my hopes up and a year would go by and nothing. I would call them and they would say, 'Yeah, nothing ever came of it.' I would think, 'Gee, a phone call would have been nice.'"

In the scheme of horrifying experiences, Deborah Shelton's murder was more than enough for any parent to endure in a lifetime. However, as referenced earlier in this story, hers was not the only tragedy to befall Marcia Shelton.

Victoria Lee Specials was 44 years old and living in Clearlake, Calif., in December 2001. According to her mother, she was in a relationship that had recently soured.

"They weren't getting along, so they sort of broke up," Shelton said. "He had a place in Lake County and he was going to visit his mother for Christmas, so he asked her if she would stay and watch his dog while he was gone."

Specials allegedly went to watch the dog, but after that, her family did not hear anything further from her.

"I didn't hear from her and didn't hear from her, so I went out to see him," Shelton said. "He said, 'Oh, she decided she wanted to go to San Francisco for New Year's.' So, I went to her house and looked around and there was no sign of her … but her purse was on the couch. In her purse was her identification and money. To not take her purse, identification or money, which would have been all the money she had, would have been very strange, so that's when I went to the police."

According to Shelton, the Lake County Sheriff's Office questioned her daughter's ex-boyfriend and conducted ground searches for her but never found anything and the case quickly went cold.

"I think she was killed," Shelton said. "And like Debbie, I think it's not likely that anybody will find her, except by accident. I think we need someone hunting or walking their dog to find Vicky."

While the grief of losing a child can be visceral, sharp and life-changing, it's not something Shelton has let destroy her.

Instead, Shelton said she relies on a higher power to help her cope with the loss of her children and the numerous unanswered questions that surround their cases.

"This is never very far from my mind, but I can't solve it," she said. "I have turned it over to the Lord. My grandmother used to say, 'God does not pay off on Saturday nights,' so I figure it is in his hands. He knows all things and it's not hidden from him." 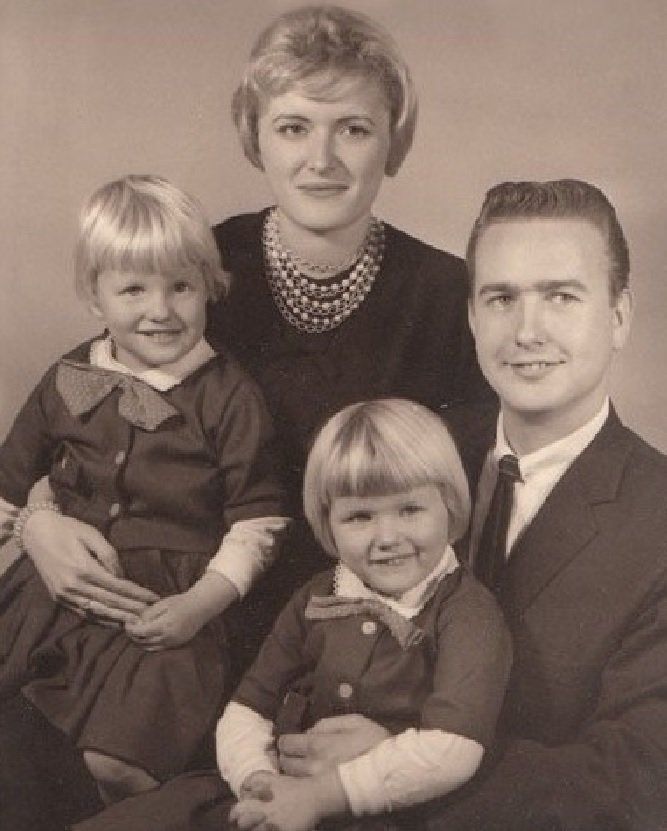