When I caught up with her, Deborah Willis had just returned from being one of the main conveners of the conference and exhibition, "Black Portraiture{s} II, Imaging The Black Body and Re-Staging Histories" in Florence, Italy. This was a project, she told me, that herself and professor Henry Louis "Skip" Gates of Harvard University, started in 2005 that seeks to bridge the gap between art history and art making. The goal of the conference was also to have an intergenerational conversation among various groups of artists. Black Portraiture{s} II took as its starting point the images of blackamoors -- exoticized images of usually Africans in service positions -- to begin a discussion on the "objectification of the black body." 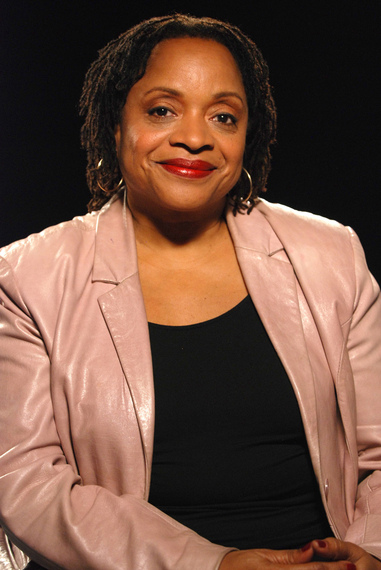 There were over 90 presentations made at the conference. "It all just blew my mind," Dr. Willis enthused. "There were so many wow moments. Brittney Cooper's paper on Mary Church Terrell and the Genealogies of Black Female Pleasure was particularly riveting. Indeed all the papers in the conference made important contributions to the discussion." Listening to Deborah Willis's enthusiasm, I wondered if there would be yet another conference convened. "Skip wants to look at Havana for next year, so yes, we are thinking about it."

In the visual art, academic, curating and museum worlds Dr. Deborah Willis's stature looms large. She is University Professor and Chair of the Department of Photography & Imaging at the Tisch School of the Arts at New York University where she teaches courses on photography and imaging, iconicity, and cultural histories visualizing the black body, women, and gender. She has been lauded for her work receiving the John D. and Catherine T. MacArthur Fellowship and she was a Richard D. Cohen Fellow in African and African American Art, Hutchins Center, Harvard University; a John Simon Guggenheim Fellow, and an Alphonse Fletcher, Jr. Fellow. Willis is the author of several books most notably Posing Beauty: African American Images from the 1890s to the Present; and Michelle Obama: The First Lady in Photographs. Her work has also been the subject of a film "Through A Lens Darkly: Black Photographers and the Emergence of a People."

In addition, she has pursued a dual professional career as an art photographer and significantly, she is also the mother of well-known conceptual artist, Hank Willis Thomas. I was keen to learn more about how her interest in photography developed.

Willis was born in Philadelphia and would eventually enroll in and graduate from the Philadelphia College of Art. "As a kid," she told me, "I always knew that I wanted to be a photographer. My father himself was a photographer, my father's cousin had a photography studio and my father's best friend worked as a photographer for a Black newspaper. So I grew up with photography all around me." Her mother had a beauty shop, which introduced Willis to the world of women's stories, which would assert itself as a prominent feature of her creative work. "Maybe my story is atypical in so far as growing up I got a lot of encouragement in the arts. Yes, my father insisted that I spend two years at a community college getting what he considered "practical skills" but outside of that people around me were quite supportive."

Willis would have to pull on that reserve of support as she ventured out into the art world. When she attended the Philadelphia College of Art there were only two Black women in the photography program. When she went on to Pratt Institute to get her MFA she was confronted with a professor who let her know that she was "taking up a good man's space." She was embarrassed when she got married and became pregnant, because she seemed to be fulfilling all the limited expectations that the professor at the time had about her. But quite recently, her son found some work she did at that time, and was dazzled by it. The recently-completed work shows a younger Willis, pregnant with her son, and around which are the worlds told to her by the sexist professor, but inserted within the discussion now are the words "I gave birth to a good man." It is a mesmerizing conversation between mother and son and the legacy of photography passed down from one generation to another in a single family.

Interestingly enough Willis would eventually receive an honorary doctorate for her work from Pratt Institute, and despite the sexist professor, she credits Pratt with opening up and eventually helping her create a different community of artists. The early years of Willis's career would be dedicated to resuscitating the careers of many African American photographers. She would spend several years at the Schomburg Center for Black Culture in New York organizing their photography collection. Then, in 1992 she went to live in Washington, DC where she worked on developing The National Museum of African American History and Culture, which was created in 2003 by an Act of Congress, as part of the Smithsonian Institution. Eventually she went back to get a PhD in Cultural Studies from George Mason University.

When I asked her what advice she had for young women who wanted to be curators, she had some very specific suggestions. "First you begin as an intern, and then I would suggest that you start writing essays about individual artists. Being a curator is still difficult, but there are opportunities now, more so than when my generation was coming up. Many people do not want to work in African American museums, but I caution people to remember that for a long time that is all we had. African American museums still have an important role to play and an important voice in the overall American conversation. So do not shy away from interning, volunteering and working at African American institutions."

In regards to women artists, particularly black women artists, Willis believes that they still struggle more than male artists do. "When it comes to some black women artists, it seems we see a few of their names often, and I wonder if that is not just a function of social media. When you look closely though at collections and museum shows, then these artists tend to disappear. What I would say to all artists in general, but black women artists in particular, is that you should seek out artist collectives. Submit your work for juried shows and residencies. Go to art fairs. Look at what people are making. Support one another."

Looking at all she has done and continues to do as an academic and in supporting the work of so many other artists, I wondered how Deborah Willis maintains her practice as a photographer. She thinks about this for a while, before answering slowly, "For a long time I dedicated the summers to making art. And maybe for several years I paid more attention to the scholarship I was doing than my own art making because I felt the work I was doing in resuscitating African American photographers was so important. But I am trying to get back to my own work. I still struggle to carve out time for myself and for my work. My practice is still in search of beauty. I am still photographing in the beauty shops that I grew up in."

She pauses for a while before she continues, "You know, we all have difficult times in our lives. I myself had a bout with cancer. What this did was remind me that life is precious. I find that I am going back to being a black photographer whose subject was beauty. But I am also branching out a little bit, and I have started writing a novel. It is a beautiful story and I am very excited about it. What is my story about? It is about a black woman photographer. Through the telling of this woman's story, I am coming back to the main preoccupations of my own work and I am once again focusing more on my own creative work."

Photograph of Deborah Willis copyrighted to Jennifer Samuels and used with permission.