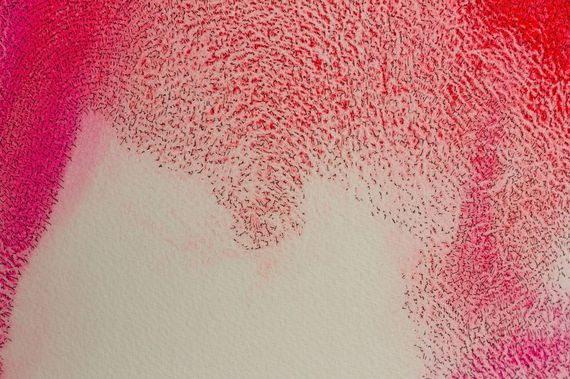 "To You I Will Come Home" (detail)

Much of Debra Scacco's work relates to geography in its portrayal of location, dislocation, topography, maps and dream worlds. The artist, born in New York City to an Italian-American mother and an Italian immigrant father, has now made the move to Los Angeles after 16 years in London. Her paintings and drawings, intriguing landscapes formed by repetitive text and splashes of color, along with a large suspended metal sculpture, are on display at Marine Contemporary in Venice, California. 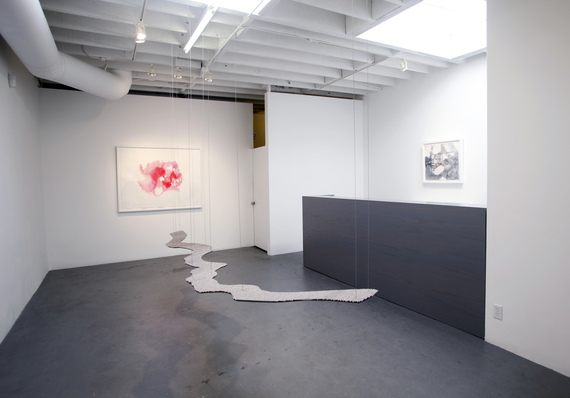 Installation: "The Space Between"

Elizabeth Sobieski: Debra, your work is romantic and beautiful and emotive, linked to love and longing. So much of the art world today seems to reject emotion, unless irony can be construed as an emotion. Any thoughts on this?

Debra Scacco: I completely agree -- so much of what is currently circulating in the art world steers clear of any kind of emotion. And because of this I often wonder if my work will find a place of its own in this context. However, my approach to making is not only about the direct expressions of these pieces, but also about having the bravery to broach these topics openly. Longing, vulnerability, insecurity -- these are so often considered signs of weakness. And we are taught that, as adults, we should be stronger than this. But we are not; we all feel these things. Allowing this kind of emotion to leave the art world would be a grave mistake. Yes, art is about issues and critical debate; but it is also about life. I would hate to live in a cultural climate where our only representation of feeling is ironic, and I do worry that we are approaching that climate all too rapidly.

ES: There are other contemporary artists who seem drawn to words in their work. Of course Barbara Kruger, Christopher Wool, Ed Ruscha, Jenny Holzer, Robert Indiana, Mel Bochner, Doug Aitken and the late Cy Twombley all come to mind. Why do you think words have become an increasingly important subject for visual art?

DS: There's directness in language. You can debate the intention of a word or phrase, but cannot debate its presence. Many of the artists you mention of course use language in incredibly different ways. But we all use it as a tool for directness, whether or not its meaning is then subverted. In my work, I would say language is more the vehicle than the subject itself. However, the fact that the language comes from my diaries is incredibly important, as is the repetition of these particular phrases. There's an attempt at nullification through the process of repetition, which of course is easier said than done. 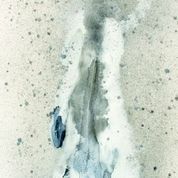 "I Will Always Want You" (detail)

ES: During your years in London, I believe your artwork often reflected your history as a nine-year-old New Yorker displaced to the deep south, Georgia, and then as an American expatriate. As a new Angeleno, are you now nostalgic for London?

DS: Of course I sometimes feel nostalgic for London. I lived there longer than I have lived anywhere else. There are many things I miss, but Los Angeles so far has been very good to me.

ES: Claressinka Anderson, the director of Marine Contemporary, was formerly London based as well. How did you two meet?

DS: I was the curator at an east London gallery, and Claressinka was completing her BFA. A mutual friend introduced us, as she was interested in getting some work experience. So, ironically, she was my gallery assistant while she was a student (and a great one at that). 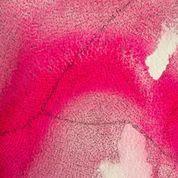 "To You I Will Return" (detail)

ES: From your first L.A. show, Birds of Passage, to the second, The Space Between, I notice that your minuscule handwriting, which acts as a stunning repetitive tool, seems a little less precise... sometimes the letters look Farsi, Hebrew or Arabic. Was this intentional?

DS: I wouldn't say the writing itself is intentionally less precise, but the more fluid nature of the work is certainly intentional. As the concepts evolved, so did the importance of allowing the paint to guide the physical direction of the language. Each piece still has its own set of rules; they are just much less obvious than they were on the radial cartographic works or the pattern based drawings. 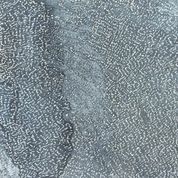 "I Will Always Love You" (detail)

ES: I also wanted to mention your sculpture. In both shows, they are large and beaded aggregated map-like forms that seemingly consist of precious metals. The 2012 piece is fabricated from gold beads that almost look like elegant bullets, in continental shapes under plexiglass. The new work maps a river in Los Angeles and consists of tiny metallic balls suspended from the ceiling. Is that merely held together with magnets? Why do you make only a single sculpture for each solo show?

DS: 'The Space Between' (in the current show) is held together purely by magnets. The piece is a representation of the present; therefore, the shape is derived from the Arroyo Seco which runs through Highland Park (where I currently live). I knew it had to be strong yet precarious, and made of multiple pieces that rely on each other. It is composed of only three elements: cold rolled steel, neodymium magnets, and soft carbon ball bearings. If you remove any one of these three materials, the piece would not function. There are over 8,000 bearings, each one connected to the steel via an individual magnet. Once the bearings are in contact with a magnet, they take on magnetic properties of their own -- meaning the entire body of the river is fighting to both hold itself together in a central core, and to hold its place on the steel base. If you were to lift one central bearing, it would knock everything around it off its center, as well as pull other bearings with it due to the magnetic charge. It would be like trying to remove a vital organ: It needs the entire system to function for even a moment.

The single sculpture per show is interesting -- I hadn't really thought of it in these terms before. A solo show for me is the opportunity to tell a story, and the sculptures each time have played a vital part in that. In both cases, the pieces address concepts with the intention of opening a wider debate; once on the relationship between reality and fiction, the other on the arbitrary nature of boundaries. 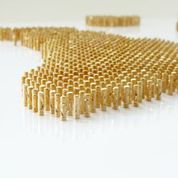 DS: I saw an article on ArtInfo announcing the residency. All of my work centers around cultural conflict which is the immediate result of being first generation American. "Birds of passage" is a term derived from Ellis Island used to describe transient immigrants, so my tie to the institutions existed before even knowing about the residency. I applied online with the body of work from my show, and was lucky enough to be selected.

As the Artist-in-Residence, I had the chance to spend a month in the archives at the Ellis Island Museum. The focus of my research was the stories of Italian women immigrants in the 1920s. My great-grandmother arrived at Ellis Island in 1921, and I wanted to understand what her experience would have been like. I spent the month listening to interviews with women who made the journey, as well as exploring the physical archives and walking the building with historians to understand the movements of an arriving immigrant. My time there culminated in a project entitled Richiama (I call for you). The piece was a visual family tree presented in the museum, and used as an invitation for visitors to share stories of their own lineage, and what they were seeking from their visit to the island. 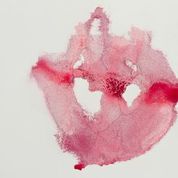 "With You I Will Remain" 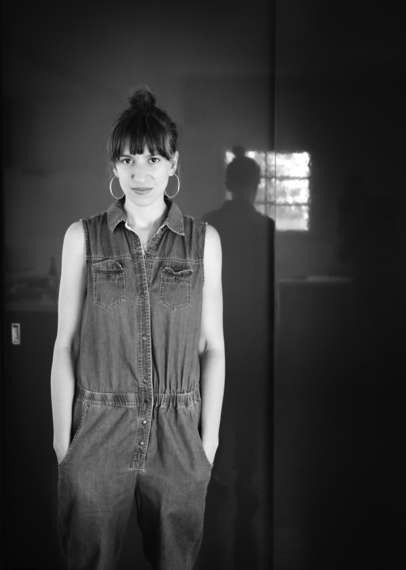 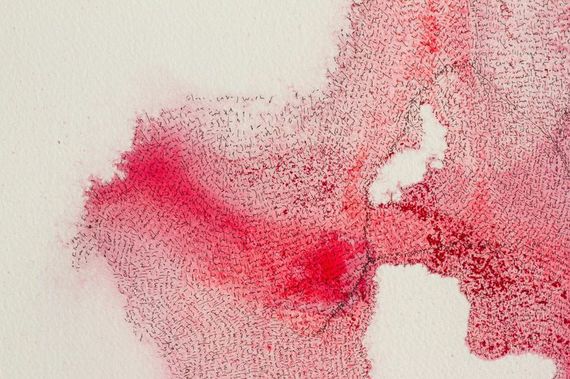 "With You I Will Remain"(detail) 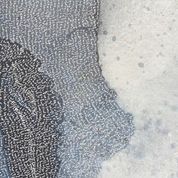 "I Will Always Search For You" (detail)