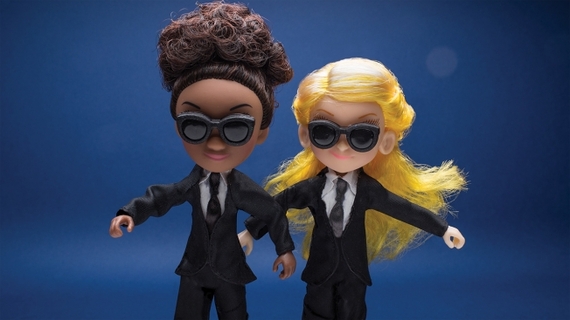 I first met Debra Sterling, founder of GoldieBlox, when she spoke at the Women Entrepreneurs Festival in New York City a few years ago. She inspired me then with her vision of a toy company for girls that fostered engineering concepts, and she continues to inspire as she pushes to bring new role models and to break down female stereotypes. Her company's newest video featuring Ruby Rails, a tech-savvy skydiver who encourages kids to live life by their own code, reminds us of how few heroes in media are female.

For those of you who think this is a tired, worn out mantra, I encourage you to watch this video of Jimmy Kimmel asking boys and girls about what would happen if a woman was president. 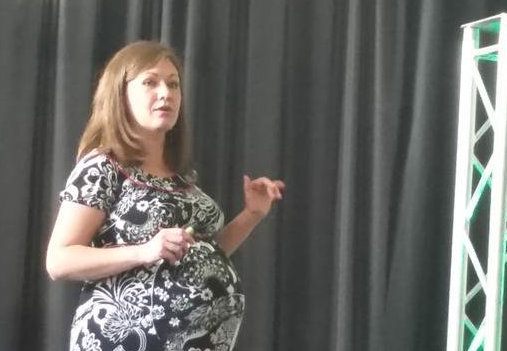 We need more women running for office, running companies, and we definitely need more Debra Sterlings creating companies like Goldieblox. It is why I was so excited to see Akamee Baca Malta, founder of As Girls Grow, an Albuquerque-based startup, at our national conference for women entrepreneurs and leaders, HauteCon 2015. Like the founder of GoldieBlox, Akamee, pictured here pitching her company to investors while only days away from delivering her second child, is using her talents and expertise as an engineer to create play-based, STEM-friendly products for young girls. She attended the conference thanks to a scholarship from Nusenda, a New Mexico-based credit union which recently won a national award for their creative approach to delivering wider access to capital to those with no or poor credit scores through peer-based lending. Nusenda covered the cost of attendance to HauteCon 2015 for ten entrepreneurs, including Akamee, to ensure that cash-strapped startup founders were provided access to both the content and the networking opportunities available at an event created specifically to empower women leaders and entrepreneurs to achieve a higher level of success. 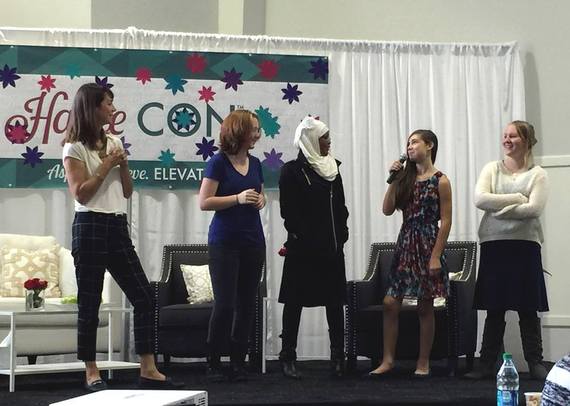 Students from Sandia Preparatory School take the stage with Hautepreneurs Cofounder Jessica Eaves Mathews to talk about their STEAM project. The students worked with Mathews, their school, and Central New Mexico Community College Makerspace to design flowers in Corel Draw, print them using the CNM 3-D Printer, and attach the flowers to the HauteCon banner hanging behind the girls in this photo.

Until there is more gender balance among leading roles in entertainment, government and corporate leadership, our sons and daughters will continue to believe the stereotypes perpetuated in the news,  media, and their everyday lives. Until more women hold leadership positions - including the White House - and the toy aisles in our department stores provide more options for girls that defy cultural stereotypes, we need to see more videos like GoldieBlox reminding us that yes, indeed, girls deserve to see themselves as heroes.