We all know we’re supposed to pay our bills on time. But even the most responsible folks can somehow miss a payment. Addresses change, memories lapse and sometimes hard times hit.

For example, 1 in 10 Americans came out of the 2009 financial crisis with at least one debt in collections, according to the Consumer Financial Protection Bureau. The average amount was $1,400.

No matter why a bill has gone to a collection agency, it’s important that you deal with the situation before it gets out of hand. Here’s what to do when debt collectors start calling.

What happens when a bill goes to a collection agency?

When you miss a payment on a bill, there’s usually a grace period before it’s officially considered delinquent. Usually that’s 30 days from the due date. If you pay before the 30 days are up, you might get by with little more than a late fee. But if you fail to pay for longer than 30 days, that missed payment will be reported to the credit bureaus, and your creditor will contact you regularly to get the owed money.

However, if that bill continues to go unpaid, the creditor will eventually consider it a loss. In order to recoup a bit of what’s owed, they’ll sell the debt off to a collections agency ― often for pennies on the dollar. After all, something is better than nothing.

The original company may notify you that they are selling your debt to a collections agency, though there’s a chance they won’t. It’s often not until you’re contacted by a debt collector that you find out.

“Collection calls and letters often begin once the consumer is 60 to 90 days delinquent, possibly earlier depending upon the type of account and issuer,” said Donald E. Petersen, a consumer protection lawyer in Florida. “Some creditors will hold the debt often for years and may even file a collection lawsuit,” he said, noting that collection lawsuits, although numerous, represent only a small portion of charged-off accounts.

How collections affect your credit.

Since payment history makes up 35% of your FICO credit score ― making it the most heavily weighted factor ― missing even one payment can cause your credit rating to take a major hit. And once a debt is reported as a “charge-off,” meaning the creditor has given up on trying to collect it, that negative mark on your credit will stay for seven years. Plus, you’re still on the hook for what you owe.

Medical bills are treated a bit differently. “Newer credit scores, such as the VantageScore 4.0 and FICO Score 9, give less weight to delinquent medical bills,” Haws said. The National Consumer Assistance Plan also requires medical debts to be at least 180 days delinquent before being reported to the credit bureaus, and they must be removed from your credit report if later paid by an insurance company.

Fortunately, the more time that passes after a debt is charged off, the less effect it has on your credit. However, since you still owe the money, now to a collector instead of the original creditor, it’s a good idea to take care of it as soon as possible to avoid any legal implications.

“Ideally, you want to resolve the debt so that it shows on your credit report the matter is resolved,” said Leslie H. Tayne, a debt resolution attorney and author of “Life & Debt.” “That is the best way to get your score to turn around and go back up and avoid additional efforts by the creditor to get their money, which could include suing you and coming after your home, bank account and/or wages.”

How to pay a debt in collections.

So how should you handle paying a debt in collections? You have a few options.

First, you should get verification that the debt is actually yours. Within the first five days of contact, a debt collector is required under the Fair Debt Collection Practices Act to send you a debt validation letter. This letter outlines details about the debt being collected, including how much you owe. It should verify that you actually owe the debt, that the agency is authorized to collect the debt in the first place and that it has the documentation necessary to prove you owe the money. If the collection agency can’t come up with these items, you have 30 days to dispute the debt in writing.

Work out a payment plan.

Let’s say you do, indeed, owe the debt. Your next step is to decide how to pay it off. Of course, you could simply pay the bill in full. This is the quickest route to ending the collections calls and beginning to repair your credit.

If the debt is fairly large, though, you might not have the cash on hand to pay it outright. In this case, you can try to work out a payment plan with the collection agency. Usually, debt collectors are willing to negotiate a payment schedule to ensure they recoup 100% of the debt.

If you’re a strong negotiator, you might also try to settle the debt, which means agreeing to pay a percentage of what you owe in one lump sum. This can be a much tougher proposition since debt collectors are notorious for being aggressive and hard-nosed. It might help your case if you can prove that you’re facing excessive hardship that makes it unlikely you can pay the debt in full.

Regardless of which route you take, it’s important to keep a detailed record of all your communications with the collection agency. Take notes on all your phone calls, save copies of letters and emails and always get agreements related to your payment plan and schedule in writing.

Get help if needed.

If you’re unable to negotiate a monthly payment plan with the collection agency, you can contact a nonprofit credit counseling agency that belongs to a major industry trade association, such as the Financial Counseling Association of America, said Todd Christensen, education manager for Money Fit by DRS, a nonprofit debt relief agency headquartered in Boise, Idaho.

“CCAs tend to be much more successful at negotiating monthly repayment plans with collection agencies,” Christensen said. When working with a credit counselor, you will likely repay the debt in full, plus minimal fees that are regulated and capped by each state.

If your outstanding debt has become so extensive that you are unable to pay it now and unlikely to have the means of repaying the agency in future, working with a consumer bankruptcy counselor may be your final option, according to Christensen. “Bankruptcy is not an easy, pleasant or free process, but it exists to protect consumers and some of their assets needed for a reasonable standard of living (such as home, transportation and retirement) from creditors,” Christensen said.

According to Haws, some people think they can play the system by simply ignoring the collections agency and waiting the seven years it takes for the debt to fall off their credit reports. “While this tactic does exist, it can have the worst impact on the other parts of your life,” he said. “With a low credit score, you will have trouble qualifying for a mortgage, credit cards and other financing. And if you do qualify, it will be at much higher rates.” Though tempting, ignoring your debt will ultimately cost you hundreds and even thousands of dollars very quickly.

Though laws have been put in place to protect consumers from overly aggressive debt collection practices, not all debt collectors play by the rules. It’s important to know your rights when it comes to debt collection and call out those who violate them.

“Once the account is transferred to an outside debt collector, the Fair Debt Collection Practices Act governs the collection of the consumer’s delinquent account,” Petersen said.

According to the Federal Trade Commission, this act prohibits debt collection agencies from:

If the collector contacts you via robocall, a prerecorded voice or an artificial voice, you can revoke your consent to receive such calls. “Debt collectors who continue to call after being told to stop calling often violate the Telephone Consumer Protection Act, and the caller may be liable to the consumer in the amount of $500 per call,” Petersen said. If the court finds that the debt collector willfully violated the TCPA, they could owe up to $1,500 per call, he added. “Debt collectors can continue to call the consumer’s cellphone, but they should no longer use a robo-dialing ATDS or prerecorded or artificial voice to communicate.” Debt collectors can also continue to send letters.

It’s also good to look up the statute of limitations on collecting debts in your state. According to Tayne, debt collectors aren’t allowed to pursue legal action on a debt once this period is up. However, keep in mind that “the clock typically restarts if you make any payment at all on the debt, meaning collectors will have even more time to sue you,” Tayne said. “That means even if you make a payment of $1, you’ve lost the statute of limitations.”

Having a bill sent to collections can be a giant pain that harms your credit. But the sooner you address your debt, the more you can minimize the damage. Regardless of whether you have the money to pay a collector or not, there are resources available to get them off your back and work toward paying off the debt for good.

Are Credit Repair Companies A Scam? Here's What You Should Know.

Under New Trump Rules, Debt Collectors Will Be Able To Send Unlimited Texts And Emails

Do You Have Too Much Debt? Use This Simple Formula To Find Out. 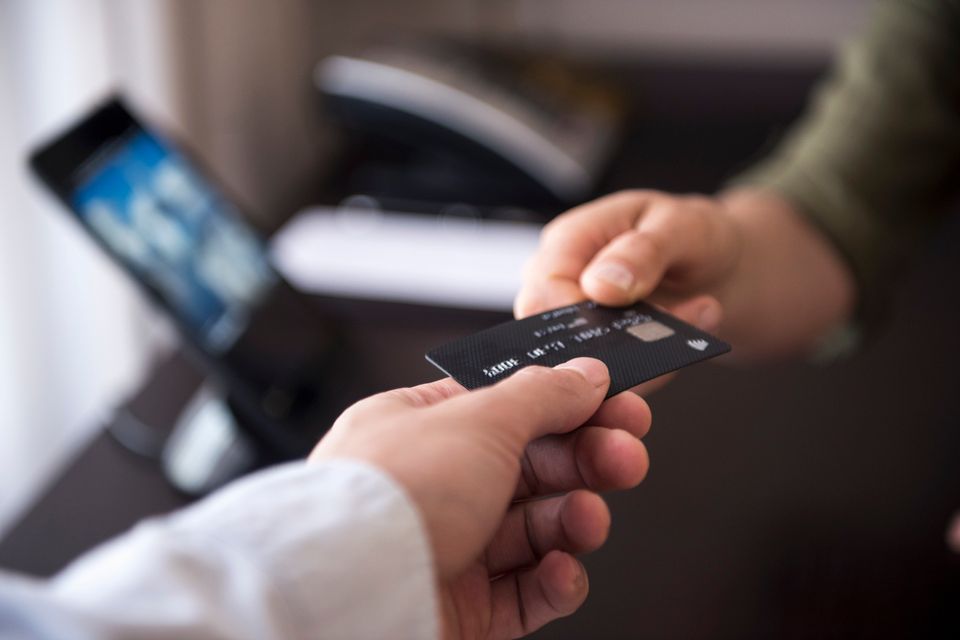