Carrying debt has become a quintessential attribute of American life. And creditworthiness, the ability to borrow money, is the most valued personal asset an individual may garner. Credit monitoring companies gather information about an individual's "bill payment history, loans, current debt, and other financial information." Credit reports also inform money merchants where the individual works and lives and whether the individual has been "sued, arrested, or filed for bankruptcy." Losing creditworthiness can have more severe consequences for an individual than losing liberty, even body limbs.

Interest rates ranging from 3% to 30% lie at the core of the credit market. After nullifying laws against usury, federal and state legislatures have rewarded money merchants with handsome legal names, such as creditors, mortgagees, card issuers, and secured parties. In turn, money merchants use various "credit products" to compose the ensemble of interest rates. They sell money for fixed periods with structured payments, such as a 30-years mortgage. They sell money as endlessly spinning Ixion wheels, known as credit cards. These credit spinning wheels could carry an interest rate over 30% for individuals with questionable credit. Occupying all nooks and crannies of American life, the money merchants have unbolted an ever-expanding credit juggernaut, much larger than equity markets. The Federal Reserve Board controls the interest-rate push button to modify the behavior of Pavlovian money merchants.

Credit products are sold as fantasies of power, comfort, and freedom. Owning a home has become the most heavily debt-infested American dream. Living modestly with a less ambitious spouse in a little prairie house (nondescript apartment) warmed with children's love is old-fashioned foolery that might make sense in Bangladesh or Kenya. Not here, not in credit-driven America. Here, while the family is shattered beyond definition and while many children putrefy in unsafe homes, money merchants keep enticing Americans to dream big: Get it now and pay later. The virtues of mortgage have been sold hook, line, and sinker -making breathing difficult. Many people, by no means hypochondriacs alone, live in enormous homes but fear homelessness, an eventuality that can befall if you lose employment or medical bills pile up over and above a life-threatening illness. 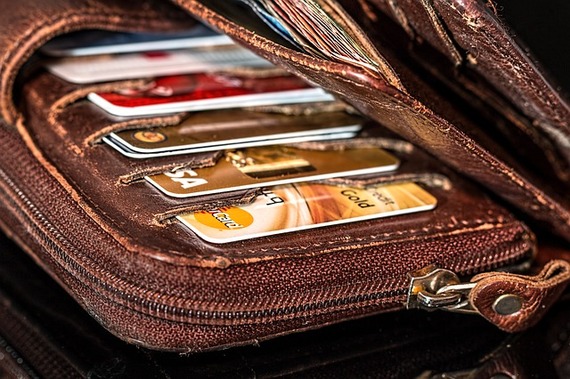 Credit cards are designed with much deliberation as attractive nuisance - an object that attracts but hurts gullible trespassers - as consumers wander into spending money they do not have and might not have in the foreseeable future. Money merchants want you to pay as little as possible, ideally no more than the minimum payment due each month, so that the interest levied on a larger unpaid balance may generate more money for money merchants. Smartasses who pay off the entire monthly balance without giving a single penny in interest defy the objectives of the credit market. Money merchants want you to spend, hoard debt, and pay back on time but only a little. The credit card ensnarement remains open for one-way entry for the carefree, the underemployed, the young, and the desperate.

The federal government itself becomes the supreme money merchant when it comes to funding higher education. Student loans are available from the Federal Student Aid (FSA), "proud sponsor of the American mind," a slogan the U.S. Department of Education has trademarked with propagandistic audacity and the FSA displays on its website. Student loans are not interest-free, even though the federal government has unlimited power to create interest-free money for students, as it does for money merchants.

Currently, the FSA charges 4.20% interest rate on undergraduate studies loans and 5.84% interest rate on graduate and professional studies (law, medicine) loans. With college and university tuitions climbing sharply, students are signing pricy debt notes to obtain higher education and thus mortgaging future wages for a significant part of life. Money merchants, whom law permits to create interest-free money and who take hard-earned money from depositors by paying marginal (0.02%) interest rate, also fund the American mind by charging interest rates much higher than does the FSA. The bankruptcy laws have been modified so that students cannot discharge their student loans.

Higher education in many countries is free or almost free. Germany provides tuition-free higher education, as does Denmark and Sweden. India, which will be producing most college graduates in the world in the near future, heavily subsidizes college and university studies. The International Covenant on Economic, Social and Cultural Rights, which President Jimmy Carter signed in 1977, but which the Senate refuses even to consider for ratification, obligates signatory states to provide higher education "by every appropriate means, and in particular by the progressive introduction of free education." The United States, under the influence of money merchants, is moving in the opposite direction of the Covenant making it difficult for Americans to dream of becoming doctors, engineers, lawyers, and even plain college graduates without signing a promissory note of debt serfdom.