"An' for each unharmful, gentle soul misplaced inside a jail
An' we gazed upon the chimes of freedom flashing"
-Bob Dylan

A pause went over the court room. Billy T. said, "Here is the problem. You are not in the United States Supreme Court. You are in my court, and the man is going to jail."

Off to jail he went. All that high-powered lawyering in Washington D.C. had not made it down to the small town that Billy T. lived in. The man stayed in jail.

I thought "make it up as you go along" style of justice had gone away, but apparently it is back in Bullitt County, Kentucky.

Bullitt County sits to the west of Louisville. Jason Riley, a WDRB-TV reporter, who was formerly with the Louisville Courier Journal, did a terrific story titled "Bullitt County debtor's prison raises constitutional questions."

Riley did a terrific job with the article. Some of the people directly involved, such as Bullitt County Attorney Monica Robinson and either of the Bullitt County District Judges, would not return his calls, but he was able to get insights from some of Kentucky's top legal experts.

All who agree that the practice is wrong. 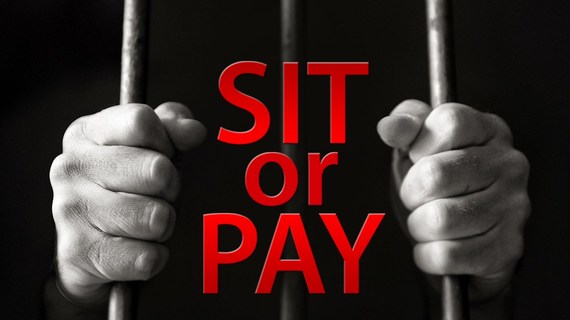 Up until 1977, Kentucky had a system of police courts where you didn't have to be an attorney to be a judge. My former wife was a judge at age 18, before she made it to college.

Since knowledge of the law wasn't required, you could get some really uneven decision making. There is a great chapter in Harry Caudill's Night Comes to the Cumberlands about a police court judge who made a decision on guilt and innocence based on the idea that the city needed the money and the person who allegedly drove across a yellow line was from out of town.

Since 1977, Kentucky instituted judicial reform to bring professionals into the judicial system. It has been a raging success. Kentucky judges have to be licensed attorneys with a number of years of experience. Most of them get very good at helping people sort through the day in and day out of life's problems. Since all of the revenues pay into a state fund, the small town "speed traps" that are common in other states have gone away in Kentucky. All and all, it is a good system.

Riley noted that the concept of "sit in jail until you pay" was outlawed by the 1983 US Supreme Court case, Bearden v. Georgia.

The irony that many noted in Riley's article is that it often costs more to house a prisoner in jail than to pay the original debt they were accused of jumping out of.

The concept of prison overcrowding is a huge problem in the rest of Kentucky, but apparently not so in Bullitt County. I would like to see people like murderers, rapists and child molesters taking up most of the slots in my local jail.

The debtors can stay outside and hopefully earn some money. 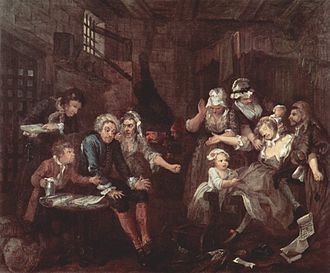 When we are in a situation where murderers and rapists are getting paroled to free up space and we let debtors sit there, something has gone seriously wrong.

District Court can be a tough place for poor people. I go there often to be appointed as a guardian and conservator, although I suspect they won't be rolling out the red carpet on my next Bullitt County visit.

I see a docket of hundreds of credit card companies suing, sometimes for tiny amounts. The people on the other side rarely show up to challenge and the credit cards then have a judgment they can enforce. I keep telling people that they would be better off spending a few hundred dollars on an attorney and not let the credit card people roll over them, but it rarely happens.

Some people in District Court are "regulars." If you go over a number of weeks, the same accused of criminal behavior seem to show up over and over. Many are habitual addicts and some are just not so bright.

When you are accused for driving while impaired, and you show up with an "I'm going to live hard and die young" hat and a NASCAR t-shirt, you might diminish the odds of the judge giving you a break. People who smart off or say something mean to the judge might as well put the handcuffs on themselves. Respecting authority is what court is all about. I'm on a first name basis with most people, but inside the courtroom it is yes your honor and thank you your honor.

Thus, I don't know if the people in Bullitt are bad people who irritated the judge, but it is bad law for putting them in jail for not paying their bills. In fact, it is an outrage. Neither judges nor any of the rest of us get to pick and choose which Supreme Court rulings we get to follow.

I'm thrilled that Jason Riley had the courage to write the article. I seriously hesitated. I'm in court frequently for work, and the last thing you want is a judge mad at you. I had a case earlier this year where the Judge in a small mountain town refused to have the money placed anywhere but in the bank where she banked. The client wanted to do a structured settlement with me. Her attorney was afraid to do anything to make the judge mad. Like most attorneys, he practices in her court every day. No one was going to challenge the ruling, so that it is the way it went down. Even though there are absolutely no laws that can sustain the decision.

My client lost out on a good investment. At least she didn't have to go to "debtor's prison."

What is going on in Kentucky is apparently going on in various pockets of the nation. It has to stop because it is wrong. It also has to stop unless the rulings of the Supreme Court mean nothing to people charged with upholding them.

___________
Don McNay is a life insurance and annuity consultant, a former syndicated columnist and a best-selling author. He is also the founder of Kentucky Guardianship Administrators LLC based in Richmond, Kentucky. He is the owner of McNay Consulting http://www.mcnayconsulting.com and Chairman of the Board for McNay Settlement Group http://www.mcnay.com