Nicole Kidman graces the cover of the December/January issue of Radar Magazine. Next to the headline "HELP! I CAN'T MOVE MY FACE! And Other True Tales of Hollywood's Plastic Surgery Addiction." Kidman, who just recently denied doing a thing to her face other than sunscreen, will next be seen in "The Golden Compass," which opens nationwide December 7. 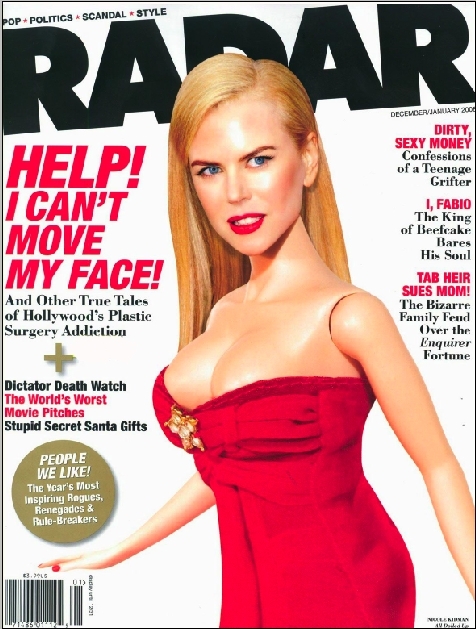