Californians, our turn at Super Tuesday is imminent. If you think the delegate counts are in and the nominees chosen, so why bother voting, you are wrong.

Sure, the delegate numbers are stacked against Senator Bernie Sanders and there is no Republican alternative to Donald Trump, but it would be foolish to surrender our Constitutional right to choose the leader of the free world for the next four to eight years. Believe it or not, there are verifiable times in American history where a nominee has won the popular vote but lost the election, and vice versa. More importantly, it is not a guarantee of democracy that citizens get their way. A pillar of democracy is free and fair elections, and citizen participation in elections is a necessary function of that process. In order for elections to be fair, people must participate. Boycotting, on the other hand, is voting by omission, not participation.

It has been argued that the rise of Trump is an expression by Republican voters of their frustrations with their party. The argument is not that Republicans are elated with Trump, but that rather, to his supporters, he represents change. Meanwhile, Republicans who don't care for Trump continue to vote for Cruz and Kasich, candidates that have suspended their campaigns. Why do they do so when Trump is the presumptive nominee? Don't they know?

Of course they do. They actually know what those who boycott or surrender don't know, which is that voting for another candidate, even one that has opted out of the race, sends a message to their political party. Members of the Republican Party are unhappy with the party and the party presidential nominee does not represent everyone. The same goes for Democrats. Choosing to vote for Sanders, despite the numbers, sends a message to the Democratic Party that its members are not any more satisfied with its performance than the members of the Republican Party. Regardless of who wins in November, both parties should be left with the scars of trying to reconcile the will of the voters versus the dogged pursuit of their own agendas. That would be the truest indicator of democracy.

Voting is a platform for the citizens' voice. The collective voice of the people is what propels change. It is what this country and so many other countries are founded on, from the suffragettes and civil rights movements to the Arab Spring. Citizens deciding it is time for change, and thereby mobilizing to demand that change from their government, is the kind of action that makes leaders tremble and oftentimes, do everything in their power to silence the people and crush their will. President Maduro of Venezuela, in the face of massive national protests, is trying to block a referendum that would force him out of office. Violent clashes with the police continue while the country's southern neighbor saw its own protests last month lead to the successful impeachment of Brazilian President Rousseff.

The decision to vote or not to vote is a first world privilege. Voting, on the other hand, is a right. A right for which people around the world risk their lives. From Syria and Egypt, two countries wrought with decades of authoritarian dictatorships to Afghanistan, where the Taliban still controls large swathes of the country. Post-Arab Spring, we see President Assad of Syria continuing to massacre his people in retaliation for protests from the five years prior. Scenes from Egypt after Mubarak stepped down from office showed endless lines at the polling stations. People waiting in the hot sun just for the opportunity to vote after thirty years without real elections. On the other hand, the June 30, 2012 elections that declared Mohamed Morsi the new President of the country in what the government claimed were free and fair elections, looked different behind the scenes. As it turned out, less than a quarter of the voting population decided for a country of over 85 million people. The reason for the low turnout? Everyone else boycotted the election. Essentially, the remainder of the voting population either boycotted or didn't bother to show up. It is then understandable that the government could subsequently make the argument that the elections were democratic. Two years ago, journalists documented the Afghan elections with pictures of elderly voters whose fingers had been sliced off by the Taliban for voting. When Vice journalists asked an elderly farmer if he regretted voting, he had the audacity to reply that he would have been willing to lose all ten of his fingers to exercise his right to vote. 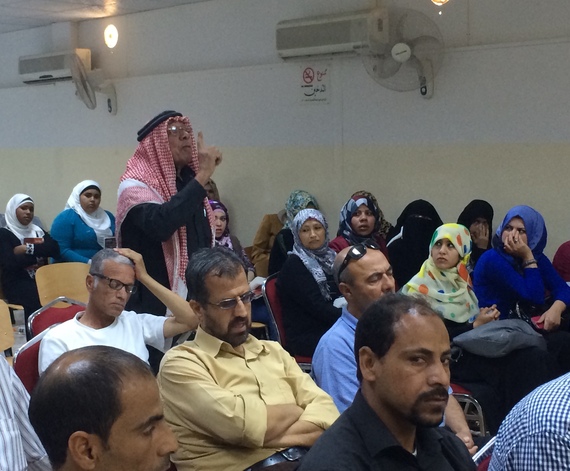 Fortunately, in the current American elections, we don't have to face such atrocities. Eligible voters don't even have to get off their couches - just simply mail in their ballots. Having access to an abundance of information on the candidates, from policy stances to tax returns, is a privilege. To choose from a group of successful, well-educated candidates is a privilege. The mere fact that political participation is a protected right is a privilege. A privilege that many Americans do not value.

While democracy is certainly not about getting our way it is most certainly about the freedom to make our voices heard. Leaders should be made to feel it is an absolute requirement to meet constituent demands. Take back your power, rights and privileges as an American citizen. Get involved by educating yourself on the issues both domestically and internationally, attend city council meetings, attend town hall gatherings hosted by your elected representatives, vote, join a campaign, support a campaign or better yet, run for office. The simplest way to start, California, is by turning up for the vote this Tuesday.