George W. Bush's memoir, "Decision Points," has been slated for a November 9 publication, and the cover and title of the book were just announced this weekend. Reportedly, the book will not be a traditional memoir, but rather "an account of key decisions in his life."

Now it's your turn to send in your thoughts on the former president's new book. Is the title a good one? What would you call it instead? Send in your photoshopped cover using the Participate button above for a chance to see it featured on HuffPost Books, and check out the images below for a starting point. (Original jacket below.) 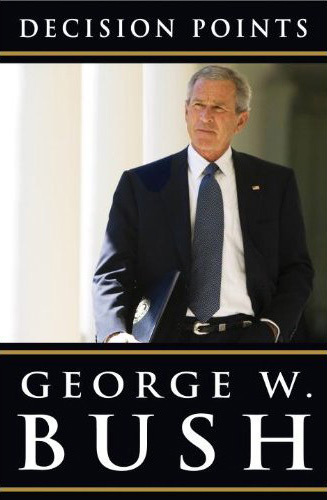