The current college process is one of the most challenging ordeals I've ever lived through. My own was simple. I applied to the school I wanted to attend, and, a safe school. I got into both. The end.

With my son, an aspiring sportscaster, we visited the few noteworthy options he'd chosen. Due to family circumstance, he was forced to choose a local, albeit, worthy choice. It ended up being the perfect place for him, where he's thrived in his chosen field. He's done a slew of reporting, anchored the local TV news, is president of his school's Radio Television and Digital News Association, hosted his own weekly sports show, and is set to graduate Kappa Tau Alpha this month. Whatever guilt I may have harbored has dissipated with his success. To an extent. I still suffer that he's been a commuter rather than a live-away-from-home, coed. The upside--I've reaped the benefit of his good company for four bonus years. And he, at 22, still has live-in laundry, cooking and cleaning service.

My daughter, despite her 4.3 GPA and 33 ACT score, only dreams of being an actress. Singing and dancing on Broadway. Why, God, why? Perhaps because it's in her lineage. Showbiz on both sides. Our fault, dammit!

But, she's genius at it.

There were campus visits all over the country--video auditions, traveling to live auditions, hurry up and waiting. And, not just the awful FAFSA, but the CSS--asking questions I didn't understand, let alone begin to know how to answer. There was heartbreak and worry--and then, gratefully, choices.

For the past week as time ticked down to a final decision, weighing school against school was fairly simple. She had a clear, unmatched-by-a-long-shot favorite. Her dream school. Her father's alma mater. She's had the T-shirt since she was three. Months.

But, the responsibility of that choice bears an almost inconceivable burden. It's the most expensive school by far, and offered the least assistance, by a huge margin.

I sought counsel everywhere. One camp encouraged me to go for it--trust the universe, have faith. The other warned me to be practical--insisting it doesn't really matter in the long run, she'll be fine and thrive wherever she goes. I should protect my financial future, and hers, as much as possible.

A woman in recovery, I prayed, meditated--put countless notes in my God Can. I called the Agape Prayer Ministry. Thrice. I kept trying to "solve it," whilst being reminded to "turn it over." I had to be reminded minute by minute, again and again. That shit is hard.

On Friday, down to double-digit hours, I pleaded for help and guidance of God's will. I spoke with trusted friends who supported faith, to help me gather mine. I called someone close, who felt strongly about me making the safer, saner, choice, and told her I was going to go for it. Jump. Into faith. Trust God, trust my daughter, trust family, trust me. And this time, even she softened, to "Yes, maybe trust."

My stomach eased a bit with new resolve. And then, in that instant, I thought to call a talk show host who'd interviewed me recently about my new book. He and I had discussed me hosting a weekly radio show on his fledgling new station. Friday, he had an offer for me. The guarantee, not a problem-solver by any means--but the potential--enormous.

I've been thisclose to deals more times than I can count. I've had thrilling creative partnerships over and over, only to watch them dissipate into thin air. This man, I intrinsically felt sure I could trust to follow-through, and, using his model, create success which would feed and grow everything I do, whilst being of service to others, doing what I love.

This, the divine guidance I sought. Let go and let God. Jump, and trust I will be caught. This time before my stomach hit my mouth--easy, safe landing on firm ground--with hope--a reliable leader--and, a certainty this was a gift from God for choosing love over fear. A clear sign that everything would be all right. I was not alone. I will not fail as long as I do my part, trust God, and help others.

And, if this proves incorrect, I'll be sleeping on your couch. 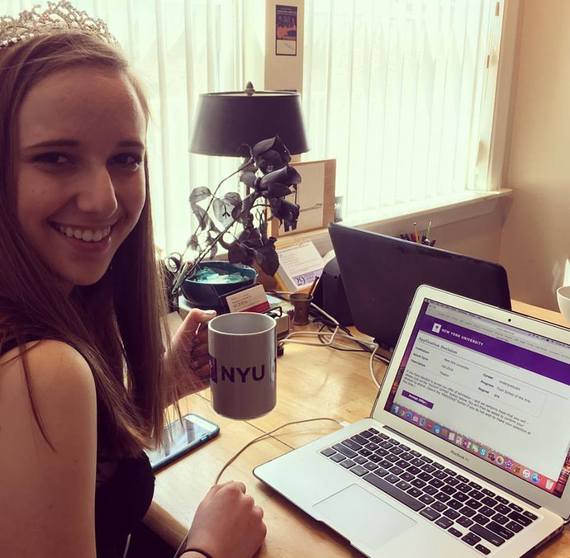