The nonprofit organization Girls Who Code states that in middle schools, 74 percent of girls express an interest in science, technology, engineering and mathematics (STEM), but when choosing a college major, only 0.4 percent select computer science. Growing up, I had always shown an interest in the sciences, but had never considered a career in computer science specifically because I had no prior exposure to the field. I thought that it would be too difficult to jump into, and it was disheartening to never see or know of any women or people of color pursuing this field.

Once I started college, my younger sister's curiosity about university majors and college life began to blossom. I had a male, Caucasian friend who told me many great things about his major, computer science. At the time I knew very few female computer science majors and absolutely none of them were African-American or Hispanic. This intrigued me, and so when my sister asked me what major I thought she should pursue once she started college in a few years, I told her that computer science might be a great fit since there is such a high need for women and racial diversity in the field.

After doing some online research, I learned more about Girls Who Code and encouraged my younger sister to apply. Nonprofits such as Girls Who Code and Black Girls Code work to close the gender gap in the technology and engineering sectors by inspiring and educating high school girls with the skills to pursue opportunities in computing fields. The U.S. Department of Labor projects that by 2020, there will be 1.4 million computer specialist job openings in the U.S., but U.S. universities are expected to produce only enough qualified graduates to fill 29 percent of these jobs. Female coding programs expose girls to STEM fields and empower them to become more confident in their abilities so that there can be more employment equity in the tech industry. Many girls who enter the program ultimately end up recognizing their keen eye for detail and their natural aptitude for creativity, technology, and design.

Despite the emergence of such organizations, girls who live in low-income or rural areas are often not able to participate in these programs due to socioeconomic and geographic barriers. Finding out about programs like these largely depends on one's social network, so girls of lower socioeconomic status and/or from lower resource schools are less likely to hear about these programs. Additionally, these programs are often based in urban areas in select cities and participants must commute daily, which restricts girls in more rural areas of the country from participating. Despite the great strides that female coding programs have made in addressing the gender disparity in tech, the most marginalized girls in the country are being left behind.

Programs like Girls Who Code or Black Girls Code should be implemented in low-resource settings, places where computer access for students is limited, and in more rural areas where tech companies are few and far between. To do this, measures must be taken to increase outreach, awareness and funding for these programs so that they can be accessible to as many girls as possible.

My younger sister would not have participated in Girls Who Code if I had not told her about the organization and encouraged her to apply. She definitely would not have been able to apply if we did not live in an urban area with a local chapter. We must acknowledge the social barriers to coding programs so that more funding can be allocated for tech classes for more marginalized girls. Coding could be introduced to girls at a young age through revised public school curriculums or after school programs that promote female empowerment and computer literacy. Coding programs are a great start towards achieving equality in tech fields, but there is still a long way to go before all girls interested in computer science get an equal opportunity to pursue their dream, regardless of their race, place of residence, or socioeconomic status. 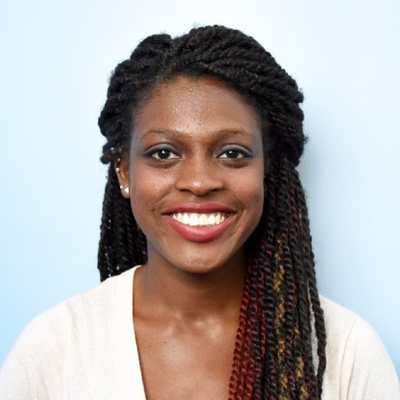 Ngobitak Ndiwane graduated from Brandeis University in May 2016 with a BA in Health: Science, Society, and Policy. In this interdisciplinary major, she had the opportunity to take several classes taught by Heller School for Social Policy and Management faculty and staff throughout her undergraduate career. She will be starting dental school this fall at Columbia University and can be contacted at nfn2104@cumc.columbia.edu.