I typically write about bullying and cyberbullying -- with today's political atmosphere, I would say I'm in the right arena.

One thing I've learned about social media, I like to stay clear of politics and religion, however when my son came to me with his essay, I decided to make an exception.

He's a professional, he's twenty-eight years old and a pediatric occupational therapist. He found himself faced in an unsual situation this election year. Friends that didn't see the same side of the political fence as him become extremely hostile and combative. He wasn't able to reason with anyone.

So he figured he would take to social media and I said (as the good mother), I would help.

This isn't about persuading anyone in any direction, it's about giving a voice to those that are being drowned out.

I want to share my views without inciting anger but merely to encourage fair consideration. I am an independent liberal however all my opinions have been formed with fair consideration to every side. Please don't immediately try to oppose me because I classify myself as such.

Part of my career and passion is working in underprivileged communities to support children with physical and neurodevelopmental disabilities as well as support and educate the families. It is incredibly meaningful to be able to provide this support because even though it is small it is an effort towards encouraging a better quality of life for everyone involved. I am in the mindset that making America great means supporting families and communities. I am not America, you are not America, we are America. I believe in policies that want to positively invest in our communities and children.

Socialist ideas are not inherently evil. Please do not discount social programs only because you associate the word socialist with authoritarianism instead of giving the ideas fair consideration. Our public school system is a socialist program and most of us would agree free public education for the youth is a positive program. Where people get riled up is welfare. People get mad at welfare because they assume everyone using it is abusing it, or it will encourage Americans not to work. This is not true.

There is a large majority of hardworking families putting in sincere efforts, that would exhaust privileged people like myself, and are not able to earn enough to provide the essentials for their families. If our goal is a great America we need to invest in these families and communities, they are part of America. We should not be putting policies in place to decrease opportunity for those who need it most and secure them into impoverished lives. Inherently there exist lazy individuals that will want to take advantage of the system however the benefits that it provides to families in need far outweighs the troubling thought of people abusing the system.

I get very frustrated with Policies that create tax breaks and bailouts for corporations that do not support our communities. Special interest groups can essentially purchase political prowess through politicians that are monetarily incentivized. There are many problems in America that are the result of these policies. Look at obesity in America, subsidies for corn have promoted an over abundance of a crop with little to no nutritional value that has been a major factor of health epidemics in our country. Overproduction of corn has lead to an overwhelming amount of unhealthy cheap processed corn foods, as well as supports unsustainable factory farming processes. Ultimately it is up to consumers to choose what we eat but when the government is helping to make unhealthy foods significantly cheaper than healthy ones it forces the hand of many Americans especially underprivileged families to take the affordable option. This is not right. We should not be supporting the wealthy corporations at the expense of our communities health.

I do not want big business to pay a disproportionate share of taxes but their fair share. This is not asking corporations to be taxed into bankruptcy but to pay an equal percentage as everyone else. Big business looks out for Big business they do not incentivize politicians to create legislation that would benefit us unless it just happen to be an unintentional side effect of them helping themselves.

I support love. I am not religious but I do have a firm grasp on what Christians believe both from living in the south and being raised to be a Christian. I know Christians love Jesus because he showed great love. The stories used to celebrate Jesus are his acts of kindness towards anybody, especially those on the bottom. Religion is an act of faith and some politicians have taken advantage of people's faith by getting them on their bandwagon on the basis of religion with the use of a few relatively insignificant issues using fear and bigotry. If any side is in line with Jesus's humanitarian efforts it would be the liberal side. Would Jesus not offer help to anybody especially if they are poor, an oppressed minority, or ill?

I support the candidate that supports these values. I support Bernie Sanders. There is more to be said but this is a start. 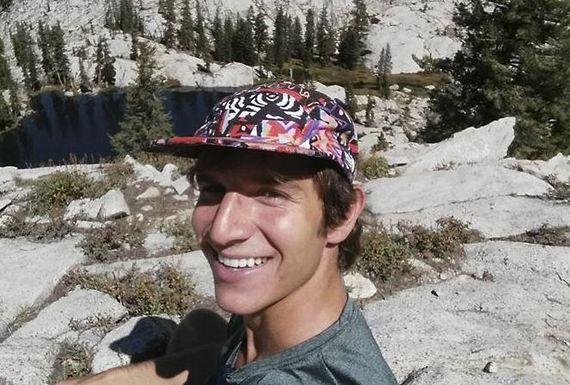