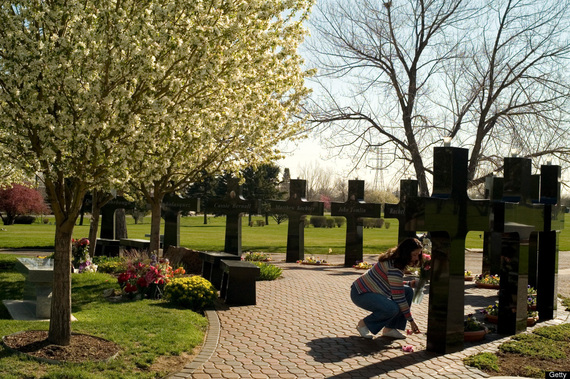 April 20th for some is a day marked with a display of affection for marijuana; they call it "National Weed Day." There are varying explanations and origin myths but none are overly compelling. The calendar becomes more crowded with more days to keep track of, often seemingly a product of marketing campaigns by greeting card, candy or the florist lobbies. My purpose is not to eliminate your favorite annual tribute. Instead I'd like to suggest another important meaning for April 20th. How about a tribute in memory of the victims of mass shootings?

April 20, 1999 was the day two high school boys murdered 15 innocent students and teachers at Columbine High School in Colorado, seriously injuring many more. The tragedy at Columbine took on great importance for several rampagers who followed them. The killers at Sandy Hook Elementary School and Virginia Tech University, for example, studied and obsessed over Columbine, as did numerous others.

It turns out that the five days between April 15th and April 20th have been notoriously marked with the spilling of innocent blood. On April 15, 2013 terrorists killed 6 and seriously injured 280 in the Boston Marathon attack. April 16, 2007 was the Virginia Tech tragedy. On April 19, 1995 a mass murderer killed 168 innocent victims and seriously wounded more than 680 in the Oklahoma City Federal Office Building attack. And April 20th was Columbine. As the killers study, pattern and sometimes look to "outdo" the massacres preceding their carnage, the connection between the April dates are likely not a coincidence.

With the anniversaries of so many rampages on the calendar, April might not be that unusual. Every month likely has its dark days. I have often wondered, in retrospect, whether in life I unknowingly crossed paths with a rampage killer. I taught at the Connecticut college where the Sandy Hook killer took classes, lived and worked in a nearby town. I've lived and worked in Tucson, the location of another sad rampage that left 6 innocent people dead and 15 with very serious injuries.

Mass shootings affect entire communities. There are family members grieving over the senseless murder of loved ones, victims left with lifelong pain and suffering, and family members who care for them. There are the witnesses who survived the sprees and are left with traumatic memories. There are responders like police and EMT's who arrive and witness unthinkable carnage and human suffering, in reality not unlike what is witnessed in war. With the astounding number of mass killings, chances are many of us have had some connection with a community, a school, a church, possibly a workplace targeted for a bloody rampage. On April 20th we can think of the communities across the country affected by rampage violence, take stock of the people we know who are affected.

We can all be more vigilant, too, in looking to spot the warning signs that are always present as harbingers of a rampage in the planning stages. Parents can make a greater effort to know what their children might possibly be conspiring to do, as can friends, teachers, care-givers. No person, no community is immune.

This year on April 20th perhaps pause to remember innocent victims of violence. Then give some thought to the people you know who might possibly be getting ready to mount a deadly assault. Take a look around you. The cloud of smoke that rises might end up more resembling a war zone than a party.