Many entrepreneurs like to wax poetic about the amount of hours they've worked, or sheer determination it takes to run a business, or the amount of sacrifices they've taken. But few can look at themselves and honestly say they've done as much as Steve Mehr. Foundr sat down with him to talk about he grew his multimillion dollar empire.

For the past 20 years, Mehr has worked tirelessly as a serial entrepreneur, building and growing businesses in software development, from consumer electronics to real estate, and everything in between. Today he is an accomplished attorney, the founder and CEO of Webshark360 a nationally recognized full-service marketing agency, and author of Dominate Your Goals: A Guide To Achieving Results a compilation of a lifetime's worth of advice and lessons for entrepreneurs everywhere.

The multimillion-dollar success story of Mehr can essentially be captured in two simple words: sacrifice and determination. For all 38 years of his life, he's maintained his relentless work ethic, making sure that every moment of every day is spent moving him closer towards his goals. 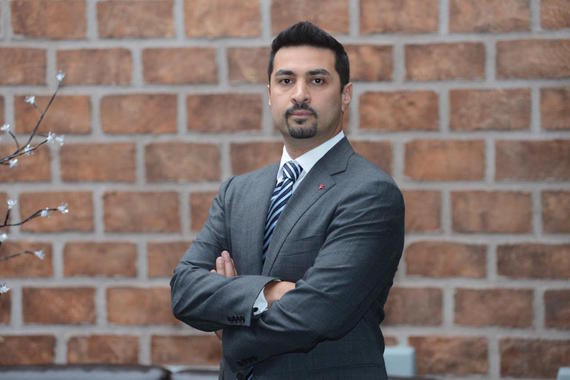 Blessed with an entrepreneurial spirit since an early age, he recalls his first foray into business with consumer electronics.

"I started my first business when I was 16 years old, I came across a wholesale catalog and it had a pair of 6 by 9 speakers in it for $90 and I'm like 'I bet you I could sell these things for a little bit more to the rich kids. So I got about $90 in Christmas money and I ordered a pair of these speakers and within a week I sold them for $150 in high school and that's how my first business started."

From that $90 came a decision to forego college after high school to go straight into business by opening a retail store for consumer electronics. An incredibly controversial decision to a family of doctors and engineers.

"When I graduated high school and I told my family I was going to start a business, my grandparents, my uncles, they all came in one at a time and told me 'you're going to be a loser, you're going to end up on the street, you're insane, you can never make it without an education.'"

Undeterred by the criticism, he instead used it as fuel for motivation to keep going, and at 18 years moved out of his home.

When faced with such criticism, it's easy to suddenly feel lost, and like each one is a personal attack. Often we're told that praise is better than criticism when it comes to motivation. Conventional psychology certainly backs that up. However, as Mehr intuitively knew, criticism can be empowering and a great motivator.

While there's nothing left to prove to his family, Mehr admits that to this day, it's easy for him to recall those memories and become inflamed with emotions.

In the years that followed Mehr was a machine, constantly working and eventually growing his small store into multiple retail stores, a wholesale warehouse, as well as an online outlet.

"Essentially working 7 days a week was not always the most efficient, but what I didn't understand I made up with sheer drive and hours. My personal expenses were at a bare minimum, so every spare dollar I was making was going back into marketing the business and growing it."

In 2001, Mehr graduated from California Southern Law School. Simply citing the fact that he had become bored with the electronics businesses, he decided to sell off his businesses and joined a law firm, before eventually starting his own.

While there, he noticed a lack of full-service marketing and advertising agencies. There was no single agency that existed at the time that was able to handle both traditional media marketing along with digital marketing. To Mehr, marketing is one of the most essential skills when it comes to scaling a business, among others.

"I thought to myself, if you can master the marketing side, then you can really come in and out of different businesses and business models fairly efficiently and easily."

It wasn't long before other law firms began to take notice and asked him to handle their marketing and advertising as well. While taking onboard extra projects may seem daunting to some entrepreneurs, Mehr admits that his innate competitive and restless attitude is what drives him to pursue as many different businesses as possible.

"One thing I've been good at compared to maybe some entrepreneurs is that I've always had other businesses being incubated, so even while I had my law firm I was developing software, I was incubating the marketing company within the law firm, I was doing other real estate projects, I was taking on some consulting work.

I always have two or three businesses being incubated, and most of them ended up being really successful, I've sold probably a dozen businesses, and more than 6 or 7 of them for over a million dollars."

Mehr notes that life doesn't necessarily get easier as you get older; in fact the opposite is more likely. There are more responsibilities as you get older, more distractions to take your attention away from your business.

He believes that entrepreneurs should start as early as possible, because success comes at the cost of sacrificing a certain amount of time and energy on your part. And it's best to do that while young, when you have as little responsibility as possible.

"My advice is do it today, or yesterday. You should've done it yesterday, if you didn't do it yesterday then do it today, and make as much sacrifice as possible because every year that goes by it doesn't get easier. There's more life obligations, there's more every type of obligation in pieces as time goes on."

Today Mehr is thankful for the relentless work ethic he maintained and all the sacrifices he made when he was 18 to 26. Despite sacrificing time with friends, family, and even potential relationships, he knows that he made the right choice.

Because the sacrifices he made early in life paved the way for him to be able to spend time with his family now and live the lifestyle he chooses. If given the option to go back and change the past, to sacrifice those 8 years now instead, he would confidently says that he would do it all again.

"I tell people, it takes seven to ten years. Everybody's trying to make a quick dollar, everybody's trying to get rich overnight or in a year or two. And I'm not saying that it doesn't happen but that's the exception to the rule. The rule is if you're willing to make a long-term sacrifice, really immerse yourself into the industry or field you're in then you'll make it.

Just know that it's not a short journey, it's a long journey and you just got to stick with it, and you're going to want to quit so many times, but that's just the way it is. If it was easy then everybody would do it."

Get more from Steve Mehr by listening to his interview with Foundr Magazine here!