For all the talk of "liberal Hollywood," diversity is not among the movie industry's strengths.

Dee Rees, the director of "Pariah," a semi-autobiographical coming-of-age story that focuses on a black lesbian's experiences coming out in New York City, knows the story too well. In an interview with Colorlines, the writer-director said those very words ("black," "lesbian," "coming of age") were often enough to immediately stop film studios and backers from participating.

"We'd go to pitch meetings and the moment we said 'black, lesbian, coming of age,' they would turn around, validate our parking and hand us a bottle of water," she confessed in the interview.

Rees resorted to private benefactors to finance the film, which she said she believed would reach a significant audience. She appears to have been correct -- the film is sitting at a comfortable 95 percent rating on the review-aggregating website Rotten Tomatoes.

If the public already appreciates these types of stories, why haven't Hollywood movie executives caught on? In an interview with the Los Angeles Times, Rees said the themes in her movie are universal, arguing that the reaction to the film "says that audiences are progressive; they want to see different kinds of stories." The short film that "Pariah" is based on was accepted in 40 film festivals and won 25 awards.

"That wasn't just the choir speaking up," Rees said.

One reason the industry has been slow to change is that Hollywood's race problem is often underestimated. In 83 years of Academy Awards, there have been a total of four black best actor winners and one black best actress winner (Halle Berry, for 2001's "Monster's Ball").

It's a similar picture at the Golden Globes, where five black men have won best actor honors (the same class as the Oscars -- Sidney Poitier, Denzel Washington, Jamie Foxx, Forest Whitaker -- plus Morgan Freeman) and only two black women have received the award (Whoopi Goldberg for drama for "The Color Purple" back in 1986 and Angela Bassett for comedy or musical for 1994's "What's Love Got to Do With It").

From 1962, when Poitier won, to 2001, when Washington was honored, not a single black man was awarded the top acting prize at the Oscars. And there have been precisely zero black best director winners at both the Oscars and the Globes. Only two black men -- and zero black women -- have been nominated for the Academy's directing honor: a 23-year-old John Singleton in 1991 for "Boyz n the Hood" and Lee Daniels in 2009 for "Precious." The Globes' single black nominee for best directing to date is Spike Lee, for 1989's "Do the Right Thing." 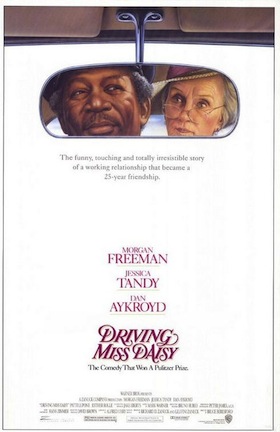 Examining the content of the performances that did gain the industry's favor reveals a disturbing trend. Nearly all of the films that have won awards are either biopics of black celebrities or dictators (Foxx won for "Ray," about Ray Charles, Whitaker won for his portrayal of Ugandan dictator Ida Amin, Bassett's "What's Love Got to Do With It" centers on Tina Turner's life story) or tell stories that are socially or ethnocentrically about the black American experience. (See: Poitier's turn in "Lillies of the Field," Goldberg in "The Color Purple," the racially-motivated abuse Halle Berry's character in "Monster's Ball" faces, and Morgan Freeman playing the helpful driver in "Driving Miss Daisy.")

The pattern is even clearer when examining the black nominees for best directing at both award shows: "Boyz n the Hood," "Precious" and "Do the Right Thing."

This is not to say that these films are not valid, valuable pieces of cinema, for indeed they are. "Pariah" seems poised to join these films in the cannon of richly-elaborated, nuanced portraits of American life. But are we not living in a time where it's important to ask for more?

These films themselves are not the issue at hand -- it's the absence of black actors, actresses and directors in roles that don't focus heavily or nearly-exclusively on the color of their skin. 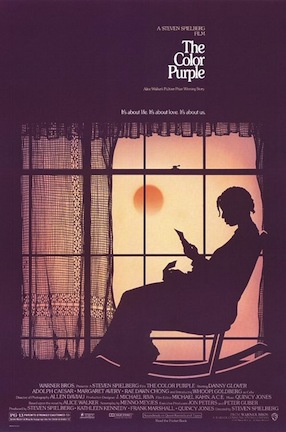 It's a problem Rees herself hints at in the LA Times interview, noting that the only black, queer reference she had in cinema came from "The Color Purple."

"Growing up," she said, "I was very aware that there weren't many people like me on the screen."

According to a Screen Actor's Guild's report on diversity in casting, 76 percent of lead roles in television shows and movies went to white actors (the most recent data available online is for 2008), with 81 percent of those roles going to whites when the period was extended from 2002 to 2008. Even more troubling is the Guild's finding that the share of all roles (leading and supporting) for African-American actors and actresses didn't increase in 10 years. So from 1998 to 2008, it remained around 13.4 percent.

Of course, Hollywood is hardly unique in its racial boxing-in of talent. The authors of Asian descent with the highest name recognition, for example, are probably Amy Tan of Joy Luck Club fame and Amy Chua for Battle Hymn of the Tiger Mother. The problem is again not a serious want for talented Americans of color, but rather an industry that expects writers of noticeably "ethnic" descent to produce work that only concerns their ethnicity-specific experience.

What do you think, readers? Are you happy with the films you've been presented with in the past few years?