We know what happens when you grill an iPad, but what do deep-fried gadgets look like?

Artist Henry Hargreaves has an answer, sort of. The Brooklyn-based still-life, art and fashion photographer's latest work is a series of deep-fried technologies, ranging from a 1990s-era Game Boys to the modern iPhone and iPad.

After discovering an online video of an unsuccessful attempt by Japanese youths to deep fry a PSP, or PlayStation Portable, Hargreaves decided to expand on the idea with a photography project.

"I like to play with food and the juxtaposition of different worlds," Hargreaves told The Huffington Post. "Also I see similarities between tech culture and fast food. Quickly devoured and then discarded."

Don't worry -- no technologies were harmed in the shooting of this project. Although the gadgets look real, they're actually recreations made with a material called foamcore, which were then dipped in batter and dunked in oil.

"I didnt have deep enough pockets to get the real thing," explained Hargreaves, adding, "nor did i care to find out what happens when a lithium battery is dunked in 400°F oil!"

Check out Hargreaves' deep-fried photo series in the gallery below.

Photos by Henry Hargreaves and food styling by Caitlin Levin. 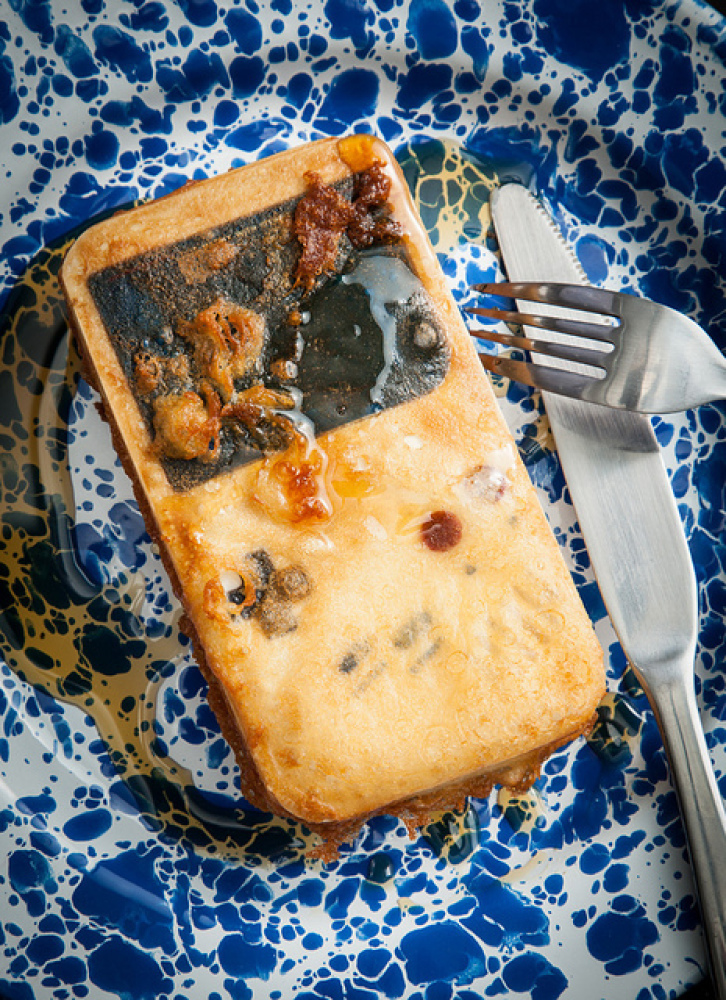