He's already introduced the world to its most bizarre carnival food creations, like deep-fried Kool-Aid, deep-fried Oreos and the triple decker Krispy Kreme cheeseburger. His newest food mutant might be the biggest fair food oxymoron ever: The deep-fried Slim-Fast bar.

Every year, "Chicken" Charlie Boghosian, 46, invents bizarre food mashups that inspire shock and awe among "carnie-vores." He debuts them at the San Diego County Fair.

This year, in an effort to top himself, he deep-fried a diet bar. He said the method adds an estimated 500 calories to the 200 calories found in a Slim-Fast Chewy Chocolate Bar.

It's a diet bar breaded in pancake batter and fried, then dusted with powdered sugar and drizzled with chocolate.

The "thinspiration" came out of a combination of health, hubris and a sense of humor -- probably the only thing healthy about it.

"I've weighed around 325 pounds for the past five years," he told The Huffington Post. "I've managed to lose a little and gain a little back, and sometimes I use Slim-Fast as meal replacements.

"I was having a fry fest at my house where my family and friends bring things they think will fry well and I thought I'd deep-fry a Slim-Fast bar because it was a total oxymoron."

Maybe it was, but it was a tasty one.

We tried the chocolate beauty (video above), and don't think it'll show up on the Atkins diet anytime soon. You can’t really taste the health, just the chocolate sauce.

"I honestly think this is better than my deep-fried Oreo, which is the thing I'm most famous for," Boghosian said.

The Huffington Post reached out to Slim-Fast to get their opinion on Boghosian's battering of their product, but the company hasn't responded.

Still, Boghosian insists he's not recommending that people deep-fry their diet bars on a regular basis.

"When people go to the fair, I think they leave their calorie counter at the gate," he said. "This is something you might eat once or twice a year."

The deep-fried Slim-Fast bar isn't Boghosian's only bizarre creation. Also on the menu is a deep-fried peanut butter pickle, laced in powdered sugar and chocolate sauce.

Boghosian says both are selling well, but the Slim-Fast bar is getting better reviews.

Patrick Henderson, a food reviewer for the San Diego Reader, gave the Slim-Fast bar "3.5 defibrillators out of 5," mostly because it tasted better than a regular Slim-Fast.

Consumers aren't as sweet on the peanut butter pickle.

“I thought it would be saltier,” John Price of Escondido told the San Diego Union-Tribune. “And I kind of miss the pucker in the pickle. There’s no pucker.”

Boghosian said the pickle is a work in progress, and he may substitute chunky peanut butter for the creamy kind he's currently using. 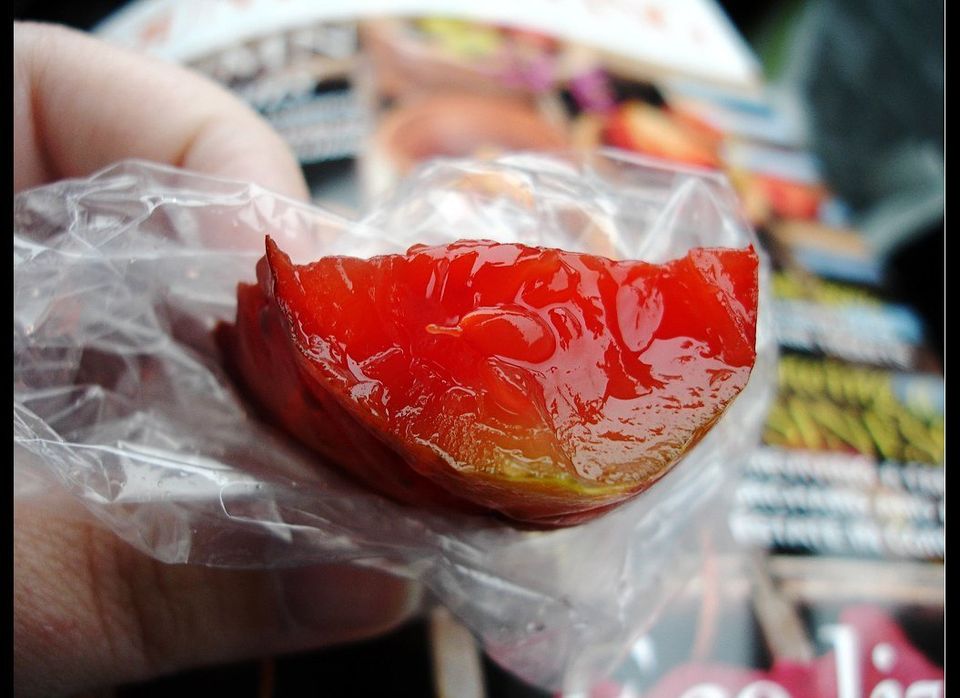