As the new year approaches, many of us in the dimly lit brotherhood of computer clumsoids (and our number is legion) feel the sharp prod of IT experts who blow themselves blue encouraging we Luddites to change passwords once a year like smoke alarm batteries or high school girlfriends or underwear on Duck Dynasty. And you know what that means: time for one more slippery descent into the bowels of Password Hell.

Passwords have engulfed our lives like glitter at a fashion show. You need one to rent a car, view your water bill, turn on the microwave, get in or out of bed. Oh, wait. That's a safe word. Mine is "ouch." And don't get started on usernames, because it's increasingly difficult to keep track of who we even are anymore.

The gear-clanging, brain-racking to dredge up a unique password for 2014 has commenced. Altering the Es to 3s is trendy. 8s to Ss and versa visa. But will it be enough? Each of us knows the terror inherent in that little bar rating passwords according to strength. Green -- good. Red is weak. And don't you love being called weak by some snotty algorithm? And no matter how many times you snap back, "oh yeah, well, you're inert and lack sentience," it doesn't help.

And yeah, yeah, yeah, we all know the best passwords are a series of random symbols that look like Dagwood Bumstead's dialogue balloon after hitting his thumb with a hammer. Giving you the same chance of remembering them as Rob Ford has of winning the decathlon in Brazil two years hence.

On top of that, enough layers of rules are being added to qualify for croissant dough. Your password no longer can be your wife's birthday or 1234567 or the word "password" or eatpoo&die. Can't be any password that has ever been used before. In the history of humanity.

At least six characters long but no more than 12. Must contain capital letters and non- consecutive numbers, two punctuations, a Polynesian petroglyph and the closest representation of a squirrel hut your keyboard can muster. Oh yeah, well, hashtag this. How does Password1234 strike you?

Worst thing you can do is write the password down. And please refrain from using the same password for all your firewalls. So expect to have 30 or so strings of nonsense floating around your cerebellum. We may be thwarting hackers, but the first casualty is usually ourselves. Half our time is spent logging in.

There's password retrieval programs, but none of the questions appear the least bit familiar giving rise to the distinct possibility of drunken site registration. "What is the name of your favorite pet?" Who can make that kind of judgment? "Your son's middle name?" Negative sons in this family, thank you very much. "Favorite non-cruciferous vegetable." The hell does that even mean?

Password protection apps are popular. But the very idea seems a bit dodgy. Too many people wanting to manage my passwords. And willing do it for free. Eerily similar to those '80s subliminal tapes used during sleep cycles. Stop smoking. Manage stress. Pretty sure the subliminal message for most of those was "buy more tapes." Meanwhile, the boatman has been paid and is taking me across the RiverStyx19$#!T. And yes, the period counts.

PHOTO GALLERY
Tips And Tricks To Help Your Laptop Last Longer
Download
Calling all HuffPost superfans!
Sign up for membership to become a founding member and help shape HuffPost's next chapter
Join HuffPost 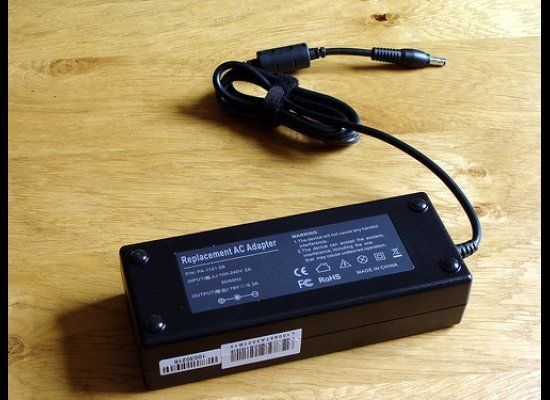