On April 20, 2010, Transocean's Deepwater Horizon oil rig exploded, killing 11 people and, over 87 panic-filled days, spewing more than 200 million gallons of oil into the Gulf of Mexico.

I was there in the summer of 2010, while oil gushed from the hole that BP made, yet couldn't contain. Despite the fact that the oil companies' expertise is to drill a hole and collect the oil that comes out, BP couldn't figure out how to stop the oil from coming out of the hole. For nearly three months we watched oil-soaked pelicans, turtles and dolphins. The livelihoods of fishermen dried up.

What did we learn? Al Jazeera recently reported that there have been more than 1,500 new drilling permits issued for the Gulf since April 20, 2010. Congress has refused to pass new safety regulations, essentially saying to the people of the Gulf -- and the rest of us -- here's our middle finger. 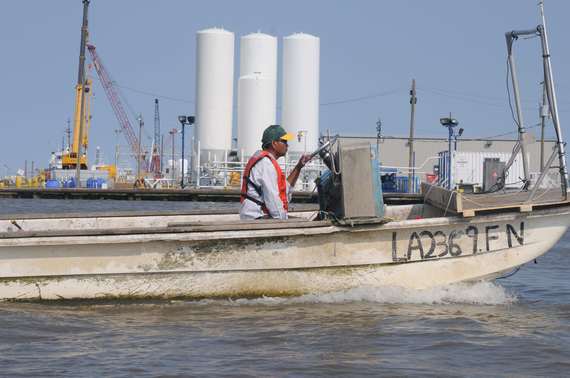 On a good day in the gulf -- This is what East Coast marshes will look like if drilling is allowed. Photo -- C. Safina

The Deepwater Horizon tragedy is just one reason why we need to begin turning our back on the petroleum era. Disasters like tanker spills and blowouts get the headlines by killing everything from dolphins to tourism. But mainly it's the underwater noise of seismic exploration and associated confusion, the bloated ports, smelly air; the accelerated tanker traffic, increased overland oil shipping, the day-to-day spills and chronic leaks that all contribute to the erosion of wildlife, habitats, natural beauty and safe waters wherever oil is the thing. The Associated Press recently reported that a Gulf oil platform has been leaking since 2004. According to outside experts, that leak could be at the source of the largest spill ever in the Gulf. Daily leaks, minor spills and associated infrastructure are eating away at our coastlines and chipping away at our most special places. The greatest food-producing wildlife habitat of the United States -- the Mississippi Delta -- has already lost more than 2,300 square miles of wetlands, largely from about 10,000 miles of man-made canals cut through its forests and marshes, much of which are there to facilitate oil business, and all else be damned.

Ask the people of the Gulf, or Alaska's Prince William Sound, or the Niger Delta or any of hundreds of places worldwide that are afflicted by the blight of oil extraction and processing, and they'll tell you that there is no such thing as oil spill cleanup. Once oil development has started, the battle has been lost, because accidents will happen. 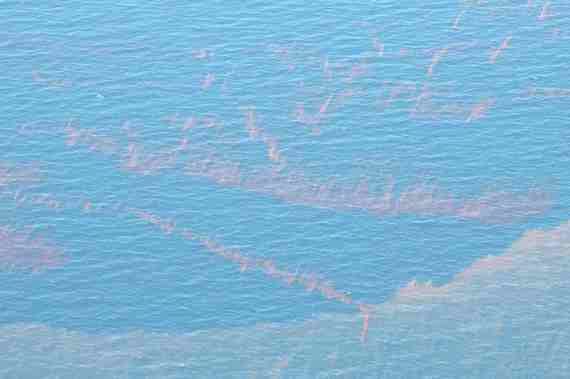 Yet despite the guaranteed catastrophes and the daily corrosion of death by a thousand cuts that we see wherever oil and water mix, the Obama administration is ready to open up 80 percent of our coast to drilling and development, including the Atlantic and Arctic Ocean coasts where drilling has never been allowed. Obama's energy policy is "all of the above." But if you've read this far, my policy is: none of the above. We're literally sick of it.

We can't allow what happened in the Gulf to happen to the fishing, turtles, dolphins, marshes and tourism of the Carolinas and Georgia. It took months to stop a well in the warm waters of the Gulf, where every possible ship and fabrication facility, helicopters -- the works -- could easily be deployed. What do they think will happen in the Arctic Ocean, where addressing an oil spill or blowout in the shrieking storms and 20-foot swells and battering ice and months-long darkness is impossible. It's madness to imagine managing an accident there.

Yet, Shell Oil Company continues its reckless pursuit of permission to prick the Arctic Ocean, willing to put the entire region in jeopardy, while bean counters figure out the dollar-pricing of death to polar bears and walruses.

How do we know we don't really need this oil? Because the oil companies are lobbying like hell to be allowed to export it. In their unpatriotic multinational way, they are willing to risk America the beautiful and our health for more zeroes on their ledgers. It's insane, but what alternatives do we have?

It is time to stop oil development and drilling in our special places. It is time to release us from being the oil hostages we have become. It's time to stop having our tax monies -- never enough for better schools -- subsidizing oil companies so their treasonous lobbyists can corrupt Congress and install the best puppets money can buy. 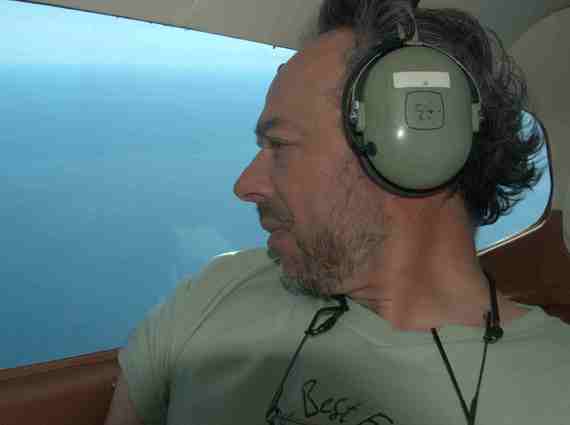 Over the Gulf in 2010 -- The only value of what I saw is my resolve to see it nowhere else, ever again. Photo -- C Safina

Instead we need to move toward the clean energy future that we will have to build when the oil runs out. Well, the easy oil is gone. Now is the time we need to harness and scale up the energies that actually power life on this planet: the sun, the force of wind, the strength of tides, the heat of the earth itself. The jobs we get are the jobs we plan for. Anyone who says we need oil from the East Coast and the indefensible Arctic Ocean lacks vision. Anyone who says we can't do much, much better is either ignorant or lying.

They were lying in 2010 as I watched BP's oil stain our Gulf and people's lives. I never want to see what I saw ever again, anywhere.