There's no question that NBC Nightly News anchor Brian Williams "misrepresented events which occurred while he was covering the Iraq War in 2003," as NBC News President Deborah Turness put it in a Feb. 10 memo to the staff. Williams acknowledged it days before Turness announced he had been suspended without pay. 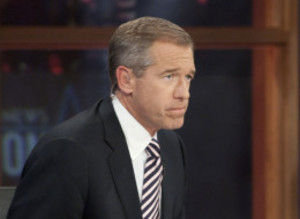 But Williams also strongly maintains that his misstatements were unintentional, the result of jumbled memories at least a decade old. And he has apologized for them (with atypical clumsiness) to viewers and to troops who were connected to the events of 2003.

NBC doesn't seem so sure about the unintentional part. Turness assigned Richard Esposito, NBC News' senior executive producer for investigations, to sort the facts from the supposition and snark that have become attached to Williams' 2003 Iraq reporting, to aspects of his 2005 coverage of Hurricane Katrina from New Orleans, to his broadcast references to personal contacts with U.S. Special Forces troops and some other stories.

So Williams - now one month and $833,000 into his six-month, $5-million suspension - waits for Esposito to complete his work.

The media-twitt-blogo-socio-sphere didn't wait at all. Propelled by a hyperventilated frenzy of coverage - sometimes politically tinged - it condemned Williams as a fabulist and self-promoter who has invented story embellishments that enhanced his image and stature.

But frenzy's a lousy starting point for investigation and deliberation. When you analyze puppy-rescue stories that date back to Williams' volunteer stint as a high schooler at a New Jersey firehouse, you've crossed into a dimension not of sight and sound but of farce.

The controversy's ignition source was a story Williams aired on January 30 of this year about a retiring Army veteran he encountered in Iraq in 2003. As part of that story, Williams recalled a 2003 helicopter supply mission on which he and an NBC military consultant and camera crew flew with soldiers from the 159th Aviation Regiment. "The helicopter we were traveling in," Williams said, "was forced down after being hit by an RPG [rocket-propelled grenade]."

Not true. His helicopter was not hit by an RPG, and although it did land suddenly in the desert, it was to hunker down against a worsening Iraqi dust storm.

I've watched and re-watched multiple televised news reports and interviews about Williams' Iraq reporting and the recent uproar over it. I've seen original broadcast segments and read transcripts and tried to closely follow published coverage. The extensive reporting of Stars and Stripes, the independent military newspaper, was particularly helpful, including its April 1, 2003, story that described a helicopter crew that had survived an RPG hit and small arms fire while on a supply mission a week earlier.

What emerged from all this was a sense - a pretty ordinary, unsexy, non-click-bait sense - not of self-aggrandizement run amok but of run-of-the-mill sloppy reporting and compounded errors under admittedly challenging circumstances.

On March 26, 2003, NBC aired three slightly varied versions of reports from Williams at midday, on Nightly News and on Dateline. 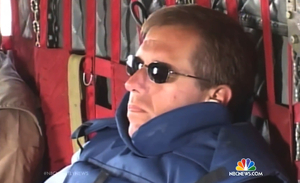 He said that two days earlier - March 24 - the NBC contingent had been in a group of four helicopters flying low and slow over the Iraqi desert carrying heavy payloads of bridge parts.

That was Williams' first error. Three different men - all identified in separate CNN interviews as the pilot of Williams' helicopter - said their mission did not consist of four choppers. Two of them said there were only two aircraft. One said there were three. Nobody said there were four.

Williams' Dateline report also included audio recorded off the communications radio on Williams' helicopter in which an unidentified crew member said his chopper had taken enemy fire. Shortly thereafter, Williams' helicopter and another from his group made a hasty unplanned landing in the Iraqi desert. Two other helicopters were already there. One had a hole from an RPG round near its rear rotor and bullet holes from small arms fire.

The Stars and Stripes story of April 1, 2003, makes clear that the two helicopters already on the ground were part of a separate supply mission of three helicopters. The third had landed elsewhere. All had come under fire; one had been hit.

Fast forward 12 years: The complete transcript of Williams' Feb. 4 interview with Stars and Stripes reporter Travis Tritten revealed Williams' second error: Williams believed the four helicopters on the ground were all part of the mission he was accompanying, instead of two from his mission and two from the separate mission that had taken enemy fire. "That's the first time I've heard that," Williams told Tritten.

Believing all four helicopters were part of his group, Williams seems to have concluded that the "taking fire" radio report they heard earlier had come from another chopper in his group - a third error. And based on the fact that the RPG-damaged chopper was on the ground when he arrived, Williams reported that his helicopter had been behind the one that was hit by the RPG. Error number four.

In Williams' defense, the soldiers on both missions were members of the 159th Aviation Regiment but from different companies, which could have added to the confusion. And he might have got the story straight if pilots from the choppers that had taken fire had agreed to his request for interviews. But they declined, and the NBC team had to settle for video of the damaged helicopter.

Contrary to damning media assertions and insinuations that Williams' story gradually "evolved" over time from accuracy to fabrication, his content was factually flawed from the start, as noted above. Those flaws remained consistent and essentially unchanged for 10 years, with no references to Williams' chopper being hit by fire. The minor variations that pop up probably would be tossed off as insignificant in a less highly charged context.

The first major change I came across occurred during Williams' guest appearance on CBS' Late Show with David Letterman on March 26, 2013. Williams said his chopper had been hit by RPG and AK-47 fire. He repeated that erroneous assertion later the same month in a public radio interview with Alec Baldwin on WNYC and two years later in his January 2015 Nightly News story about the retiring soldier.

It seems implausible to me, even absurd, that after 10 years of describing the 2003 incident modestly (albeit inaccurately), Williams would suddenly decide in 2013 to deliberately exaggerate its gravity. That lends credence to his assertion that it was unintentional.

Some of Williams' critics have pointed to an online listing of an archive of NBC video clips as proof that he's been using the false "an RPG hit my chopper" claim from the beginning. The archive includes a reference to a clip from March 26, 2003, with the title "Helicopter NBC's Brian Williams was Riding In Comes Under Fire."

But the description indicates that the clip is from Williams' report for Dateline, and that title line did not appear in the broadcast, either in spoken or text form. I've found no evidence that it ever was used on the air.

Will Williams ever return to NBC? He very well might, if NBC's Esposito doesn't find hard evidence of hinky misstatements in other WIlliams reporting.

Williams' references to contacts with Special Forces, for example, made on Nightly News and Letterman's show, certainly seem far-fetched, even fanciful, except for one overlooked detail: The NBC military consultant Williams traveled to and reported from Iraq with in 2003 was Gen. Wayne A. Downing.

When Downing retired in 1996, he was commander-in-chief of all U.S. Special Forces, having spent the better part of his career in that unique corner of the military. If Williams first connected with Special Forces troops in Iraq in 2003, Downing, who died in July 2007, might have paved the way for it.

NBCUniversal's news operations, which appear to be headed for another round of senior management restructuring, surely need the resolution of the Williams situation to be accepted as credible, fair and appropriate. The only shot the network has at that is to ensure the decision is fact-driven, not frenzy-driven.