If you've been on Facebook in the past 24 hours, you've probably heard the story of Samuel Forrest, a baby born with Down Syndrome in a hospital in Armenia. The mother gave the father an ultimatum: it's me or the baby. The father kept the baby, and the mother filed for divorce. Naturally, everyone applauds the father; meanwhile, the mother comes off as a cross between Medea and Maleficent. 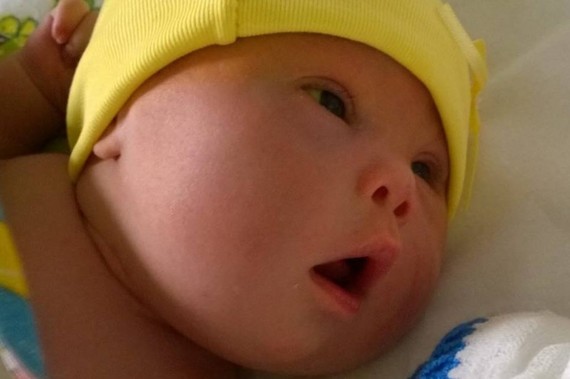 Emotionally, this is the perfect viral news item, because it allows us to feel both uplifted and outraged at exactly the same time. The father achieves sainthood, while the mother is the target of the sort of abuse that mixes badly with talk of "God's blessings" and "little angels." At least one angry commenter managed to couch his or her hostility in angry terms that were somehow consistent with the treacly spirit of the positive posts about the father: "What a see you next tuesday that woman is." All the vehemence of obscenity without the guilt for being naughty.

But in our race to find heroes and villains, we fall victim to a common and dangerous error: treating the event as entirely a matter of free choice made by independent individuals guided only by their own moral compass. There is no need for context. And we certainly don't want to talk about the social structures that might make the mother's choice predictable and even understandable.

Buried in the story is the fact that the mother is a native Armenian, and the father is from New Zealand. In other words, the mother is from a country where doctors and family members routinely assume that a disabled child should not and cannot be kept at home. Even worse: throughout the post-Soviet world, there are virtually no systems in place for providing even a minimal amount of useful information, let alone support, to a mother who has just given birth to a DS baby.

The point here is not to stereotype Armenians, but to recognize that our choices are conditioned by a society's overall approach to disability. Just fifty years ago, most American mothers would have been expected to make exactly the same decision. Were our own mothers and grandmothers terrible people because they were more likely to abandon a DS child, while we are morally superior simply by virtue of living in a different time and place?

I have an 11-year-old son with autism, and even the momentary thought of his institutionalization makes me physically ill. But if I think that I would have felt the same way in the age of warehousing autistic children damaged by "refrigerator mothers," I'm probably fooling myself.

The father has done a wonderful thing, and has made what most of us would think of as the only moral choice. But he's making a choice that his entire life has probably led him to make. The mother has done exactly the same thing.