WASHINGTON -- Democrats kicked off the new congressional session Tuesday by reintroducing legislation to repeal the federal Defense of Marriage Act, which allows states to refuse to legally recognize gay and lesbian couples married in other states.

The Supreme Court struck down a portion of DOMA last year that barred the federal government from recognizing same-sex marriages. But because the rest of the law is still in effect, states that have banned same-sex marriage are not required to recognize legal marriages performed in other states. Same-sex marriage is now legal in 36 states -- Florida joined the group on Monday -- and in the District of Columbia, while the remaining 14 states have explicitly banned it.

The bill introduced Tuesday, called the Respect for Marriage Act, repeals DOMA entirely. If it were to become law, all legally married same-sex couples would have access to federal marriage benefits and protections, even if they moved to states that haven't legalized gay marriage. It wouldn't require states to pass marriage equality laws; it would only require that legally married same-sex couples living in those states receive the same federal benefits as other married couples.

The measure isn't likely to go anywhere. It only has one GOP cosponsor, Rep. Ileana Ros-Lehtinen (Fla.), in a Congress led entirely by Republicans. Despite the fact that it's been introduced in every Congress since 2009, the only action it has ever seen was in November 2011, when the Senate Judiciary Committee passed it.

But Democrats are making it clear by reintroducing the bill on day one that LGBT rights are a party priority and something they want to champion ahead of the 2016 presidential election. This year's bill has 42 cosponsors in the Senate and 79 in the House. It also picked up a notable new cosponsor: Senate Minority Leader Harry Reid (D-Nev.).

"We must finish the job begun by the Supreme Court by passing the Respect for Marriage Act," said Rep. Jerrold Nadler (D-N.Y.), the bill's House sponsor. "The bill provides a uniform rule for recognizing couples under federal law, ensuring that lawfully married couples will be recognized under federal law no matter where they live and guaranteeing that all families can plan for a future of mutual obligation and support with confidence."

"Only when this bill is passed will we be able to guarantee the federal rights, benefits and responsibilities of marriage for all loving couples," said Sen. Dianne Feinstein (D-Calif.), its Senate sponsor. "I call on my colleagues on both sides of the aisle to support this bill."

CORRECTION: This article incorrectly stated that the Senate Judiciary Committee voted to repeal DOMA in July 2011. The vote occurred in November of that year. 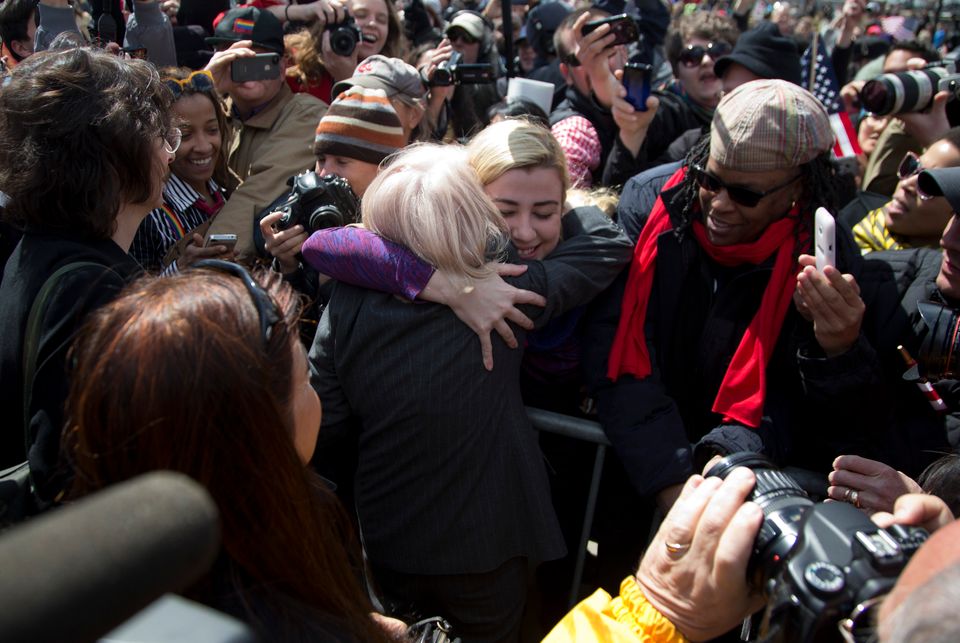