Seventy-one years ago, in June 1944, Edgar Krasa, then a young prisoner at the Theresienstadt concentration camp, (also known as Terezin) was among some 60 Jewish men and women prisoners at the Nazi camp who lifted their collective voices in a choral performance of Verdi's Requiem.

The chorus was led by the Czech-born Jewish composer Rafael Schacter, who was Krasa's Theresienstadt bunkmate.

Adding to the concert's surreal, heartbreaking circumstances, the audience included high-ranking Nazi officials and a small number of representatives from the Danish Red Cross and the International Committee of the Red Cross who had pressured the Nazi rulers to allow them to visit following the deportation of nearly 500 Jews from Denmark to Theresienstadt, according to the U.S. Holocaust Memorial Museum.

The concert was ordered as part of an elaborate, sinister hoax staged at Theresienstadt, set up by the Nazis as a "model ghetto" to mislead the world into believing that it was not mistreating -- and murdering -- Jews and other prisoners.

While the Nazis allowed some creative outlets at Thereseinstadt, there was no sparing of life; tens of thousands were sent to Auschwitz, including most of the members of the chorus who sang that night; other prisoners died of disease. Only 15 percent of the 141,000 prisoners there survived. Schacter died in 1945 on a death march from Auschwitz.

But thanks to world-renowned conductor Murry Sidlin, his inspiration lives on.

Seven decades after that concert, the now 94-year old Krasa, who endured deportation to Auschwitz and a death march, sat in Boston's magnificent Symphony Hall, as Sidlin led a production of Defiant Requiem, a multi-media concert-drama Sidlin created to keep the memory of this remarkable story alive. 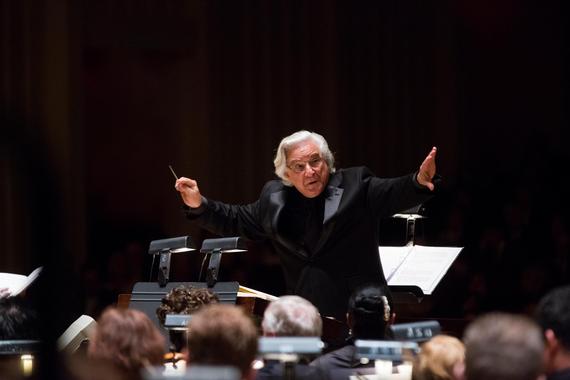 Defiant Requiem includes a full performance of the Verdi Requiem punctuated with testimonials of survivors, vintage footage from a propaganda film made by the Nazis, and the spoken words of Schacter -- the demanding leader who inspired them. 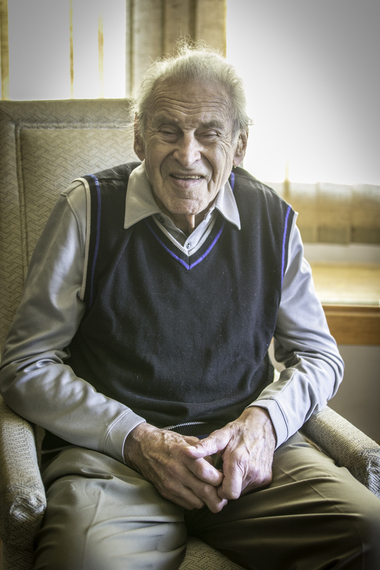 According to Krasa and the testimonies of other survivors, the power of the music and Schacter's conviction sustained their spirits, against all odds. Singing the Requiem, Schacter told his chorus, was an act of defiance against their captors.

"We will sing to the Nazis what we cannot say to them," he said.

The Boston performance featured the Orchestra of Terezin Remembrance, led by Sidlin and the world acclaimed Tanglewood Festival Chorus, whose powerful voices were a perfect, heart-stopping pairing with the emotional weight of the program.

The performance, postponed from the winter due to a Boston snowstorm, was dedicated to Krasa and in memory of his wife, Hana, also a Thereisenstadt survivor, who died only two weeks earlier; the concert was made even more poignant with the Krasas' son and grandson singing with the Tanglewood chorus. 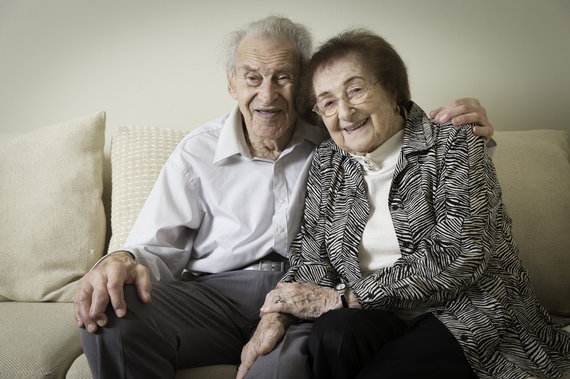 In a conversation after the concert, soloist Stark said performing with Defiant Requiem was an emotional and eye-opening learning experience.

Having Holocaust survivors at the performances is so important," he remarked. "You can't help but want to hug them. They're heroes, he said.

In a phone interview after the concert, Jeremiah Kissel said that while he's narrated many other performances by the Boston Symphony - including holiday shows such as the Grinch Who Stole Christmas - being part of this production was particularly poignant because of the power and enormity of the subject.

It was tremendously "satisfying for an artist to go these places emotionally with the audience. We all go together, the chorus, conductor, soloists and every drum roll." Seated in the bass section, he felt he was part of the orchestra.

Kissel has become steeped in the history of Thereisenstadt. Last year, he performed in Brundibar, a children's opera that was also performed at the camp. The production was staged by the Underground Railway Theater in Cambridge, Massachusetts, with an English language libretto by Pulitzer Prize winning writer Tony Kushner.

Kissel noted the tremendous courage of those who performed the Verdi opera at Thereisenstadt.

"Here were these people going into the depth of hell, but as they went, they made it as beautiful as they could and using art to do it." 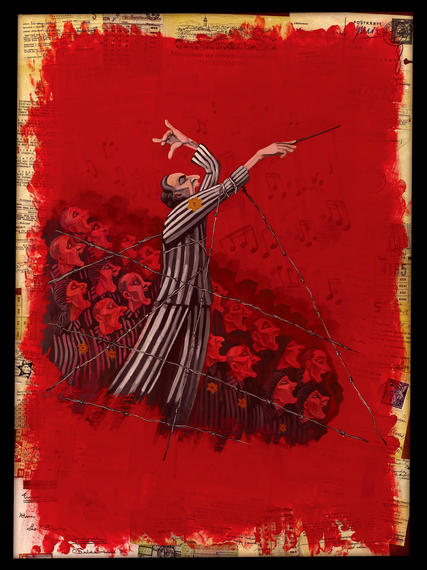 That story of how Sidlin created Defiant Requiem, his collaboration with Krasa and the founding of the foundation in 2008 is retold by Charles Munitz, of Boston Arts Diary, in a recent article in the Jewish Journal of Massachusetts.

Krasa shared his experiences and friendship with Schacter in "The Music man of Terezin: The Story of Rafael Schaecter as Remembered by Edgar Krasa," by Susie Davidson.

Over these years, Sidlin has led some 29 performances of the concert across the world, including three performances at Terezin, according to the Foundation program notes. In 2012, the Foundation produced a film, Defiant Requiem, that includes interviews with Sidlin, Krasa and other members of the original Terezin chorus.

The Foundation also extends its reach in tribute to other musicians at Thereseinstadt.

On May 17, at the site of the former camp, Sidlin and the Defiant Requiem Foundation gave the world premiere of a new program, Hours of Freedom: The Terezin Composer. A survey of the work of 15 of the dozens of composers who were imprisoned at Terezin, the concert includes live performances of music composed at Terezin, historic film clips and descriptive narration. Performances of Hours of Freedom in the 2015-2016 season will be announced soon.
For more information, visit, the website for Defiant Requiem Foundation.