The pablum, the bile, the lies that we are getting from the Republicans and their right-wing storytellers, supported too often by the mainstream media, have put the entire federal deficit and debt onto Barack Obama's shoulders. Well, here's the truth ... 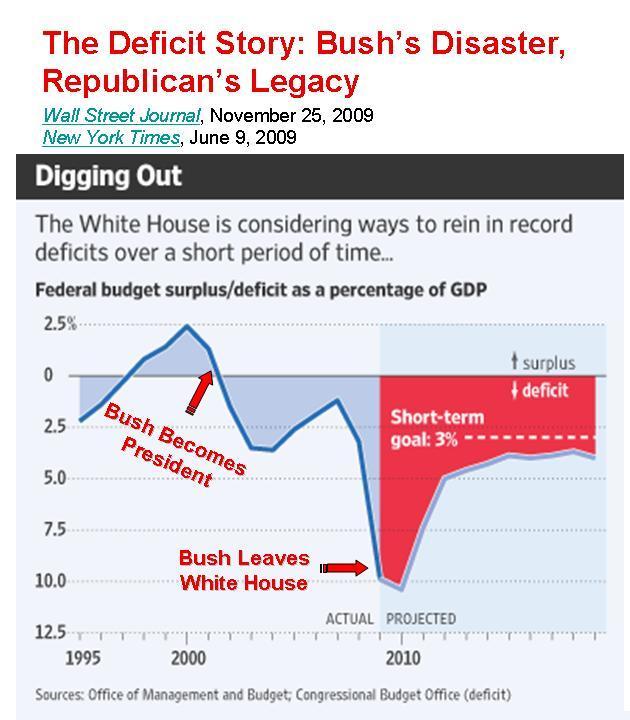 As Bush Jr. turned an $850 billion budget surplus into a $1.2 trillion dollar deficit, he became responsible, alone, for about 42% of the current national debt.