"You've reached group-sales for the Metropolitan Museum of Art. How may I help you?"

"Hi there! Our third-graders are touring Manhattan and we thought we could bring them by tomorrow."

"That's great. This chaperoning is wearing us down so thought we'd drop them off in the morning, catch a show and a few beers and pick them up around 5 or so, if that's okay"

"Umm....Well, we need to have the kids chaperoned...because, you know, there's a lot of priceless items..." 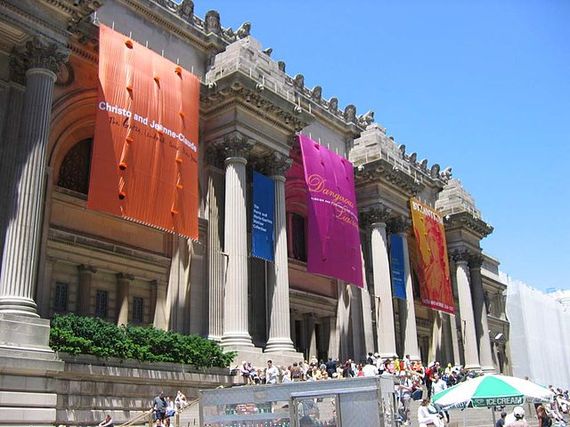 There aren't too many teachers or directors of any respected institution that would permit this scenario. After all, it's hard to take a selfie of you and Van Gogh if there's some kid drawing horns sticking out of the straw hat. But lately, we're okay with our other famously innovative institution being taken over by the kids -- namely our country.

Perhaps if the negligent parents above were lucky enough to get tickets to Hamilton they might stumble inadvertently into the middle of the same argument at the heart of the American Experiment since its inception -- is John Q. Public really to be trusted. 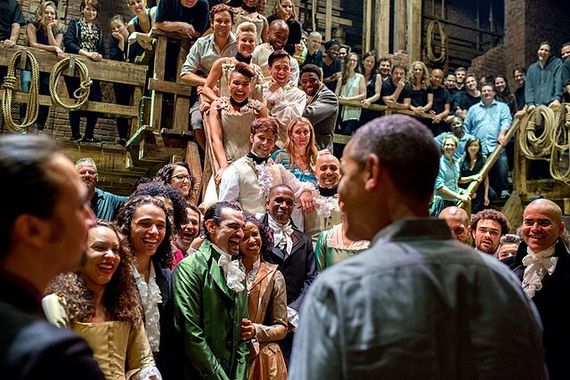 Alexander Hamilton didn't think so. The blockbuster musical that is re-introducing our founding fathers is based upon Ron Chernow's extremely read-able biography of the man who not only created the nation's financial system but also, among a hundred or so other things, served as George Washington's wartime ghost-writer/bad cop and created the Coast Guard to enforce tariffs that would help pay the bills. 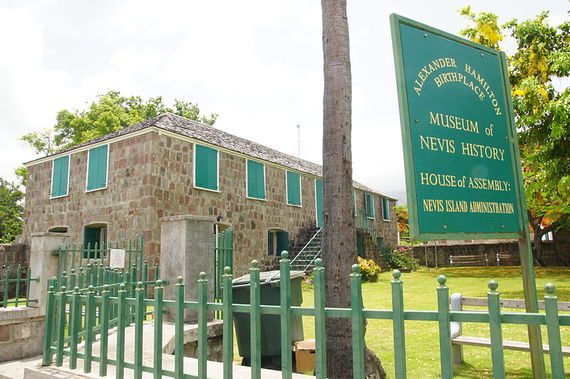 Hamilton's early years in a slave-port allowed him to witness firsthand what unchecked human behavior can do -- all in the name of profit. If morals are set to the side, people are capable of unbelievably atrocious things. He debated vigorously with slave-owner Thomas Jefferson who grew up wealthy and never had to deal directly with his beloved man.

In essence, it came down to one question? Who would you prefer living next door--a stable family with smart parents or a frat house? 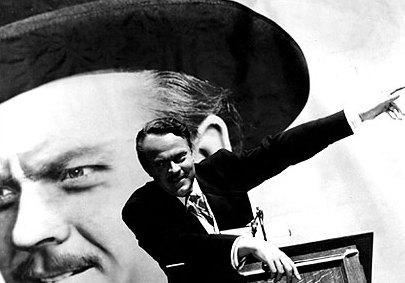 In Citizen Kane, Charles also raised wealthy, is at a loss to understand why his election failed after headlines linked him to an extramarital affair -- a blackmail attempt from his rival to force Kane to withdraw his candidacy. Hubris be-damned, Kane went through with the election and ruined his marriage and his closest friendship with his childhood pal Jed, who calls him on his hypocrisy.

Long as I can remember, you talked about giving the people their right - -as if you could make them a present of liberty, as a reward for services rendered...you used to write an awful lot about the working man. He's turning into something called organized labor. You're not going to like that one little bit when you find out your working man expects something as his right, not your gift. Charlie, when your precious under privileged really get together, oh-boy, that's going to add up to something bigger than your privilege and I don't know what you'll do -- sail away to a desert island somewhere, and lord it over the monkeys.

For Charlie Kane, the masses need to be carefully chaperoned by a wise father. But as Jed points out, those children may not really want or trust their father. Henry Ford and Walt Disney both experienced similar shock and feelings of betrayal when their lucky workers actually wanted a union.

Donald Trump hopes to "Take America Back" but back from whom and back to where is rather foggy. 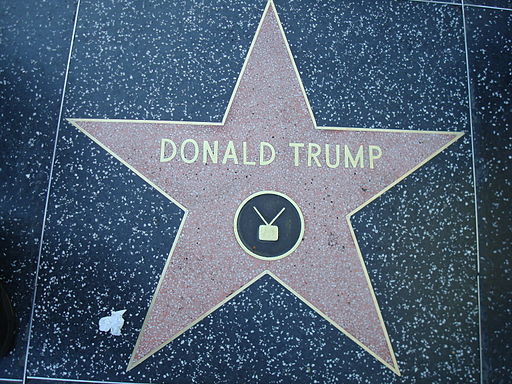 Perhaps 50 years from now, this election may be looked upon as historically significant as anything that the Federalists debated. After all, the three remaining candidates are all something we've never had before this far along the primary season -- a woman, a Jew and a rich TV celebrity who has never sought office.

Three often-heard quotes seem to sum them up.

Of course, getting back to our museum tour, it's likely that many of those third graders also speak their mind but I'm not sure you'd trust them to give the tour, let alone conduct everyone safely outside in case of an emergency.

Perhaps it's my years in the classroom, but I've always shied away from candidates who would probably be unable to substitute for me on a sick-day. We've all had those subs when we were kids--the ones that let the classroom turn into an episode of Mutual of Omaha's Wild Kingdom. As much as a Democrat as I've always been, I never thought that Mondale, Dukakis, Gore or Kerry would have survived in my class--but I know that Bill Clinton and Barack Obama would have been so good I'd probably get a call that afternoon from my principal suggesting I stay home as long as I'd like.

Hamilton argued against Washington stepping down after two terms -- he predicted accurately that the United States was probably, in his short lifetime, not going to get a better father-figure since the Declaration -- not for at least four score and seven years, anyway. 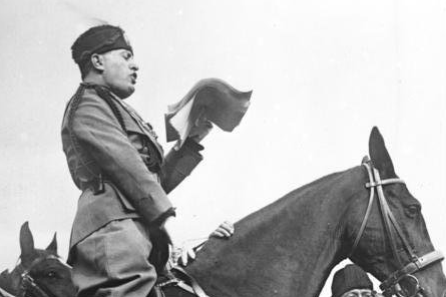 There is a growing snowball of articles comparing the personality and chameleon-like background of Donald Trump to Benito Mussolini (see March Salon article), a former socialist who, after his expulsion from that party and experience in WWI, founded fascism and, in 1922, became Italy's youngest prime minister. His engaging speaking, creation of scapegoats and general encouragement of bullying tied with his secret police turned his elected office into a dictatorship in five years through legal as well as violent means, inspiring a similar path to Adolf Hitler in 1932. Over 100 million perished in six years of war primarily due the rest of the world letting three bullies go unchecked.

The old question goes, How do you stop a bully on the playground? And the old answer--stand up to him.

The executive editor of the northern Michigan Petoskey News Review, Jeremy McBain hopes that someone will stand up to the bully, writing on May 26th:

This man is an embarrassment to the United States of America and I can't believe the Republican party, a party that has plenty of other qualified and dignified potential candidates it could place before the voters, decided to go with this lying, racist, misogynistic, fascist-flirting bully that uses grade-school name-calling and conspiracy theories as his platform. This "man" is certainly not what presidential material looks like. (link)

Hamilton was accused of advocating a new royalty, just after the colonies had removed the old king. But his clause was that they should only govern as long as their morals were in order.

It's an interesting question right now, as polls show a national wave of disgust and disinterest in this election and its extreme candidates, how many people might instead opt for four more years of Barack Obama, given the alternatives--because for many even if the third graders have a chaperon, he might be carrying a blowtorch into the museum.