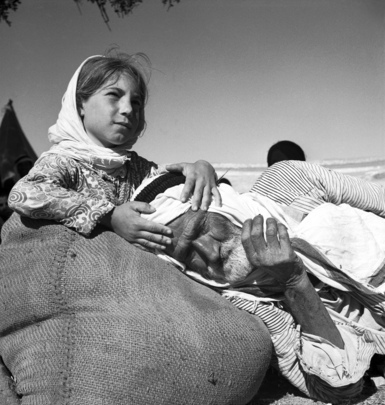 Some European states have put up signs stating that only "Christian" refugees are welcome. Similarly, some predominantly Muslim countries have reportedly only welcomed Muslim refugees. Others have not done enough, particularly as neighbors Turkey, Jordan, and Lebanon are overwhelmed by the exodus from the hell that is today's Syria. Some in the U.S. and Europe claim fear that ISIS militants may be camouflaged within the refugee flow. Others have been less concerned about providing a pretext for "no." They have simply given the refugees a cold shoulder or, worse, dehumanizing treatment in efforts to discourage any from entering their borders even if to merely transit to more welcoming countries.

The "migrant crisis" is not merely limited to political refugees from Syria. The flow involves an exodus from multiple countries in Asia and Africa, from Afghanistan to South Sudan to Libya. Not all are, strictly speaking, political refugees, but the current overwhelming human flash flood has been created by genocidal campaigns, conflict, or, in the least, political oppression.

Religion, race, ethnicity, or even tribe, (as in South Sudan), are frequently employed as the weapon to target potential victims and as means for authoritarian political leaders to rationalize their hold on power by promoting fear of the other and hate. The epidemic is in the campaign against difference and diversity. Political agendas against dissent and challenges to authority are frequently clothed in appeals to homogeneous identity and pogroms against the other.

Lebanon and Bosnia and Herzegovina ("BiH") are two states that have been blessed with diversity but also cursed with demagogues who have sought to paint such differences as foundations for their agendas of conflict, ethnic cleansing, and perpetuating claims to authoritarianism. As Syria burns, Lebanon is at increasingly greater risk of being scorched or, even worse, of the sparks igniting another round of conflict. BiH remains fragile as political forces continue to employ ethnic and religious agendas to divide within but also further make the whole country more separate from - rather than integrating into - the Euro-Atlantic family.

Legitimizing the Ideology, Violence and Genocidal Campaigns of Intolerance and the Extremist?

Political leaders in Europe or the U.S. who have sought to exclude some refugees on the basis of religion while accepting others because they presumably were of a faith more acceptable to the domestic population, runs counter to values but also efforts to end the conflict(s) at the source and thus stem the exodus. Such religious or ethnic discrimination could only be employed by extremists and absolutists such as ISIS to legitimize their own ideology, violence, and genocidal campaigns against the other. Syria, Iraq, Ethiopia, Nigeria, etc., have been a mosaic of diversity in religion and ethnicity, but the notion that modern states should be designed along religious lines only fuels and rationalizes the extremists' scheme as they find reflective support in presumably the advanced states and "Coalition" confronting such campaigns of intolerance and violence. (See: "Confronting ISIS: Is Rule of Law & Democracy Part of the Coalition?") 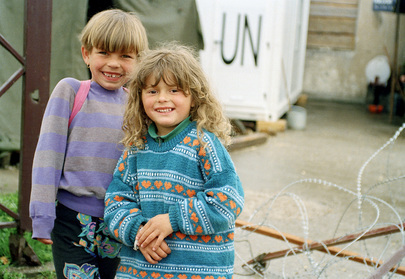 Of course such policies and the accompanying rhetoric of exclusion are inconsistent with the presumed values of the European Union, America, and Euro-Atlantic institutions. Discriminating against refugees on the basis of religion, race, or ethnicity also runs counter to the standards called upon by the UN's Charter and evolution of international humanitarian law. While the extremists should be prosecuted by the International Criminal Court for their grave violations of international humanitarian law, are some of these UN member states also in violation of international law and relevant standards?

Some more "traditional" Muslim majority states may be guilty of de-facto discrimination, but what kind of example/precedent are presumably more progressive states in Europe or the Americas providing? (It should be noted that some even more progressive states of the Americas such as Costa Rica, had a prohibition on the immigration of "Syrians, Armenians, Turks, Arabs, Chinese, Blacks, gitanos, coolies" until the end of the last century and the effect of such laws still fuels discriminatory practices.)

The zones of immediate conflict such as Syria and Iraq, are in need of greater inclusion, but also the globe as a whole and its member states. The evidence is not new, but it appears that the lesson constantly has been retaught that diversity, from the "Old" and "New World" has been proven to enrich. 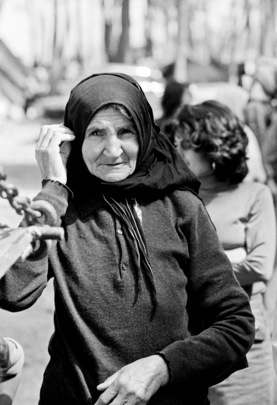 Refugees are Tomorrow's Wealth and Not Just Today's Burden

More than two decades earlier, refugees from BiH flowed over its borders as ethnic cleansing sought to design a new reality. Many of these refugees never returned to BiH, in part because of a "peace agreement" that froze the consequences of conflict and under pressure of the war makers' legitimized ethnic delineations in territory and politics.

Today, these immigrants (and increasingly their offspring) from BiH, most of them Bosniaks (Bosnian Muslims) in the hundreds of thousands, perhaps millions, are contributing as artists, athletes, academics, professionals, and entrepreneurs. Many have/are serving in the defense forces and other institutions of their adopted countries. (See: "Bosnia to US, from Refugees to Great Americans".) 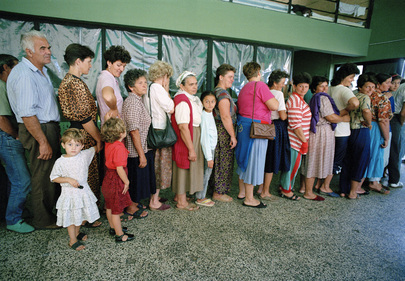 BiH is a European society, but the previous immigrants from Lebanon, Syria, Palestine, Turkey, and other Asian and African countries are as impressive in their contributions. Steve Jobs is only one of the most notable whose origins are from the Levant. In the U.S., previous waves of immigrants  - Irish, Italian, Asian, Hispanic, African, and Jewish  - while arriving from a variety of cultures and facing unique challenges to integration, are linked by their new American identity and contributions to their adopted home. The will and capacity to make a positive contribution to their new home is most defined by the opportunity of the open door.

It is ironic that now so many refugees escaping violence and persecution are being met with the same "no" with which Jews were met in the U.S. and Europe while escaping Hitler. As much as today's refugees share with those Jews the real despair and urgent need for asylum, those closing the doors reflect the legacy of the fascism that made Europe the patient rather than the healed.

A policy of selective acceptance in Europe or the U.S. now sends more than a reenforcing message to extremists back in Syria and beyond. It empowers the haters, gives political momentum to right-wing political powers, and feeds ISIS recruitment from populations that even after several generations may feel again excluded by the rhetoric. The extremist's best ally is disillusionment, particularly when the targeted recruit is a gang member who seeks to convert his violence learned on Western streets into a religious cause.

The fight against ISIS is "an ideological war within Islam," as many western political and military leaders properly highlight. Similarly, the response of Europe and America to the refugees is a struggle for the values, the principles of the Euro-Atlantic family. It is these values that are the greatest defense against the haters outside and within - the future and soul at risk reaches beyond the battle lines on maps of delineation.

For what are such values if not applied with a philosophical indiscriminacy? If we cannot show the same brotherly love for the strangers in our midst as we do our kindred, then what good is our goodwill? It is no altruistic feat to accept and abide those ones familiar who are like us, those integrated into our local social and economic realities and in whom we thereby have a vested self-interest. By turning away the innocent in need, we are unwittingly espousing an exclusionary ideology of our own, thus ironically becoming that which we imagine we're rejecting. 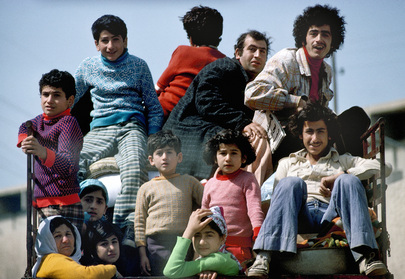 This post was co-authored by Lydia Canaan who witnessed first-hand the efforts to create conflict from diversity in Lebanon and Bosnia & Herzegovina. Canaan is a singer-songwriter and poet who has been praised by Billboard magazine and MTV Europe and hailed by the media as the first rock star of the Middle East. As an artist with a purpose, she is an activist, humanitarian, and Diplomat Artist, (Read Lydia Canaan's article "Diplomacy & Art") who is a frequent UN delegate to the United Nations Human Rights Council in Geneva, Switzerland.