"Finally, the people of New Orleans can throw off their cloak of shame."

Sandy Rosenthal, founder of the grassroots group Levees.Org, is celebrating the publication of a recent New York Times story. The analysis, combined with another research paper, will contribute to the historical record of New Orleans. Rosenthal hopes this information will obliterate the urban myth that blames the Orleans Levee Board (OLB) for the levee system that failed catastrophically during Hurricane Katrina on August 29, 2005. 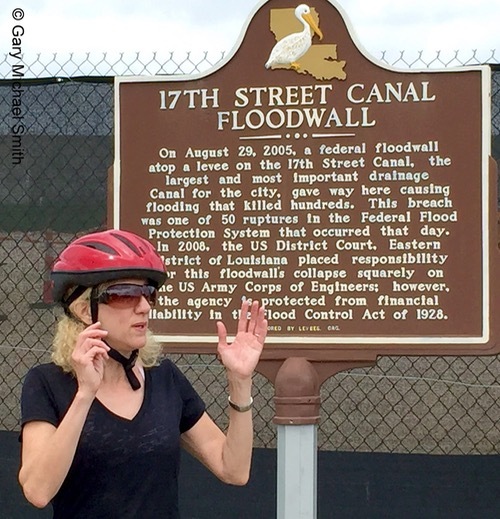 Exhaustive research by Rosenthal and others has revealed the truth behind myth. The flooding of New Orleans was not due to political pressure put on the Army Corps of Engineers by the OLB. The answer is profound in its simplicity and found in the details of an engineering study. Human error, subsequent finger pointing and the inability of the Army Corps to admit mistakes, contributed mightily to the post catastrophe suffering of the citizens of New Orleans.

In tragedy born of hubris, the Corps admitted culpability but then shirked complete responsibility and blamed local officials for the levee design process. The buck should have and does ultimately stop with the Corps.

Civil engineering experts David Rogers and Raymond Seed wrote the research paper cited by the NYT. It is scheduled to appear in the August 2015 issue of Water Policy, the official publication of the World Water Council. In a striking reversal, the engineers retract statements they made in a National Science Foundation-funded investigation they co-chaired in 2006 for the University of California, Berkeley.

The truth of history is often lost in the minutiae. The muddy floodwaters of Katrina crept around the truth and almost drowned fact. It took ten years of dogged research by Rosenthal, and the bravery of two engineers who were willing to step up to the plate and breathe veracity into history, to resuscitate those facts. It was not political pressure and backroom deals that ultimately drowned New Orleans. Yes, politics played a part, but human mistakes made by engineers in the interpretation of engineering studies were the root cause.

In the extensively vetted article, the "cloak of shame" is finally removed from the OLB.

The Army Corps of Engineers recommended raising the canal floodwalls for the 17th Street Canal, but recommended gated structures at the mouths of the Orleans and London Avenue Canals because the latter plan was less expensive. The OLB convinced Congress to pass legislation that required the Corps to raise the floodwalls for all three canals. Furthermore, the Corps, in a separate attempt to limit project costs, initiated a sheet pile load test (E-99 Study), but misinterpreted the results and wrongly concluded that sheet piles only needed to be driven to depths of not more than 17 feet instead of between 31 and 46 feet.

Property damage was $100 to $200 billion in the greater New Orleans area. 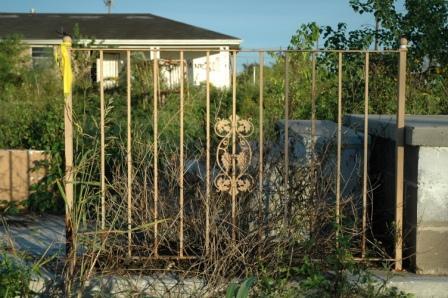 The human cost was unspeakable and incalculable. Over 1600 people were killed, and most of them were elderly persons living near levee breaches in the Lower 9th Ward, Lakeview and throughout the city.

Here is what is important to know.

Tragedy always results in a knee-jerk desire to assign blame. It is human nature to do so. Throw in politics and money, and before long truth vanishes into the labyrinth of perception. All politics is local and all politics involves perception generated by manipulation of fact.

In the initial investigations of the tragedy known as the Katrina Flood, it was very difficult to believe that the Army Corps could have drowned New Orleans. The agency was in place to protect the city. Politicians embroiled in the landscape of the Big Easy were much more convenient targets. The OLB had gotten its hands dirty in questionable financial dealings in the past. The city was at fault. Obviously. Or perhaps not.

In this summer of the tenth anniversary of Hurricane Katrina, and in the tsunami of resulting stories, I am reminded of days spent in New Orleans and the horror of the devastation. You could not believe it unless you saw it with your own eyes.

I also remember spending time with Sandy Rosenthal of Levees.org. While writers come and go with news cycles and anniversaries, Rosenthal has remained steadfast in service to her beloved city of New Orleans. She never gave up, no matter how much spin she encountered from politicians and the corps.

The collapse of the 17th Street Canal floodwall is seared into memory. The failure devastated New Orleans' Lakeview neighborhood. In a 2007 letter to Dr. William F. Marcuson, President of the American Society of Civil Engineers, Dr. Raymond Seed addressed the challenges facing the "soul" of the engineering profession. According to Dr. Seed, it was "the single most disastrous failure site for the Corps" in terms of the damage that this single breach wrought. How was it repaired? It was replaced with a far more reliable structure called a T-wall which is also three times more expensive to build.

Mitigation is still underway in 2015. Permanent pump stations and storm surge gates are under construction at the Orleans Avenue Canal, and at the mouths of the 17th Street and London Avenue drainage canals at a cost of $664 million. Construction will be completed by the beginning of the 2017 hurricane season.