Silicon Valley keeps spawning micro-storytelling genres -- from six-second Vines to 140-character tweets -- that are each more popular than the next. But that hardly means those mini-formats can properly capture the controversies, personalities, ramifications and dangers of the tech world's many characters and their creations.

For that, we can turn to another invention that compiles tens of thousands of discreet pieces of data into a kind of "Facebook for words": books.

Here are eight books that should be required reading for anyone keen to explore where technology is taking us, where it came from or what it's doing to us. 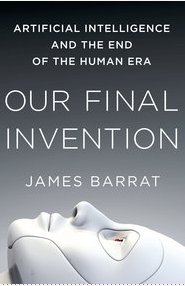 Our Final Invention: Artificial Intelligence and the End of the Human Era James Barrat

TLDR: Artificial intelligence won’t just drive our cars, choose our clothes and answer our questions: Some day it may destroy us, argues Barrat. Companies like Google and Facebook have spent 2013 expanding their army of artificial intelligence experts, which makes Barrat's book such a necessary read. Barrat looks into the future and, drawing on insights from leading researchers and computer scientists, explains in straightforward prose where our quest for true AI could take us. After artificial intelligence comes human-level artificial general intelligence, followed by artificial super-intelligence -- at which point the bots’ brains will leave ours in the dust. At that point, our survival may be up to the algorithms. 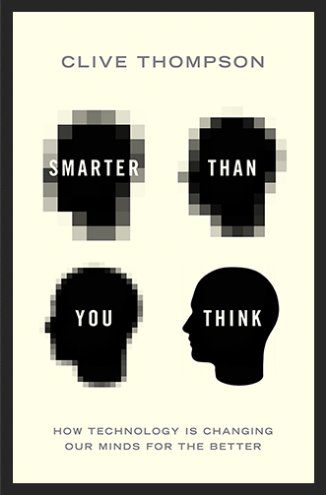 Smarter Than You Think: How Technology Is Changing Our Minds For the Better Clive Thompson

TLDR: Technology isn’t rotting your brain, it’s augmenting it. Interweaving personal anecdotes and deeply-reported profiles, Thompson makes a thoughtful, nuanced case for why tech is enhancing human abilities, even as it alters how we think. Thompson is refreshingly candid about how complex these issues are, and it's the rare tech tome that avoids the trap of reducing an argument to a soundbite that’s either blindly technoutopian, or nightmarishly apocalyptic. 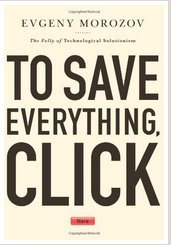 To Save Everything, Click Here: The Folly of Technological Solutionism Evgeny Morozov 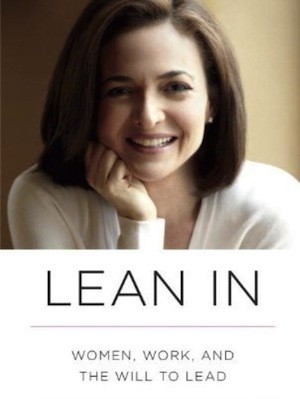 Lean In: Women, Work and the Will to Lead Shery Sandberg

TLDR: Facebook COO Sheryl Sandberg has this advice for working women, which she hopes will help them rise through the ranks: Don’t leave before you leave; make your partner a real partner; sit at the table; ask for what you want; make mentors, don’t request them; be confident; and don’t expect to have it all. If you've seen her famous 2010 TED Talk, that should sound familiar. Yet that shouldn't discourage you from reading Lean In -- which discusses that and more in greater depth. Though Sandberg's life is one of privilege and the book provoked some controversy, Lean In has thought-provoking and practical recommendations for both men and women, experienced managers and recent grads. 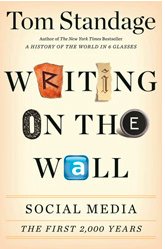 TLDR: “New Media” isn’t so new. In fact, it’s very, very old. That’s a crude summary of Standage’s argument, which draws convincing links between the tweets of the today and the papyrus scrolls or printing presses of the past. As Standage sees it, Martin Luther’s "95 Theses" and Thomas Paine’s “Common Sense” were the first viral hits of their time. Writing on the Wall will change the way you see your Snapchats, as it reveals how social media satisfies a deep-seated human itch that is ancient and fundamental to who we are. 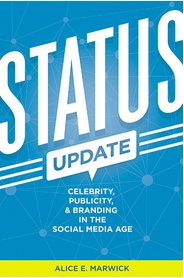 TLDR: Social media didn’t solve our social ills -- it just moved them to a different format. Relying on extensive field research and profiles of the Silicon Valley "technorati," Marwick’s Status Update explores what kind of people we become online, as we squeeze ourselves into Facebook status updates and lifecast on Twitter. As she asks in the introduction, “What types of selves are people encouraged to create and promote while using popular technologies like Facebook, Twitter and YouTube?” Anxious ones, constantly vying for status and self-promoting, she concludes. 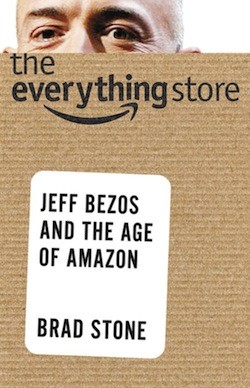 The Everything Store: Jeff Bezos and the Age of Amazon Brad Stone

TLDR: The “Everything Store” offers everything Amazon, from the tale of Bezos' biological father, to Bezos' battles with publishers. Bezos' wife gave Stone's work a one-star review on Amazon. (She said it contained "too many inaccuracies" and pointed out that Bezos never granted a formal interview for the book.) In spite of her critique, "The Everything Store" does deliver a detailed and revealing look at the rise of a tech behemoth, and hints at where the drone-building, grocery-delivering, fine-art-selling operation will go. Spoiler: Amazon has its sights set on, well, everything.

TLDR: It’s a marvel Twitter made it. "Hatching Twitter," which reads almost like a screenplay, details the infighting, backstabbing, history re-writing and limelight-stealing of Twitter’s co-founders -- and its “forgotten” creator, Noah Glass.

Dogfight: How Apple and Google Went to War and Started a Revolution Fred Vogelstein

Who Owns the Future? Jaron Lanier

Command and Control: Nuclear Weapons, the Damascus Accident, and the Illusion of Safety Eric Schlosser