If you’re hoping for some closure on the “deflategate” scandal by Super Bowl Sunday, tough luck. The lawyer hired by the NFL to investigate the controversy said Monday that he does not expect his investigation to conclude for “at least several more weeks.”

That means that even if there eventually are any suspensions, there’s little to no chance they will be instituted by this Sunday's championship game between the New England Patriots and the Seattle Seahawks. The top investigator, Ted Wells, said in a statement that his team had worked through the weekend and will be “proceeding expeditiously” through Super Bowl Sunday.

Following reports of potential cheating by the Patriots in the Jan. 18 AFC Championship Game, many have called for members of the team's organization to be suspended for the Super Bowl.

Wells added that he hopes those involved -- say, Patriots quarterback Tom Brady or head coach Bill Belichick -- will shy away from commenting in public for the time being. Brady and Belichick have both denied any wrongdoing.

"In the interim, it would be best if everyone involved or potentially involved in this matter avoids public comment concerning the matter until the investigation is concluded,” Wells’ statement reads. “The results will be shared publicly."

Here’s the full statement, provided to The Huffington Post by Wells’ law firm:

We are in the process of conducting a thorough investigation on the issue of the footballs used in the AFC Championship. This work began last week, stretched through the weekend, and is proceeding expeditiously this week notwithstanding the Super Bowl. We are following customary investigative procedures and no one should draw any conclusions about the sequence of interviews or any other steps, all of which are part of the process of doing a thorough and fair investigation. I expect the investigation to take at least several more weeks. In the interim, it would be best if everyone involved or potentially involved in this matter avoids public comment concerning the matter until the investigation is concluded. The results will be shared publicly.

The NFL announced on Friday that Wells' team had conducted nearly 40 interviews. Brady told ESPN during the Pro Bowl on Sunday the he does not expect to be interviewed by investigators about “deflategate” until “after the season.”

ESPN reported last week that the NFL found that 11 of the Patriots’ 12 footballs had been significantly underinflated in the Jan. 18 AFC Championship Game against the Indianapolis Colts. A slightly underinflated football can be easier to throw and catch. All of the Colts' footballs met the league’s standards. 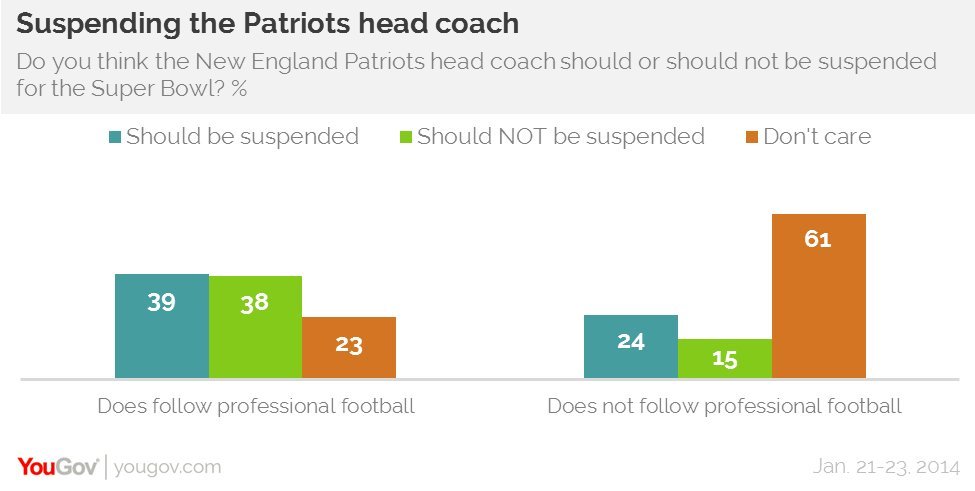 Among self-reported football fans, 50 percent said they think the Patriots purposefully underinflated their footballs during the game against the Colts. Thirty-one percent said they don’t believe the team cheated.

Seattle Seahawks cornerback Richard Sherman predicted last Wednesday that no one in the Patriots’ organization would be suspended in time for the Super Bowl. He expressed frustration that the NFL had threatened to suspend his teammate Marshawn Lynch for wearing gold shoes but likely wouldn’t do the same over underinflated footballs.

Fox Sports’ Jay Glazer reported Monday that the NFL had “zeroed in” on a ball-carrying locker room attendant as a “person of interest” in the so-called deflategate controversy. A Pro Football Talk report later that night cited a source who said the attendant had carried both teams' balls into a bathroom for roughly 90 seconds.

Wells acted as the key investigator during last year’s investigation of Richie Incognito, then of the Miami Dolphins, over his alleged harassment of Dolphins offensive lineman Jonathan Martin.