The sports world is buzzing about allegations that the New England Patriots may have doctored footballs to gain an advantage in the AFC championship game.

Quick summary: On a rain-soaked field in Foxboro, Massachusetts, the Patriots destroyed the Indianapolis Colts, 45-7, to earn a berth in the SuperBowl.

The footballs used by the Patriots reportedly were deflated below acceptable levels. A deflated ball provides an advantage to the offense - easier to throw, easier to catch, easier to hold on to. 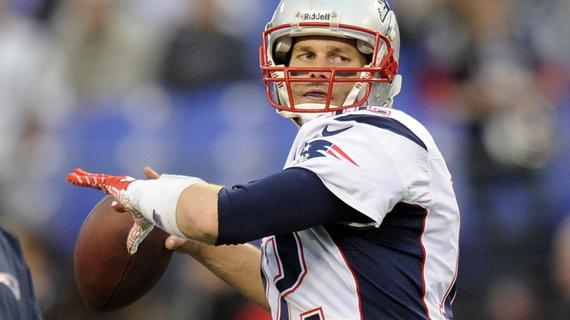 Was it enough of an advantage to be the sole cause of their 45-7 rout of the Indianapolis Colts last weekend? No. Could it have helped a little? Sure.

If the Patriots cheated, this story is not about one playoff game in an otherwise fine season - a season that further cemented the status of Tom Brady as one of the best players of all time and Bill Belichick as one of the greatest coaches of all time.

If the Patriots cheated, it casts a pall over an entire franchise that has been viewed as a model of success. Actually, "casts a pall" is a far too cliché and far too easy way to characterize what this is.

If the Patriots cheated (conscious use of repetition), an entire era is in question ... because of the subsequent questions.

Have the Patriots done other things to get an advantage?

What else have they done ... what else do they do?

And then the real macro questions ...

Have the Patriots really been THAT good or is it just because they cheated?

Is Brady not as good as we think? Belichek?

You get the point.

Cheaters like Barry Bonds and Lance Armstrong come to mind. The contexts and transgressions are different, but their personal narratives were totally destroyed by what they did.

Melodramatic as it sounds, there is a chance of that happening here.

Don't forget 2007 when the Patriots were caught taping signals from an opposing team.

That controversy was called SpyGate, and the result was a total of $750,000 in fines and the loss of a draft pick. The real damage was the perception of a team that used every advantage it could to win.

Regardless of what New England fans think and say, their three SuperBowl wins were tainted.

In the years since, the firestorm largely faded. The Patriots kept on winning but could not win another Super Bowl.

Despite the team's wins-losses, a lot of people around the NFL -- usually good teams unable to usurp New England -- have not forgotten. Just two weeks ago, leading into the playoff game against Baltimore, Ravens players past and present still referred to the Patriots as cheaters.

Dismissed as jealous banter, their complaints suddenly resonate once again.

Back to someone like Lance Armstrong for a minute. In his sport of cycling, doping was pervasive. His biggest crime was his denial for years that he ever cheated. He threatened people, called them liars, and bullied anyone who expressed doubt. So, when the evidence became irrefutable, Armstrong had no choice but to backtrack. That made him look even worse, and what's more, there was zero empathy.

There is no indication that there is league-wide cheating on things like air pressure in the balls, but even with SpyGate, the Patriots have been arrogant about the franchise's winning legacy. They regularly tout the "Patriot Way" and the best modern winning tradition in American sport.

Outside of New England, fans and teams wouldn't mind seeing that legacy tarnished, and if found guilty in DeflateGate, empathy will be zero.

In the end, there is only one way to salvage a damaged legacy, regardless of guilt or innocence: Win the SuperBowl and win it big.