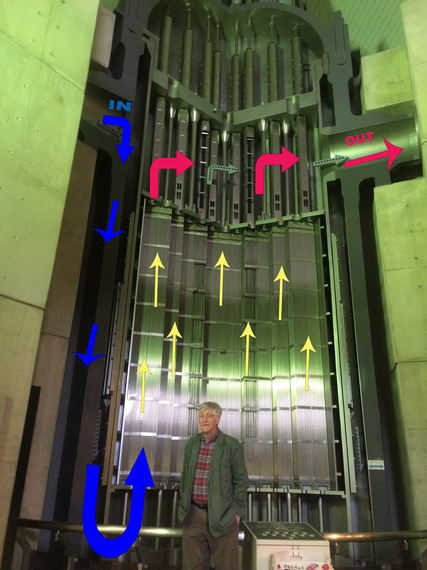 The unprecedented degradation of critical baffle bolts in the Indian Point 2 reactor has triggered an extensive investigation by federal officials seeking to learn why the problem was so severe, why systems designed to detect loose metal objects failed, and whether the plant has a specific flaw that could compromise its ageing management program.

The discovery in March during a routine fuel change that more than 27% of the stainless steel bolts needed to channel cooling water through active nuclear fuel rods were broken, distorted or "missing" has prompted the Nuclear Regulatory Commission to demand answers from Entergy, which owns Indian Point 2&3 in Buchanan, NY. The NRC will first review Entergy's Licensee Event Report, due within a week, on the degradation problem and regulators insist they will not allow the plant to resume operating until critical questions are answered.

"The analysis to be performed by Entergy regarding the bolts," said NRC spokesman Neil Sheehan "will need to demonstrate that the baffle-former plates would remain in place even if a certain number of bolts failed. And those criteria will include the safety margins. We will review Entergy's analysis and plans before deciding if the company's proposed course of action is acceptable. Part of those evaluations will include whether it intends to assess the baffle-former bolts in Indian Point 3 in the near-term or several years from now."

An escalating series of problems began with an enhanced inspection of the interior of the Indian Point 2 reactor during a scheduled refueling. New York Attorney General Eric Schneiderman had insisted in a series of legal actions starting in 2007 that Entergy go beyond the visual inspection by a camera lowered into the radioactive coolant and utilize more intensive ultrasonic testing. That revealed that 227 of the 882 bolts, more than one in four, were damaged due to the intensive wear and tear in the interior. That is a failure rate never recorded in any reactor in the world. And loss of the bolts and the directed coolant could lead to a fuel meltdown. 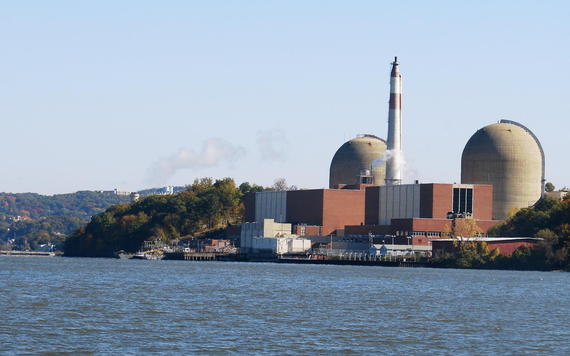 But as Entergy began the slow process of removing each two-inch long, stainless steel bolt using robotic arms and cameras under 40 feet of water, there were additional developments impacting the NRC's urgent need to find the reason for the massive failure:

• At least four additional bolts that were not detected by the ultrasonic examination broke while work was being done on the identified, degraded bolts. Sheehan said "the ultrasonic testing is not considered to be 100% foolproof." But its rate of inaccuracy is not known and there is no way to tell what other bolts or critical internal structures may be poised to break inside the reactor. Ultimately, Entergy found it necessary to replace an additional 50 baffle bolts, bringing the total to 277, meaning one in three critical bolts was thought to be fatally degraded.

• Alarmed by conditions in Indian Point 2, New Jersey's energy utility, PSEG Co., conducted an ultrasonic scan of its baffle bolts during an outage last month for their Salem 1 reactor. Both Salem 1&2 had previously passed the visual inspections via underwater camera and an ultrasonic scan was not scheduled before 2019. But the scan showed 18 baffle bolts were degraded out of 832, or 2.1%. It was the first time degraded baffle bolts had been found in Salem 1, though the percentage of worn-out bolts was in keeping with industry projections for ageing systems. It added pressure on Entergy to show a circumstance specific to Indian Point 2, and not a design flaw affecting both plants.

• The issue of water jetting, stemming from what had been regarded as an isolated incident in 2014, has now been added to the potential problems facing Indian Point 2 which may need to be addressed in the ongoing ageing management program. In the North Anna nuclear reactor in Virginia, one of the baffles became slightly loose - though the bolts proved to be sound - and the pressurized coolant shot through the gap in an intense, cold water jet and damaged two 12-foot-long fuel rods. The water jet forced the rods to spin, and the zirconium cladding burst, sending 15 radioactive uranium fuel pellets careening throughout the reactor ( http://bit.ly/1XTuCBR ). Actual core damage can be a precursor to a meltdown since the loose fuel cannot be controlled and roaming metal parts can block the cooling system for other fuel assemblies.

• Increasing attention is being paid to a tube break in one of the Indian Point 2 steam generators which occurred in February, 2000. The rupture sent radioactive coolant surging into the normally "clean loop" that turns the electric generating turbine on the non-nuclear side of the plant. The accident forced the first regional nuclear "alert" and activation of the emergency operations center. The record shows that in the confusion, ConEd workers--then rated by the NRC as the worst in the nation - improperly shut down the reactor by inserting too much cold water in violation of rules designed to protect the reactor and critical systems from thermal shock. The official report of the incident shows the temperature differentials during the improper shutdown were not very large ( http://bit.ly/1WROTZD ) and it was thought there would be no long-term damage. But it marked a clear deviation and threat to the integrity of the baffle bolts. There are indications Entergy researchers have sought evidence that the thermal shock was greater than initially reported. If so, Indian Point 2 had the radioactive equivalent of an incipient cancer at the time it was sold to Entergy in 2000, and it may or may not be curable.

• Pressure is mounting on the NRC to take over the investigation. The environmental group Friends of the Earth filed an emergency petition with the agency asking the Commissioners order an investigation by an agency Augmented Inspection Team which takes over investigations when the danger of a meltdown increases by a factor of 10. Further, the Commissioners are asked to issue a Confirmatory Action Letter prohibiting the plant from reopening until a root cause analysis shows it is safe to do so, and shutting Indian Point 3 for an intensive examination. Such letters are issued if the risk of a meltdown is increased by a factor of 100.

"This plant was built in an age when people worshipped nuclear power," said David Freeman, former president of the New York Power Authority which built and operated Indian Point 3 until it was sold to Entergy in 2001. As head of the NYPA Freeman ordered Indian Point 3 shut for two years in the 1990s because of lax standards and frequent mishaps.

"ConEd even proposed building a nuclear reactor in downtown New York," he added after the Friends of the Earth press conference. "They never dreamed it, in itself, is as dangerous as a bomb. But you can have a radioactive fire the likes of which you've never imagined.

"We're asking the NRC to do their job and thoroughly examine every aspect of those plants. Even if Entergy replaces all of the bolts at Indian Point 2, what is the basis for not thinking that something else is way out of whack? You just can't take risks, and it defies common sense not to shut down Unit 3 and examine it." 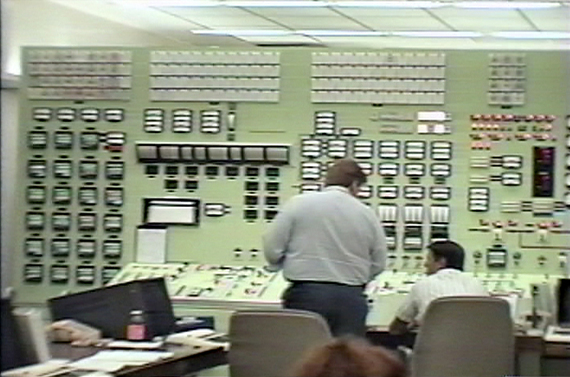 At the core of the dispute is the ability of Entergy to accurately monitor critical systems it cannot directly see or easily access in one of the world's most forbidding industrial environments.
Normal air pressure is about 14 pounds per square inch (psi). The pressure in a typical home water tank is about 35 psi, which is more than enough to fight gravity and send water from the bottom to the top of the home. The water does not reach a boiling point, and one could conceivably stir the water by hand, if desired.

The heart of a nuclear reactor is the 12-foot-long fuel rod, consisting of about 360 uranium pellets encased in a zirconium sleeve. At the North Anna plant, a pressurized water reactor like Indian Point, some 264 fuel rods are grouped into "assemblies", each containing boron control rods to slow down or speed up the fission process. There are 157 of these assemblies strategically placed inside the huge reactor core, according to Dominion Power Co. spokesman Richard Zuercher.

If the fission process is uncontrolled, the uranium pellets will heat up to the point where it becomes a molten slag and melts through the steel reactor. So control of the temperature around the assemblies, and the flow through the assemblies is critical to safely operating the system that is, essentially a controlled chemical fire.

The operating temperature of a reactor is about 700 degrees Fahrenheit, and the pressure is maintained at about 2,250 psi in order to keep the 300,000 gallons of superheated water in a liquid state. It is not a jumbo home water heater, and at that enormous pressure the water in the reactor core most resembles superheated, roiling concrete.

It is critical that there be a constant flow of water to avoid buildups of hot pockets around individual fuel rods. That is the function of the baffle former bolts, which hold a series of 13-foot baffles that line the core of the reactor and surround the fuel assemblies. A series of pumps, operating at even higher pressures, force some 300,000 gallons per minute of cooler water to flow down between the baffles and the wall of the reactor and come up through a series of openings and flow through the fuel assemblies to keep them in the optimal operating temperature.

The reactor water provides the first part of a 3-step process of generating electricity. The second step involves a "clean loop" of water which is forced over the steam generator tubes containing the superhot reactor water, and quickly turns to steam. This blows out to an adjacent building and through fans turning the massive, 40-ton turbine which generates electricity. The steam then passes through a reverse heat exchanger featuring cool water from the Hudson River. The steam condenses into hot water and is routed back to the steam generator to be reheated and repeat the process. The hot river water is dumped back into the Hudson, a process that kills more than a billion fish annually.

It is a system that is intricately designed, infinitely interwoven, and extremely efficient. There are sensors to monitor temperature changes in each fuel bundle; X-ray sensors to detect wear and tear on steam tubes; a Metal Impact Monitoring System to detect loose metal parts which can damage fuel rods or block a coolant stream from properly circulating; and a Reactor Coolant System Activity monitor to detect cracks in fuel rods.
In 2000 this efficient system went horribly wrong.

ConEd saved money by ignoring repairs. By Feb. 15,2000, there were more than 15,000 items on its "corrective action list" of major or minor items which had broken or malfunctioned and needed repair or replacement. The NRC"s Augmented Inspection Ream report ( http://bit.ly/1WROTZD ) of April 28, 2000 notes: "the number and duration of the equipment problems reflected weaknesses in engineering, corrective action processes, and operational support at the Station. The Licensee's response to a number of equipment problems identified during the event reflected an acceptance of 'working around' rather than fixing the problem."

Indeed, workers in one area had to walk around holding a broom in front of them to detect thin jets of steam leaking from high pressure pipes that were hard to see but could cut through a person like a laser. If the broom suddenly shredded the workers knew where a leak was.