In February 2013, Kim Saffran was on vacation in the Bavarian Alps, where the elevation reaches 6,726 feet. The morning of a family ski trip, she was lightheaded. Thinking she’d caught a stomach bug from her 3-year-old niece, she decided to stay back in the hotel.

“I ended up passing out in the hallway,” she said. “I hit my face on the wall and got a black eye.”

The 35-year-old Orlando resident ― who was staying at a military hotel while visiting her active-duty brother-in-law ― was escorted back to her room by a team of police. They told her she was dehydrated from the high altitude and further weakened by a stomach bug and breastfeeding.

“I thought I had been drinking enough water throughout my travels, but clearly that wasn’t the case!” she said.

Apple juice, water and a day of rest later, Saffran was back to her normal self ― but extremely perplexed that something as simple as traveling to a high elevation could cause her to pass out from dehydration.

Dehydration Can Be Serious

Most people think of dehydration as something that happens because you don’t drink enough water or you have food poisoning. But a lot of things ― like medications, alcohol and caffeine intake ― can catalyze it, and it’s responsible for sending hundreds of thousands of people to the hospital on an annual basis.

Dehydration should be taken more seriously, experts say, especially in the summer months. As the weather gets warmer, the number of dehydrated patients ticks up at emergency rooms across the country.

“In the summer, dehydration is related to hot temperatures and being active outdoors, losing salt and water at a rate higher than you can replenish it,” said Renee Garrick, a nephrologist and executive medical director at Westchester Medical Center. “In the winter, hospitalizations due to dehydration tend to occur when someone is sick and losing fluids through diarrhea or vomiting. The person may be too sick to keep fluids down or feel too weak to drink water.”

Improper fluid intake can lead to all sorts of ailments, such as “urinary and kidney problems, heart-related illnesses, and seizures” ― and in some extreme cases, death ― said Dr. Dheeraj Taranath, a regional medical director at MedExpress, an urgent care and walk-in center on the East Coast.

Saffran’s experience shows that a change in elevation can sometimes lead to dehydration.

“Air pressure is different at the top of a mountain, where the amount of moisture in the air is less than it is at sea level. Therefore, when you breathe in and out, you lose a lot more of your moisture from your lungs into the atmosphere and can become dehydrated,” Garrick explained.

But altitude is just one of the many factors that can cause the condition.

“Dehydration is caused by losing fluids at a faster rate than your body can replenish,” said Garrick. “The normal balances of the body typically regulate salt and water correctly. But the risk arises if you are losing more water and salt than you can replace, or you lose it too rapidly through conditions such as diarrhea or vomiting.”

People can excrete too many fluids by “sweating excessively due to being in the sun or working out or simply not consuming enough liquids,” said Neel Kapadia, assistant medical director at Duke University’s division of emergency medicine.

Dehydration can also stem from pituitary or kidney disorders that affect water balance, from hormone disorders, and from adrenal insufficiency.

Most people know that excessive alcohol consumption can lead to dehydration, but too much caffeine can have the exact same effect.

“I once had a construction worker show up in my ER in the middle of the summer who would only drink Coke while working outside in crazy heat and humidity,” said Tiffany Clemmy, an ER nurse in Sneads Ferry, North Carolina. “Theme park guests are another group that I see a lot. They walk around and don’t drink enough ... and then they drink soda or alcohol.”

Another thing to be on the lookout for is your prescription medications. Certain pills, like blood pressure meds and supplements that contain diuretics, can prompt dehydration. “As a general rule, be mindful of any drug that lists ‘diarrhea or vomiting’ as a potential side effect,” Clemmy said.

We all know the classic signs of dehydration: a feeling of extreme thirst, dry mouth and dry lips. But there are far more ways your body may be trying to communicate the condition to you.

A lack of fluids can cause you to feel lightheaded, particularly when changing positions (i.e. from sitting to standing). Dr. Kevin Miller, a rehabilitation and medical sciences professor at the Central Michigan University College of Health Professions, noted there are other common signs to look out for, like “headaches, elevated heart rate [and] passing out.”

“Lesser-known signs of dehydration can include a reduction in urine output, dark urine, muscle weakness/cramping, seizures, and a drop in blood pressure,” Miller said.

Garrick said that if your fluid intake is low, your body may cease to sweat, your blood pressure can drop and you may experience impaired thinking and irritability.

How To Bounce Back

Fortunately, if you overdo the alcohol and forget to drink a glass of water between beers, or go too long without H2O at that summer music festival, you will most likely survive to tell your tale.

Clemmy noted that “a lack of fluid intake ― unless it’s extreme ― is a condition that you can bounce back from rather easily.”

“The best way to treat dehydration is to replace lost fluids and electrolytes,” Taranath explained. For adults, it’s best to rehydrate by drinking more water or other liquids that contain electrolytes.

“If an electrolyte solution is not readily available, even eating salty snacks while drinking water can be an effective way to take in some necessary salt,” he said.

While dehydration can wreak havoc on your body, it’s also “one of the most preventable conditions out there,” said David Parish, associate dean of clinical care and director of sports and rehabilitation at Logan University in Missouri.

Educating yourself on the possible effects of improper fluid consumption can really inspire a person to fill up their water glass. At least that was the case for Saffran, who left Europe with a black eye that lasted several weeks and a little less dignity. “You better believe I’m chugging water all day every day now!” she said. 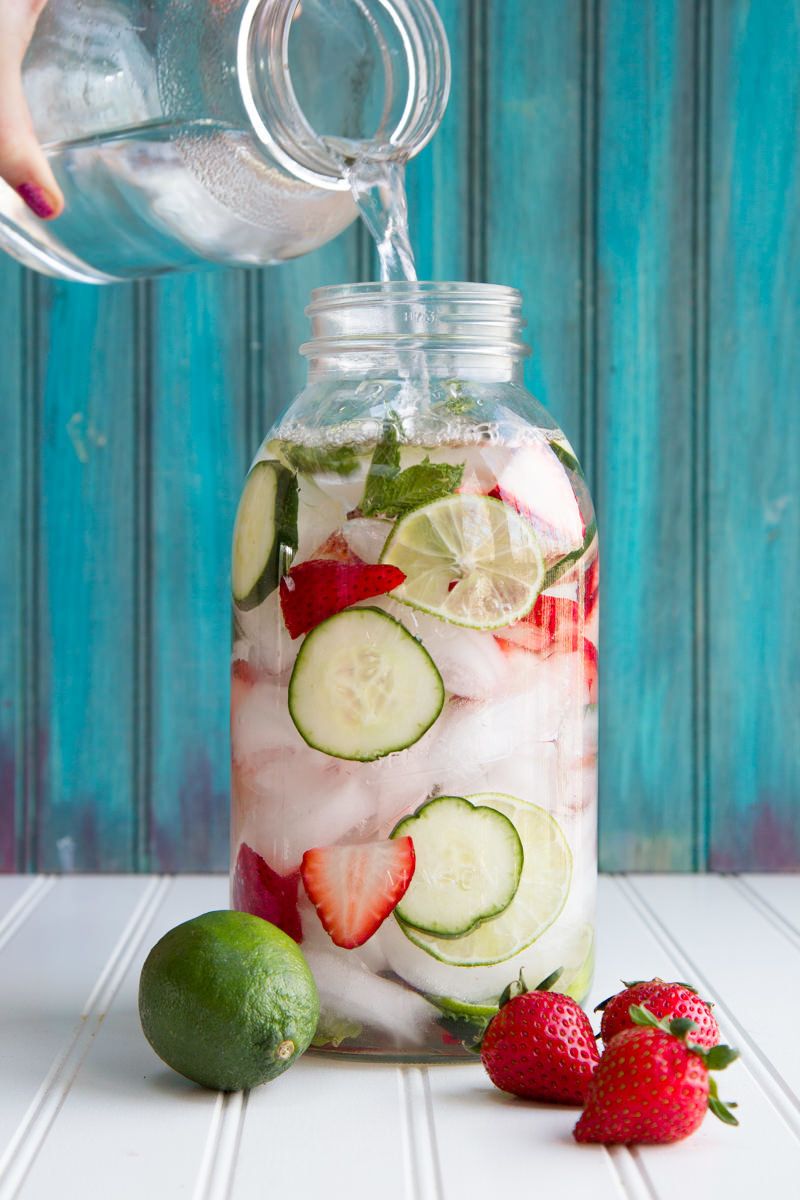