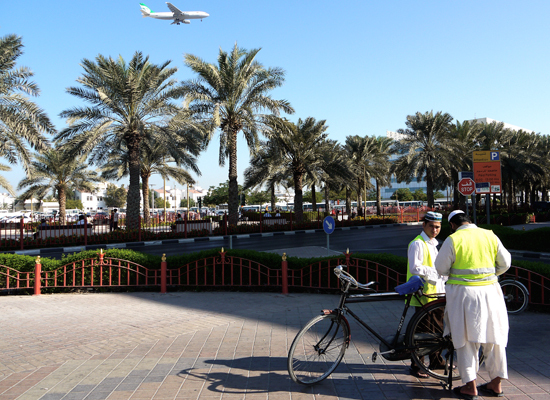 Deira was Dubai's most modern quarter. It still is, though it's often referred to as "Old Dubai," a generalization that only describes a stop on the Dubai visitor's course. To see a gold souk, a fish market. To take an abra ride for no reason other than to take an abra ride.

The charm of the antiquated is an applied layer. Deira survives this nostalgia by ignoring it.

In contrast to the towers of Sheikh Zayed Road, Deira might seem static and quaint, poor and outdated. This couldn't be further from the truth. How could Deira be irrelevant when everyone complains that Deira is too crowded? It's crowded because Deira is true urbanism; it's more city than elsewhere in Dubai.

When Dubai's residents started to build more than two-story buildings and use more than earth and coral to make them, the boom centered around Deira. The New Dubai was today's Old Dubai. Deira transformed and then transformed again. It is still a task not yet completed.

Today's Deira operates not much differently than that of the 1970s when reclaimed land began to make Dubai a real estate success. The new shore separated the merchants from the ships. They were reconnected with dollies and Japanese pick-up trucks outfitted with wrought iron fencing that could weave through auto and foot traffic to deliver goods. It's still done the same way today. Tourists snap pictures of a world that seems so much of yesterday: Pakistani men in 'traditional' dress wielding worn carts stacked with supplies. These men running carts from creek to shop are more essential to Dubai's longevity than the latest office tower in Media City.

In photographs, streets look so clean that they could be stage sets. But then there are moments when the stage set fails, when Deira reveals its roots in the desert. A cleared building site reveals the desert that once was.

If one wanted to locate a local approach to modernism in the Gulf region, one should start in the parts of cities like Deira. One lesson: shading built into building facades provides interaction with the street but also privacy from the street. These buildings should be inspiration for what could work in Dubai and in other cities, but tastes and preferences preclude that. These parts are written off as old, dirty, rat-infested. They are often all of these things. Most people living in the buildings would move out if they could.

But this struggle, the need to stay vs. the desire to leave, once defined cities. Cities were never places of comfort; they were where we once encountered the human soul. 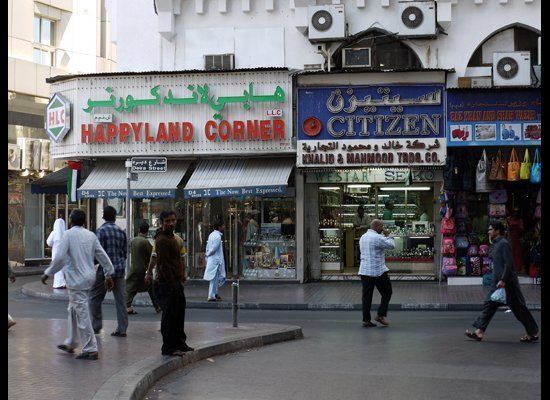