"Art, particularly work focusing on heroic representations of bodily and sexual difference, will become a long-lost relic of the past," laments Del LaGrace Volcano.

The California-born gender-variant photographer, who's been living in Europe since 1982, is gearing up for a metaphorical homecoming of sorts: his/her first U.S. exhibition, which opens Sept. 19 at the Leslie-Lohman Museum of Gay and Lesbian Art in New York City. Curated by Jonathan David Katz and Julia Haas, "Del LaGrace Volcano: A Mid-Career Retrospective" aims to explore "identities, genders and desires" that exist beyond the lesbian, gay, bisexual and transgender (LGBT) spectrum.

Echoing the feel of Cindy Sherman, Volcano's colorful portraits and self-portraits "use the body and its signs of identification to play with and against assumptions about gender, sexuality, and the body," according to Katz and Haas. The stunning results range from a self-portrait in which a topless Volcano pairs a "Clockwork Orange"-style bowler hat with a lacy petticoat, to "Mo B Dick, Half & Half," featuring a gender-indeterminate model whose bespoke menswear gives way to a sequined bra and garters. (WARNING: accompanying slideshow contains nudity)

Calling "physiological sex is every bit as much of a cultural construct as gender," Volcano feels the time is right for the stateside debut of his/her work, given the divisive stance many Americans take when it comes to LGBT issues.

"The conversation about gender and sexuality in Europe...is astonishing in its radical difference to the U.S.," Volcano, whose work has been shown at the Ludwig Museum in Cologne, Germany and Amsterdam's Cobra Museum among other well-known art institutions throughout Europe. "While not always unproblematic, there seems to be a much greater willingness see and engage with lives outside the norm...the increasing power of corporate-sponsored, capital C conservatism [in the U.S.] may well succeed in its goals: to erase the few civil, social and human rights that we have managed to acquire."

Take a look at a selection of stunning photographs from Volcano's Leslie-Lohman exhibition in New York below: 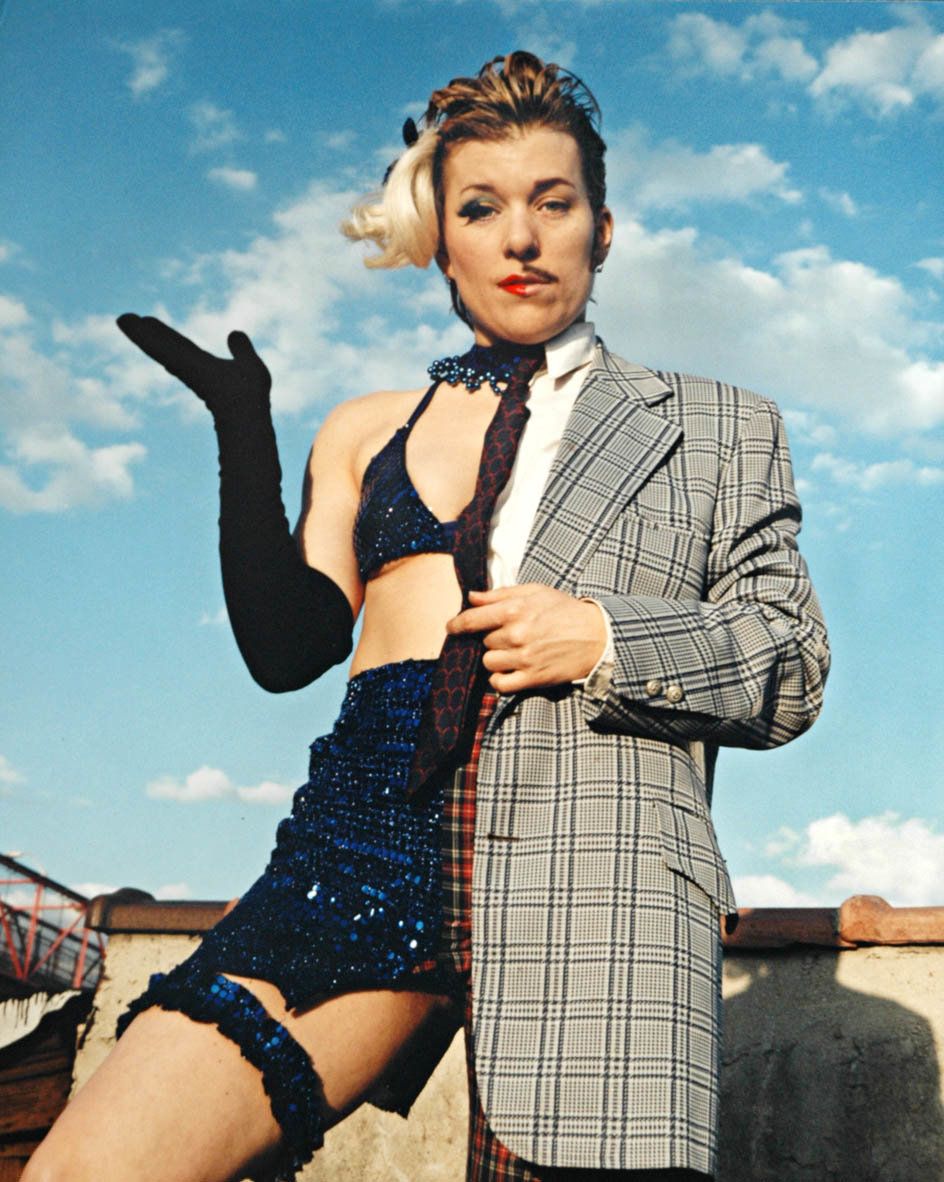