Shocking details of the physical condition of the 23-year-old survivor of the bus gang rape and assault that took place in India over the weekend emerged on Wednesday, with reports saying the woman is battling for her life in a New Delhi hospital, in critical -- but stable -- condition.

As an earlier report on The Huffington Post noted Wednesday, the young woman, reportedly a paramedical student, was brutally raped by up to six men on Sunday. The sexual assault spanned several hours and left the woman close to death. Her friend, described as a "male companion," was also attacked, reportedly beaten with metal rods. Both were assaulted after boarding a private bus and were eventually dumped on the side of a road.

A Hindustan Times report on Thursday has revealed more shocking details about the assault. The paper reports the woman was not only raped and beaten, but was also "violated with a metal rod."

“It appears to be that a rod was inserted into her and it was pulled out with so much force that the act brought out her intestines... That is probably the only thing that explains such severe damage to her intestines,” said a doctor at Safdarjung Hospital where the woman is being treated.

As earlier reports note, the woman has undergone multiple surgeries this week. On Wednesday, portions of her intestine, which had turned gangrenous, were removed. Doctors say only five percent of her intestine had been left inside her when she arrived at the medial facility on Sunday. Dr. B.D. Athani, medical superintendent at the hospital, said the woman will have to be fed through intravenous fluids for the rest of the life.

According to sources, one of the accused persons who were brought to the hospital for a medical examination on Tuesday confessed to having seen a rope-like object -- likely her intestines -- being pulled out of the girl by the other assailants on the bus. The sources said that the girl had bite marks on her body.

Incredibly, the young woman has pulled through the invasive surgeries and, as of Thursday, was said to be "alert and conscious."

"In the morning she was in stable condition. She continues to remain in ICU on life support, her vital parameters like blood pressure, urine output, respiratory rate were within acceptable limits," Athani said, according to PTI.

The doctor went on to praise the young woman and her fighting spirit.

"She is a brave girl," he said. "Withstanding…everything."

While the woman is currently unable to communicate verbally, the Hindustan Times reports a heartbreaking note to her mother reveals the survivor's indomitable spirit. The woman's brother told the newspaper his sister had written the words “Mother, I want to live” on a piece of paper.

The merciless rape case has horrified a nation that has become jaded to such assaults against women. Sexual violence has long been a serious and widespread problem in India, where perpetrators of such crimes often go unpunished. However, after news of the bus gang rape made headlines this week, a string of protests have erupted in the country, with throngs of Indians flooding the streets demanding justice and change. Many have called for the men who committed the crime to be executed.

"We have been screaming ourselves hoarse demanding greater security for women and girls. But the government, the police, and others responsible for public security have ignored the daily violence that women face," Sehba Farooqui, a women's rights activist, said this week, according to the AP.

In Mumbai and elsewhere, groups of supporters have also organized vigils for the 23-year-old survivor. NDTV reports that around 100 people gathered with candles on a Mumbai beach to pray for the woman this week.

"We face eve-teasing every day," said Niharika Khanna, a 19-year-old female student who attended the vigil. "Whether it's when we are going to college or whether we are waiting for a bus at the bus stop. We have to address this issue now. This is happening everywhere. It is horrible. Women have to raise their voice. What we are wearing cannot become a topic of discussion. Women are not safe anywhere, whether it's Delhi or Mumbai."

On Wednesday, three of the six men accused of Sunday's rape and assault were brought before a New Delhi court. Two of the accused confessed to involvement in the crime, while the third man agreed to undergo an identification test. NDTV reports that he has since been identified by the woman's male friend.

Vijay Sharma, a 20-year-old gym instructor and one of the accused, reportedly told the court on Wednesday: "I admit to my crime. Hang me."

A fourth man, Ram Singh, who allegedly led the attack, has been detained, but has yet to appear in court. The status of the two other men who were reportedly involved in the attack remains unconfirmed at this time.

It is believed that the six men, who are thought to be friends, had gone "on a joyride" on the bus on Sunday night. 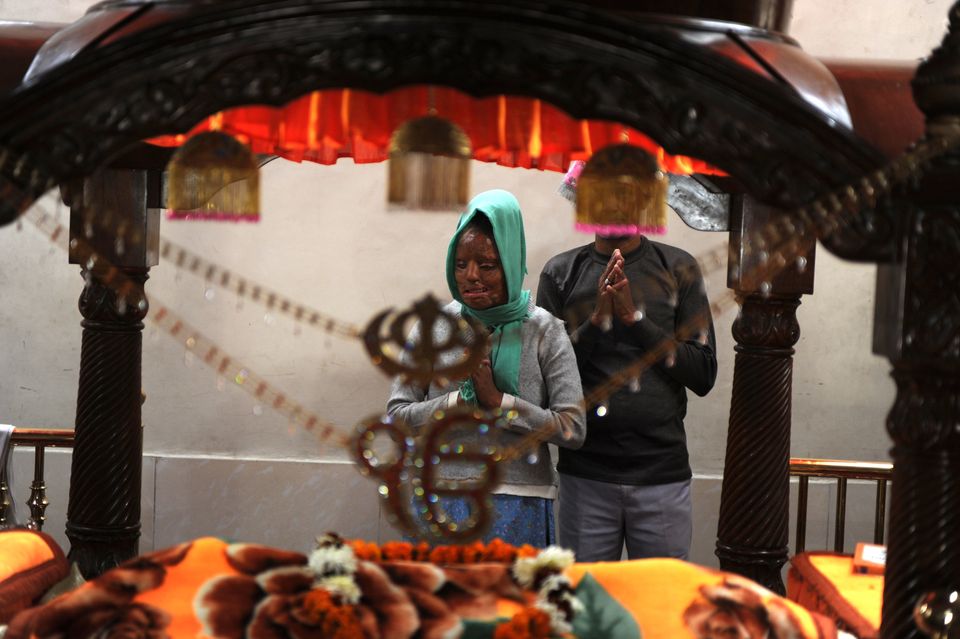