With a radiant smile and an angelic voice, Demi Lovato became friends with television’s favorite purple dinosaur on "Barney and Friends" at age 7 -- but the twinkle in the starlet’s eyes went out when the lights on set did.

Lovato, 21, is Cosmopolitan For Latinas’s “Fun, Fearless Latina of the Year” and the face of their summer issue, on newsstands May 6. In the interview with the magazine, the singer opened up about her childhood depression and why she now feels the need to inspire young girls.

The star spent hours singing and dancing on the set with Barney for thousands of viewers at home but the reality, says Lovato, was quite different behind the scenes.

“It was that loneliness you get when you’re sad and it’s the middle of the night, and even though you have family and friends to call, it’s hard to pick up the phone,” Lovato told Cosmo for Latinas.

Years of struggle with drug abuse, bulimia and self-harm ended with a stint in rehab in 2010 and a break from the spotlight that marked a new beginning for the singer. Since then, Demi not only returned to acting and released two albums but has made it a point to be honest about her past.

“When I was younger, I needed someone in the spotlight to idolize, who stood for positivity and light and happiness, and wanted to change the world,” Lovato told the magazine. “And because I didn’t have that, I realized I want to do that, if only for my 12-year-old little sister.”

The singer is currently on the second leg of her Neon Lights tour, promoting her fourth studio album DEMI with concerts in Latin America. While on the road she stays connected with fans via Twitter, posting no make-up selfies and words of inspiration.

In fact, not covering up her face is essential to feeling sexy for the Dallas native.

“I feel sexiest when I’m comfortable — this means when I’m in my element onstage, and also when I’m wearing a T-shirt, jeans, my leather jacket, and no makeup!” the “Neon Lights” singer said.

When it comes to her career, the star has no intentions of slowing down. Demi not only aims to make a name for herself in music history but hopes to dip her feet in Hollywood.

“I’m very proud of how far I’ve come, but I definitely want to win a Grammy one day, and I dream of winning an Oscar,” Lovato told Cosmo for Latinas. “I want to continue to tour and build my fan base and make music that will last for decades.”

Check out Demi on the cover of Cosmo for Latinas and more below: 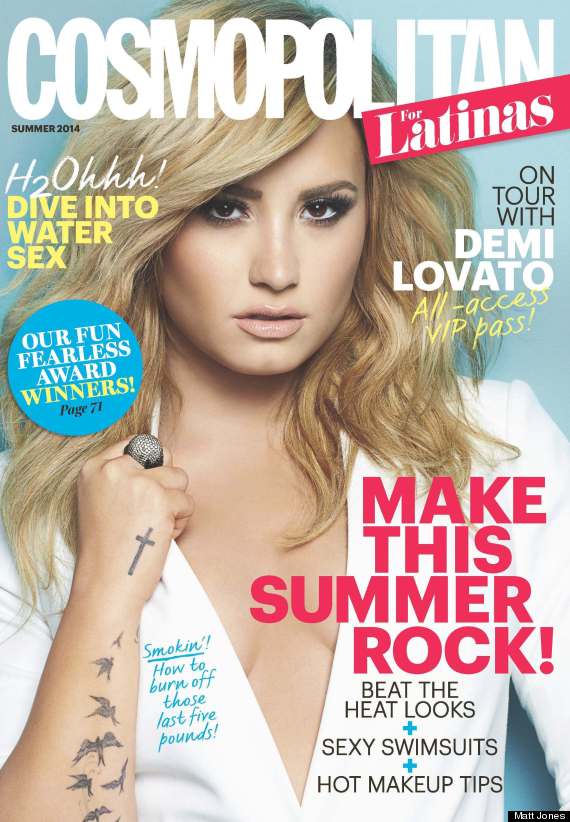 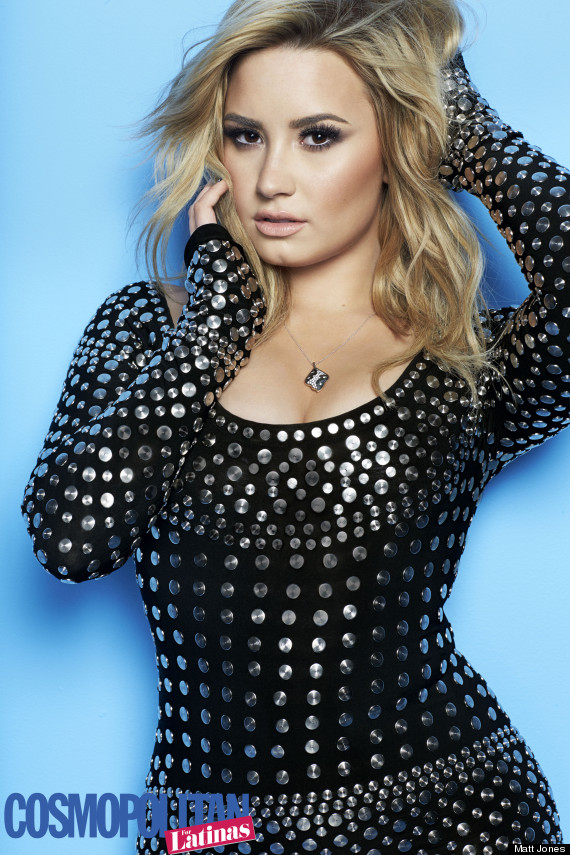