After posting a side-by-side image of four of her recent VMA outfits to Instagram on Monday with a note about her own body struggles, Lovato opened up to Access Hollywood about how she thinks things have changed since the time that she was a young girl.

"When I was growing up and when I was a pre-teen, the people that I had to look up to [for] body image [were] extremely underweight," Lovato said in the interview on Thursday. "[They] were all very bony at that time and that was the in thing."

But the singer says now things are different. "I really credit women like Beyonce and Kim Kardashian. [They] completely revolutionized our generation's view...of what beautiful is," she said. "You can think whatever you want about the Kardashians, but they really did help tons of women feel comfortable in their own skin, and I like to carry that message on." 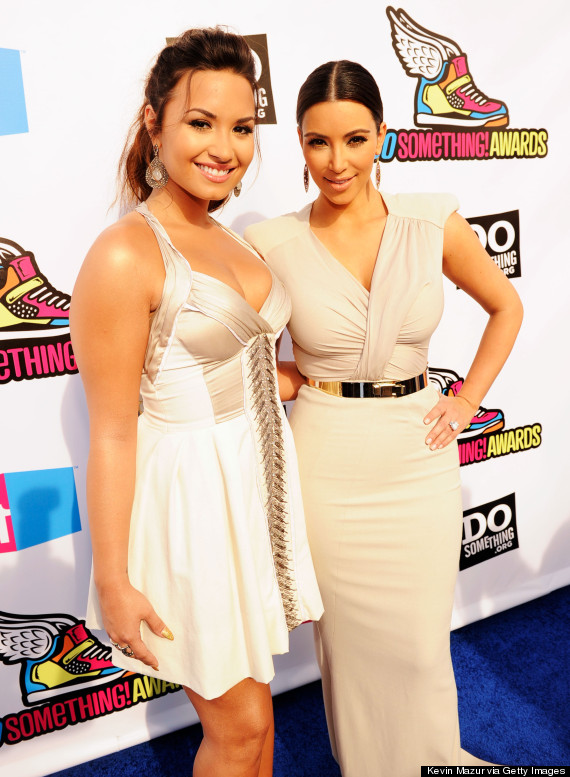 Since attending treatment for eating disorders and cutting back in 2010, Lovato has strived to be an outspoken role model for young girls dealing with cultural pressures to be thin. She spoke to Ellen DeGeneres in 2011 about the importance of seeing a variety of body types represented in media:

"There was nobody out there for me to look at and say, maybe this is unhealthy. Maybe starving myself isn't the answer," she said. "So I want to be that for a 13-year-old girl at home deciding whether or not to eat dinner, or an 18-year-old deciding whether or not to keep her breakfast down. There needs to be a role model out there, and for the first time in my life, I actually feel like one."

Bodies naturally come in all shapes and sizes, and our culture should not endorse one specific size or type over another. A big thanks to Demi for taking a public stand!