The carnival-themed lyric video for "Made in the USA" was apparently a major hint for the real thing. According to a special behind-the-scenes teaser she just released, Demi's newest video will be set at a similar-looking theme park.

More importantly, "Made in the USA" will apparently follow the story of two teens in love, starring faces you might recognize: "90210"'s Dustin Milligan and "Friday Night Lights"' Aimee Teegarden. Demi also co-directed the video.

"I came up with the treatment for the video, I saw the shots that I wanted to do," Demi explained. "I told my manager and I kind of walked him through it step-by-step, and he said, 'Well, why don't you just direct it since you know what you want?'"

Judging from the on-set interviews, Demi took the role very seriously. The singer is shown giving feedback on scenes and directing the actors from behind the camera. Watch the sneak peek, above. (Don't worry, Lovatics -- Demi's in the video, too!)

Tell us: Are you excited for the "Made in the USA" vid? Do you think it will live up to "Heart Attack"? Sound off in the comments below or tweet @HuffPostTeen!

Teen Made in the USA Teen Celeb 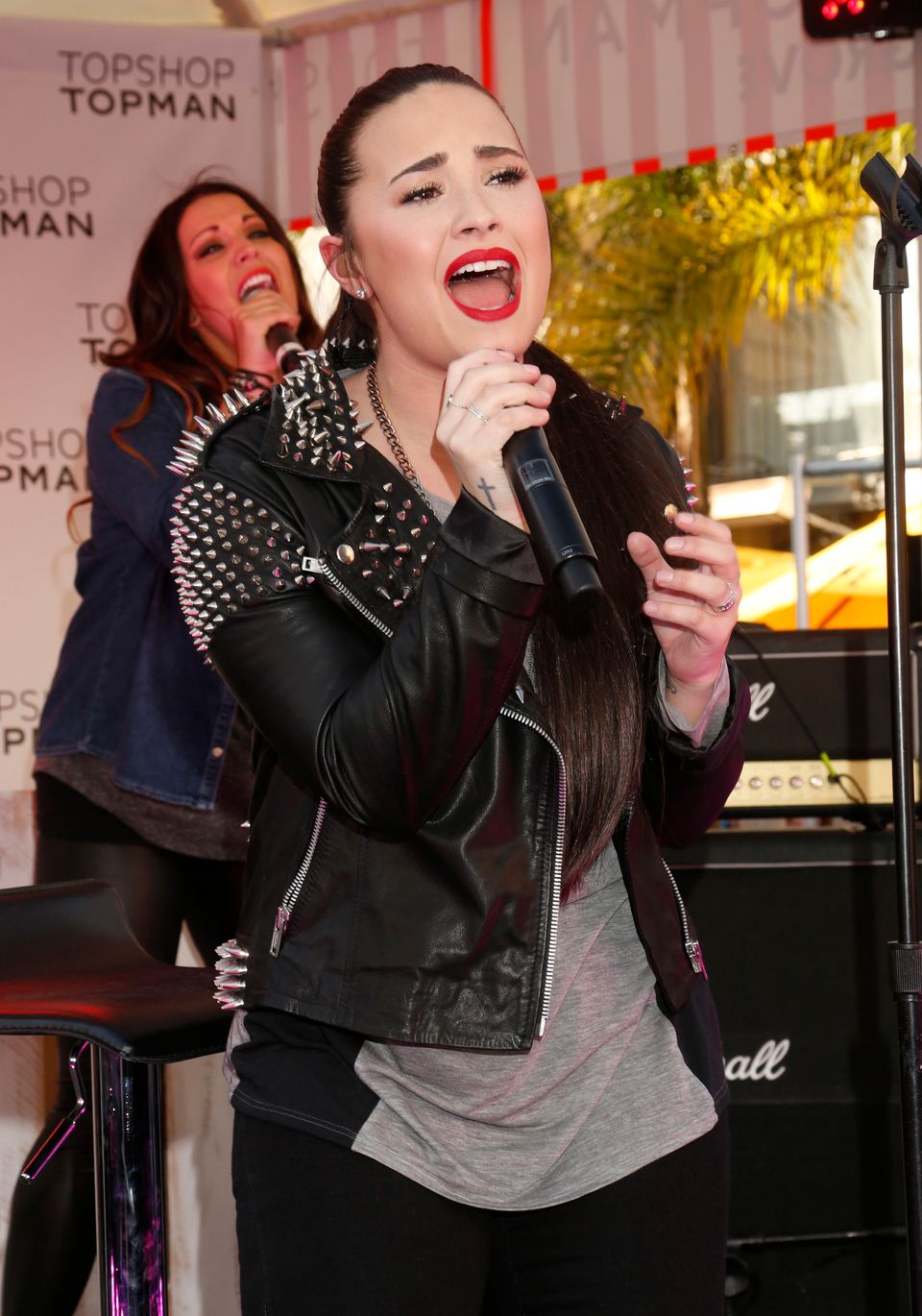