Demi Lovato loves sharing her life with her fans on Twitter, and that often means giving them a sneak peek at a new look.

The 19-year-old singer must get bored with her hair pretty quickly -- just a month ago Demi unveiled her new, bright red hairdo -- and last night she tweeted a photo of herself rocking a chin length black bob with bangs asking fans if they liked her new look.

It's a huge change from the mermaid length waves she's known for -- maybe too big a change. Lovato admitted:

And then added "I miss my black hair :(" 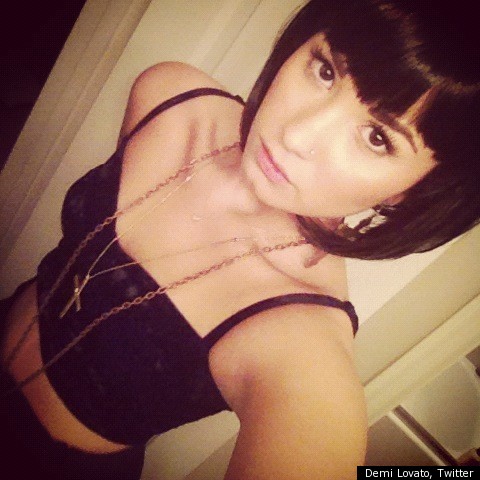